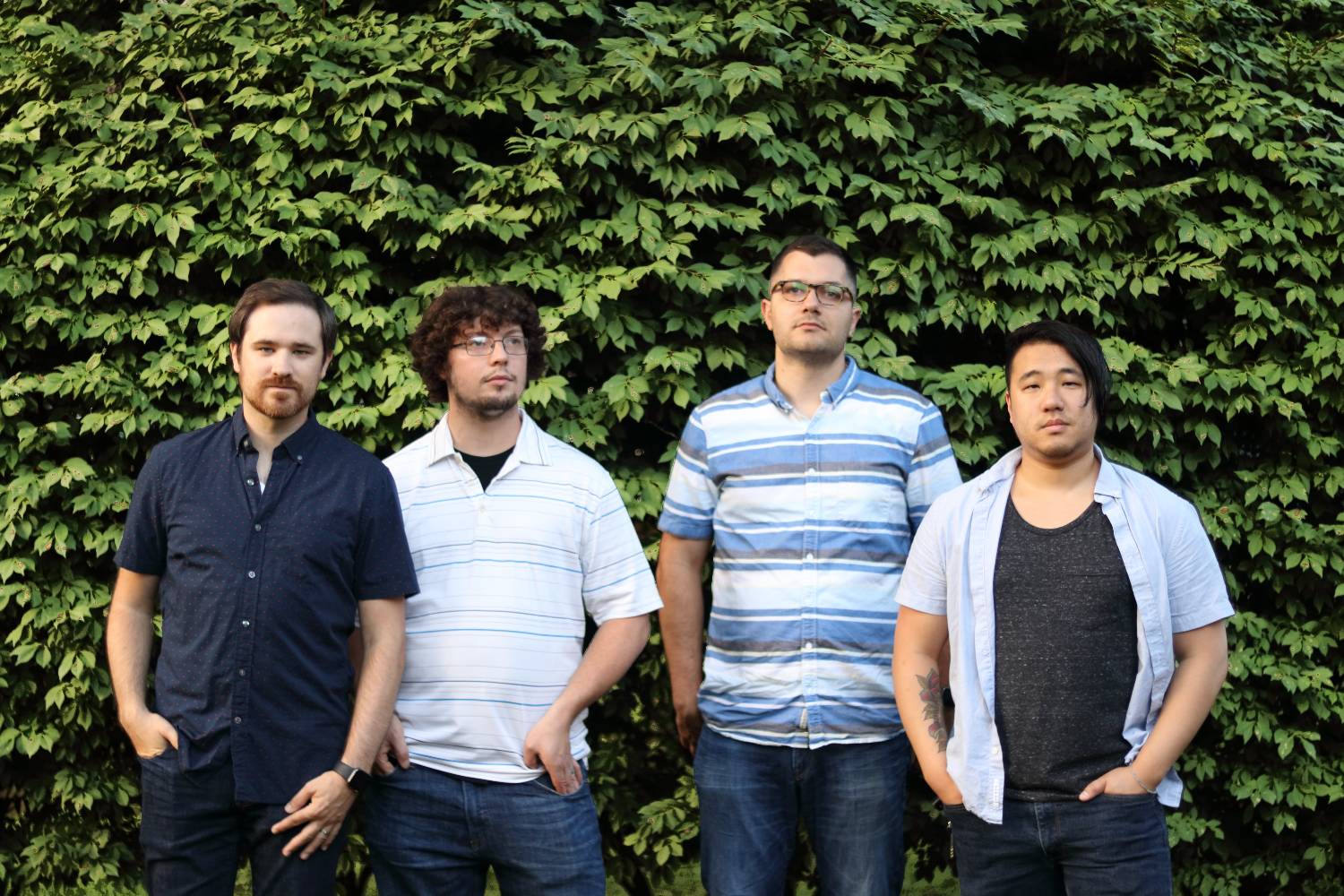 You are now entering an area where you are Out of Service. So, get off that god damn phone and tune into Philly alt-rock quartet Out of Service’s brand new album, Burden, which was just released a week ago today. If you you’ve yet to grab or stream it, do so now via Apple Music, Spotify, or Bandcamp. Featuring eleven new songs, Burden is this quartet’s sophomore album and follow-up to 2016’s debut full-length Morning.

Since the release of Morning, Out of Service has created a solid following thanks to some very consistent touring across the East Coast. Listeners have engaged with the band and the music due in large to the straight-up, honest lyricism, relatable storytelling, and engaging music that, frankly, sounds damn good. The new record, which features stronger songwriting and tighter sonic structures, was produced with Nathan Hussey of All Get Out. With the general stylistic similarities between All Get Out and Out of Service, it only made sense to have Hussey help flesh out the songwriting and production elements on Burden. The album is a cultured and engaging affair, with well-rounded musicianship, tangible intensity, and some shoegaze elements as well.

They have been compared to Thrice, Manchester Orchestra, and Citizen, all bands to which Out of Service are very happy to draw comparisons. With a well-made and relatable new record, we caught up with Out of Service to learn more of the inner meanings and aspects behind each of the eleven tracks found on Burden.

– All of the songs on Burden revolve around depression and anxiety, and the experiences I’ve had over the last two years due to it. There was a point at which I had exhausted all of my mental fortitudes and started having panic attacks multiple times a day and I couldn’t function anymore. “Threshold” in particular is a song about reaching that breaking point. It tells a story of a levy being overtaken and a flood ends up destroying everything and washing anything of stability away.

– If “Threshold” is about reaching the breaking point, then “Sleep” is about what happened in the direct aftermath. There was a period of time where my depression had reached its apex and I no longer had the desire to exist. So I opted to sleep all of the time and be present only in my dreams. Eventually, it reached the point where I would have been content to do this until I either became very sick or ceased living.

– “Ash” is a song about how I wasn’t able to simply just sleep my life away. As much as I would have wanted to, there were still moments where I’d be consumed with my thoughts. It describes my thoughts of failure and also musings of how I would be remembered after I have passed and been buried. It also describes my desire to be rid of my negative thinking and feelings about myself.

It may look like a nation’s flag, but it’s actually the cover artwork for the new album Burden: 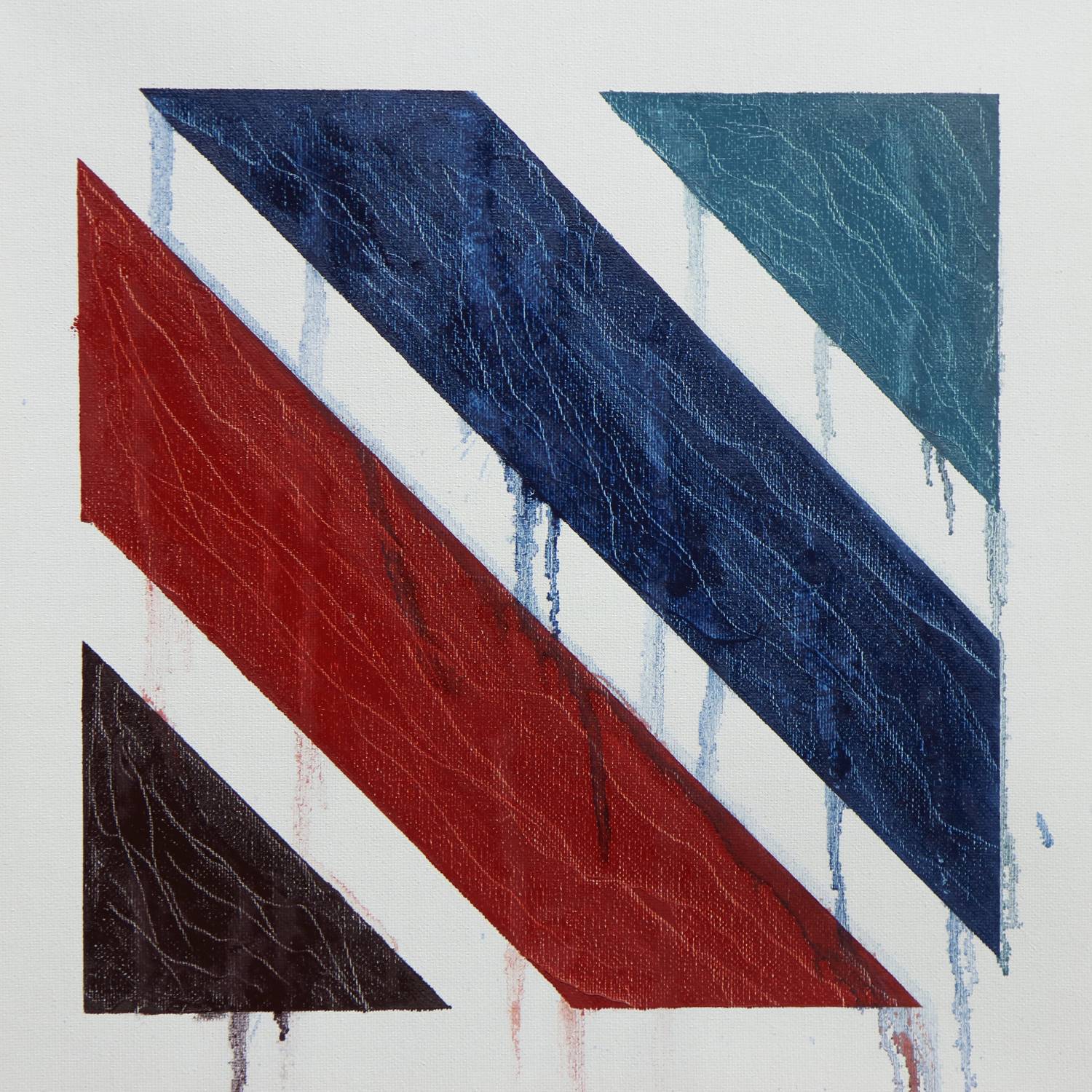 – “Name” is a short piece of music that is supposed to be the point where I started having severe suicidal thoughts. This period of time felt like a dream or a nightmare and so we tried to portray that in the way we wrote this song. Lyrically it almost presents itself as a conversation between the afterlife and myself.

– Eventually, I spoke to my family about how I was feeling and thinking about not wanting to be alive anymore. We looked for places for which I could receive help and I ended up in an intensive outpatient therapy program. During my time there I attended a great deal of group therapy sessions where I was able to listen to others tell their unique experiences and it gave me a sense of belonging because there were people around me who felt as I did. “Stories” is a song that portrays my time in that group.

– While I was attending the program, I had a difficult time trying to figure out what parts of me needed to change. It was hard to imagine myself being anything other than what I had always been. I was also receiving care in the form of having medication managed for me. And I knew how important that was but also that it would not simply solve all of my problems. Our song “Chemicals” visits those ideals.

– Throughout this entire experience I have had support from my family and friends. And despite how grateful I am for them and everything that they do for me, I have always felt a sense of guilt for bringing this into their lives. “Burden” is a song that takes my fears of how everyone else thinks of me and brings them to life even though no one has told me that I truly and a drain on them despite me believing so.

Out of Service have some “Stories” to tell in this emotional new music video:

– It’s not always clear what life experiences could affect a person in the future. Some may be benign, but others may leave a lasting impact that persists for the rest of their lives. “Trauma” is about my own personal family trauma and how I have learned about how it affects me even though my experiences happened years ago.

– “Uneasy” is a song about the fear of having to start over. I had failed in what I was attempting to do with my life and the thought of having to do something new and possibly fail again was terrifying. Part of my anxiety is a desire to control everything around me and thoughts of an unknown future can be very daunting. “Uneasy” describes those fears and a desire for someone to tell me what I should do since I don’t have all the answers.

– “Erie” is a continuation of the themes visited in “Uneasy.” The spoken poem is centered around doubt and the fear of not being able to survive another failure.

– It’s impossible to know what will happen in the future. Things may change for the better or they may simply become worse. “Tomorrow” describes how there will always be a new day and there will always be more choices to make. It asks the question, will you be able to make the hard choices, or will you end up right back where you were?

Listen as you read to the new Out of Service album Burden: