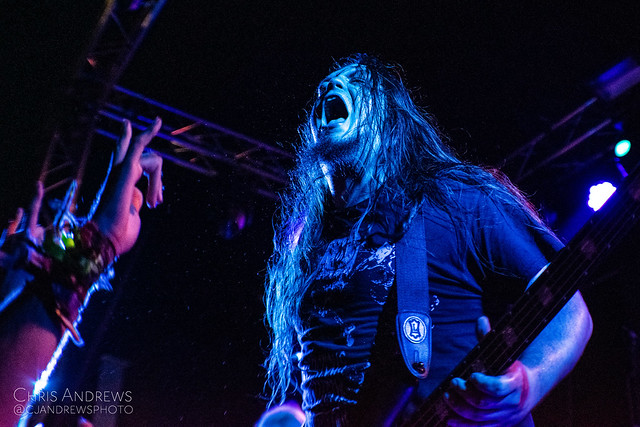 Just north of Camden, UK, The Dome tonight turns into a hub of some of the heaviest music the U.S. has to offer with a sold-out stellar lineup ready to punish the ears of all in attendance. Death metal veterans Nile headline, with the emperors of Egyptology ably supported by longstanding scene members Hate Eternal and relative newcomers Vitriol (who still have nearly a decade of experience under their belt).

With tonight’s early doors, Omophagia, who started just past 6 pm, were unfortunately missed, with Vitriol as second support and the first band seen. Right from the beginning of their set, it’s clear they’re sat in good company, with their fast-paced technical death metal getting the crowd nodding along front to back. Many cuts from debut album To Bathe From The Throat Of Cowardice (out on Century Media) are on display, and leave such an impact that I picked up a copy on vinyl. There’s a raw savagery to their music, combined with a ludicrous amount of technicality too, particularly from Zlatan Ibrahimovic lookalike Adam Roethlisberger on bass. Putting on an impactful performance to truly remember, Vitriol is both one to keep an eye on for the future as well as check out right now.

Main support comes from experienced death metallers Hate Eternal, a band whose own reputation is almost on par with tonight’s headliners. Despite a history of several lineup changes, frontman Erik Rutan casts an unmistakable figure cramped to the left of the stage, unfortunately all bar Nile tonight are confined to a sliver of space given George Kolias’ mammoth drumkit already mounted on a riser behind them. Their performance is consummate and razor-sharp as you would expect, and the audience duly mosh along, with the most open and violent pits of the night seen for the Floridians. Leaving the stage to roars and horns from the crowd, it’s a headline level performance from the three-piece.

Hate Eternal’s latest slab of heaviness is “Upon Desolate Sands.” Check out the video:

Tonight’s headliners are familiar to all who know the death metal genre, and Nile make no hesitation in launching into one of their better-known tracks in “Sacrifice Unto Sebek” (2005’s Annihilation Of The Wicked). From a discography spanning 21 years, commencing with Amongst The Catacombs Of Nephren-Ka (1998) and soon to be bookended with the forthcoming ninth album Vile Nilotic Rites (out November 1st on Nuclear Blast), the band have many a track to summon from such a vast back catalogue and there’s no let-up in their set in the quality of music on display.

With the key change from their last release being the departure of long-time guitarist and vocalist Dallas Toler-Wade, to be replaced by Brian Kingsland, they sound remarkably consistent from when seeing them previously, and with the chemistry on stage you could be forgiven for thinking tonight’s four members had been together since the start. As a band who’ve seen several bassists come and go, what’s equally surprising and pleasing to see is current member Brad Parris centre stage, driving the audience on and ensuring full engagement from all in attendance.

The response in the crowd is slightly less visceral than it was with Hate Eternal due to the more technical aspect of Nile’s music, combined with there being barely any space in the 500-capacity room to open a pit up by this point. It’s unbelievably sweltering and sweaty at the front of the room, not that this distracts the musicians on stage though as they rip through their set with energy and accuracy. Closing with “Black Seeds of Vengeance,” Nile has shown tonight that there’s no slowing down in their career, and forthcoming album Vile Nilotic Rites should continue to be at the same quality as their extensive and exceptional back catalogue. 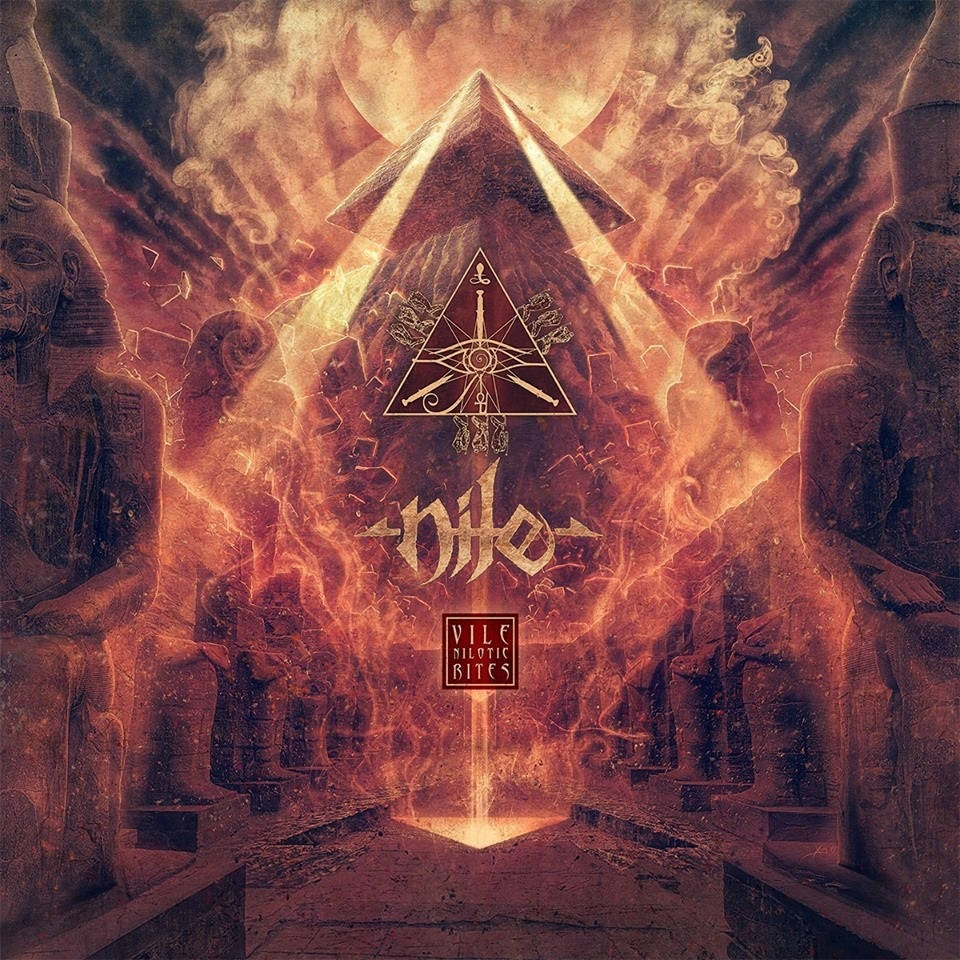