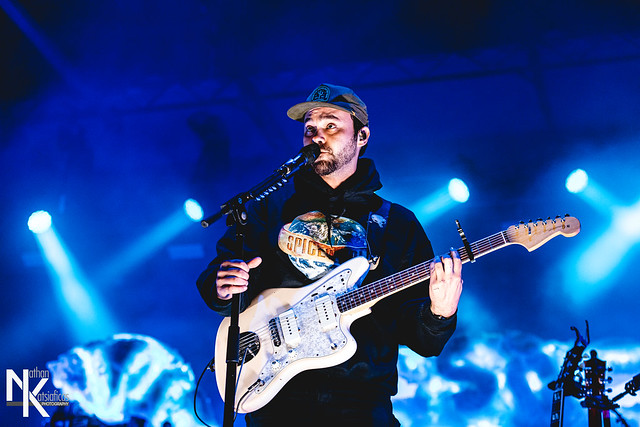 One-man band Shakey Graves and psychedelic rock/indie-folk band Dr. Dog just wrapped up a multi-week co-headlining run across the states. We caught the tour as it came to play the last show of the season for Portland, Maine’s riverside outdoor venue Thompson’s Point before a near-sold out crowd that braved a chilly evening to attend. And while many were interested in the bands playing tonight, there’s also nothing to lose by seeing any concert at this venue, which sits alongside a river estuary, and is lined on one end by local food trucks (including the amazing Koran barbecue/Mexican mashup Tacos del Seoul) and vendors selling local brews.

After an opener started things up, Dr. Dog came on and played an upbeat set that got fans immediately dancing. The band has a large following nationally, but especially in New England. Many of the fans tonight were seemingly there for Dr. Dog. Frontman Toby Leaman was all smiles as he and his bandmates fed on the crowd’s energy to put on a killer performance, bringing out a block of hits mid-set featuring, “The Breeze,” “Nellie,” and “Where’d All The Time Go?” that turned into one great big sing-along. The music ended with “Abandoned Mansion,” and as the band left the stage along with the setting sun, they seemed to take the last of the warmth in the autumn air with them.

As Shakey Graves, a.k.a. Alejandro Rose-Garcia, took to the stage, the cold front fully descended. Luckily dancing to music is a great way to keep warm! He opened his set solo, playing the guitar and using a suitcase kick-drum under his foot to keep time as he played “Word of Mouth,” “Cops and Robbers,” and “Pansy Waltz.” Solo acts can sometimes be boring, but between his expressiveness and his banter, he was more than entertaining enough to hold the attention of the audience, at one point remarking that he loved our city but it was so damn cold he couldn’t feel his fingers.

After these first few songs, he was joined on stage by, as Rose-Garcia described, “some good pals that he has on the road with him,” and they continued the set, playing several more including hits “Nobody’s Fool,” and “Late July.” Many tried to stick it out with the temperatures but fans did start to file out before the set-ending number “Dearly Departed” rang out. All in all, it was one hell of a way to end the season at this venue! Keep an eye out for new tour dates from Shakey Graves. As of now your best bet to catch him before the end of the year is in Texas at Utopia Fest in November.

Here is the official music video for this evening’s set closer, “Dearly Departed”: 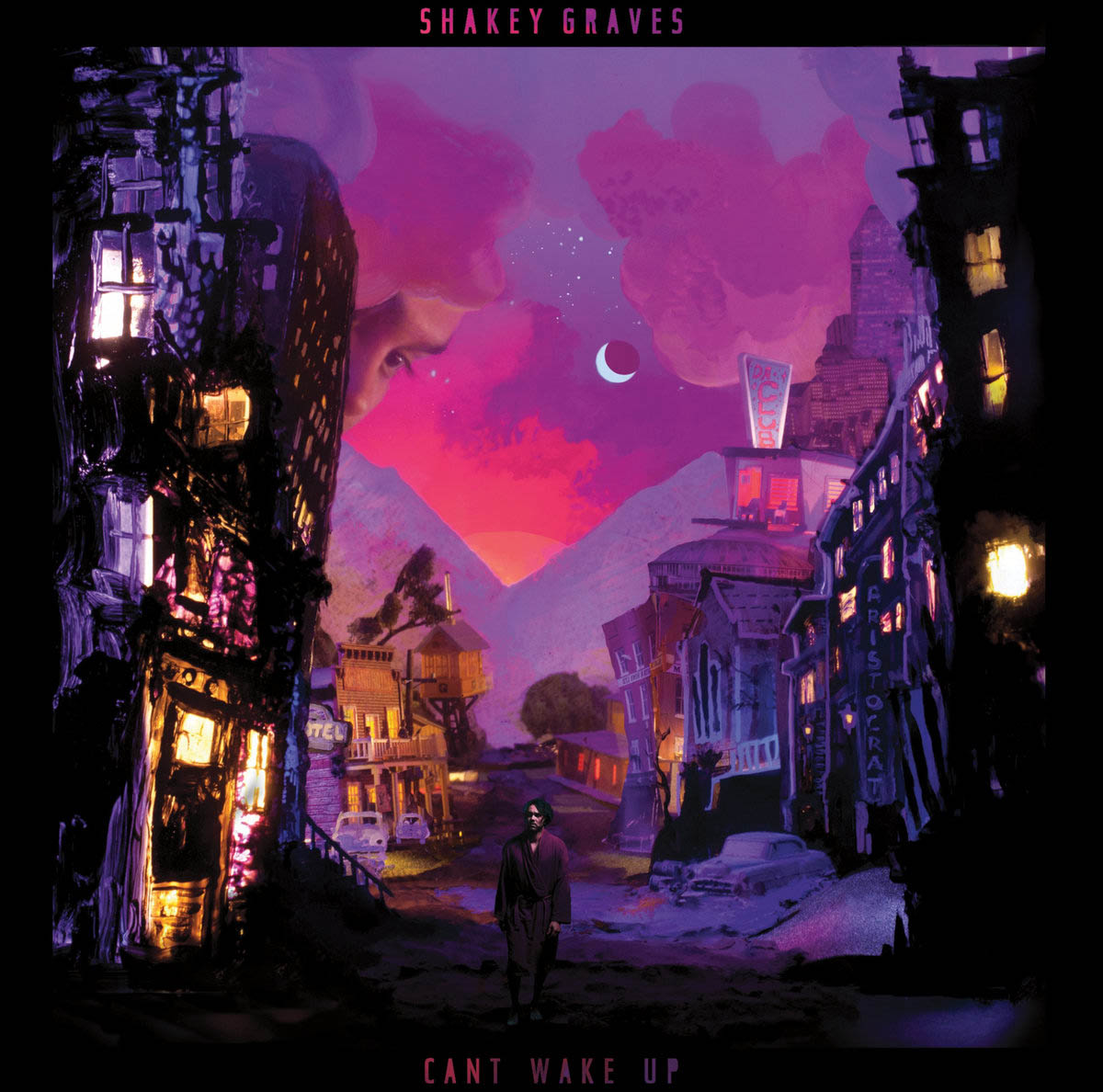