On June 7th, 2019, Houston, Texas-born indie electronic artist Samuel Proffitt released his new, five-song EP titled Good Death via Nettwerk Music Group (stream/purchase here). The chill album sees this philosophical writer, poet and musician (he holds degrees from Boston College in both Russian Literature and Linguistics and Interdisciplinary Philosophy) tackle topics such as memory, death, and trauma. While thematically heavy, the accompanying music is extremely light and the perfect companion to the subject matter; one which affords the listener a perfect environment to collect his or her thoughts.

Preceding the album’s release was the stellar single “You (In Flames Reprise)” [feat. Crywolf], a song which, according to Samuel, “[he] wrote . . . towards the end of last year, sampling a Russian orthodox choir as [his] main instrument. With the nights growing longer and the cold more bitter, [he] wanted to confront the listener with a depiction of my mental and emotional state—the overwhelming strain of inner turmoil coalescing with the literal and figurative darkness engendered by winter—through the song’s cold and despondent, yet immersive character.”

No death is a Good Death, unless it’s this EP:

Proffitt continues by saying, “Each time I listen to ‘In Flames,’ it’s as if I’m hearing Justin’s (Crywolf) performance for the first time, and due to its staying power with me, I wanted to transpose the message into a new context. The intro of the song serves as the progression from ‘In Flames’ to ‘You,’ beginning with haunting reversed vocals and strings and ending with the key change. Much of the significance is drawn from the fact that whether it is heard in conjunction with ‘In Flames,’ in the context of the new EP or as a standalone piece, a multiplicity of meanings and connections can and will surface, some incongruous others complementary, with every new reading strengthening its intertextuality.”

The world needs more intellect and this young man is certianly doing his part. Not one to take much creative rest, Proffitt is in the midst of preparing a “Good Death” book with “various prominent and underground artists from Russia, Canada, Lebanon, and the U.S., featuring his own photography, short stories, poetry and fragments, alongside their work.”

The “You (In Flames Reprise)” [feat. Crywolf] single dropped on May 24th, check check out the cover art: 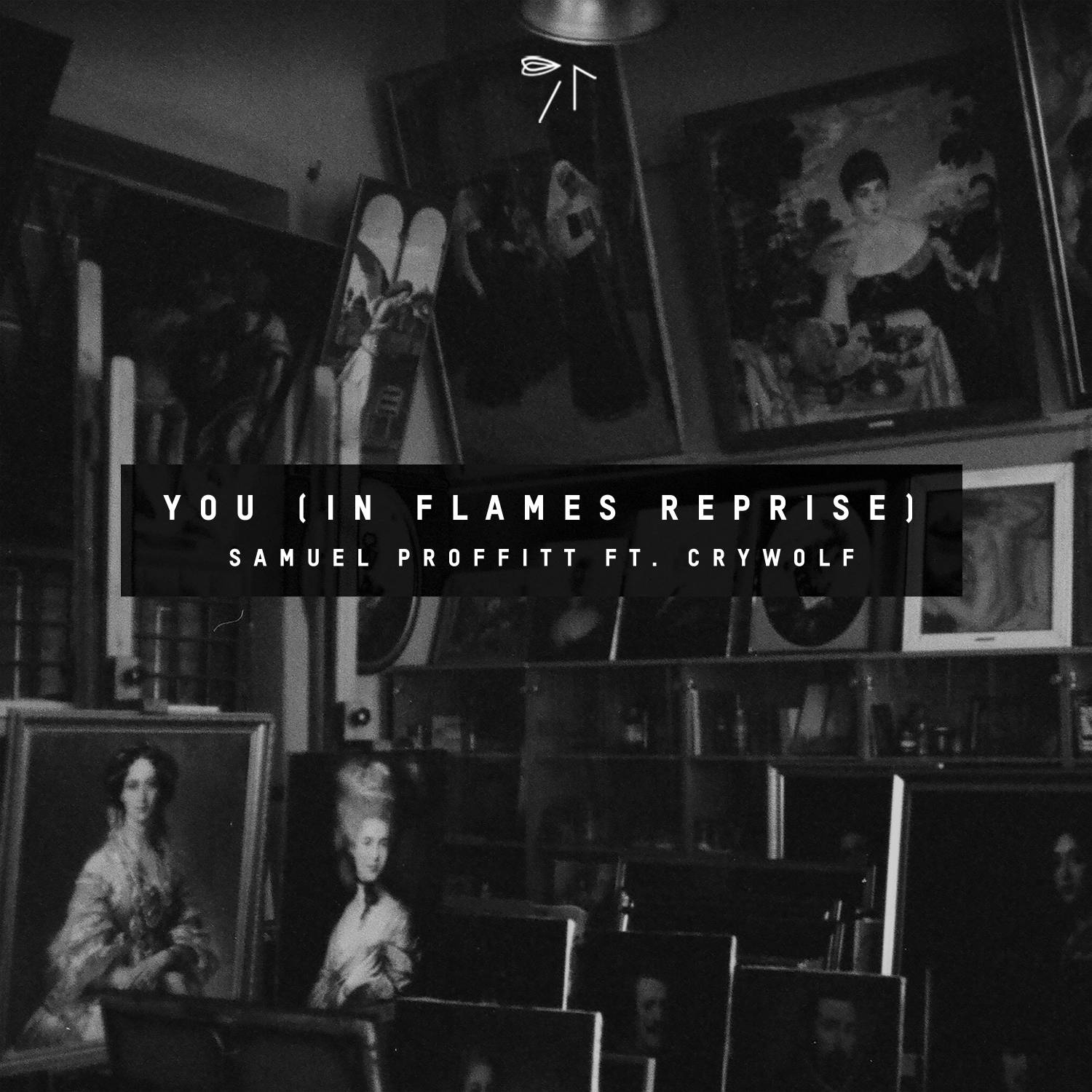