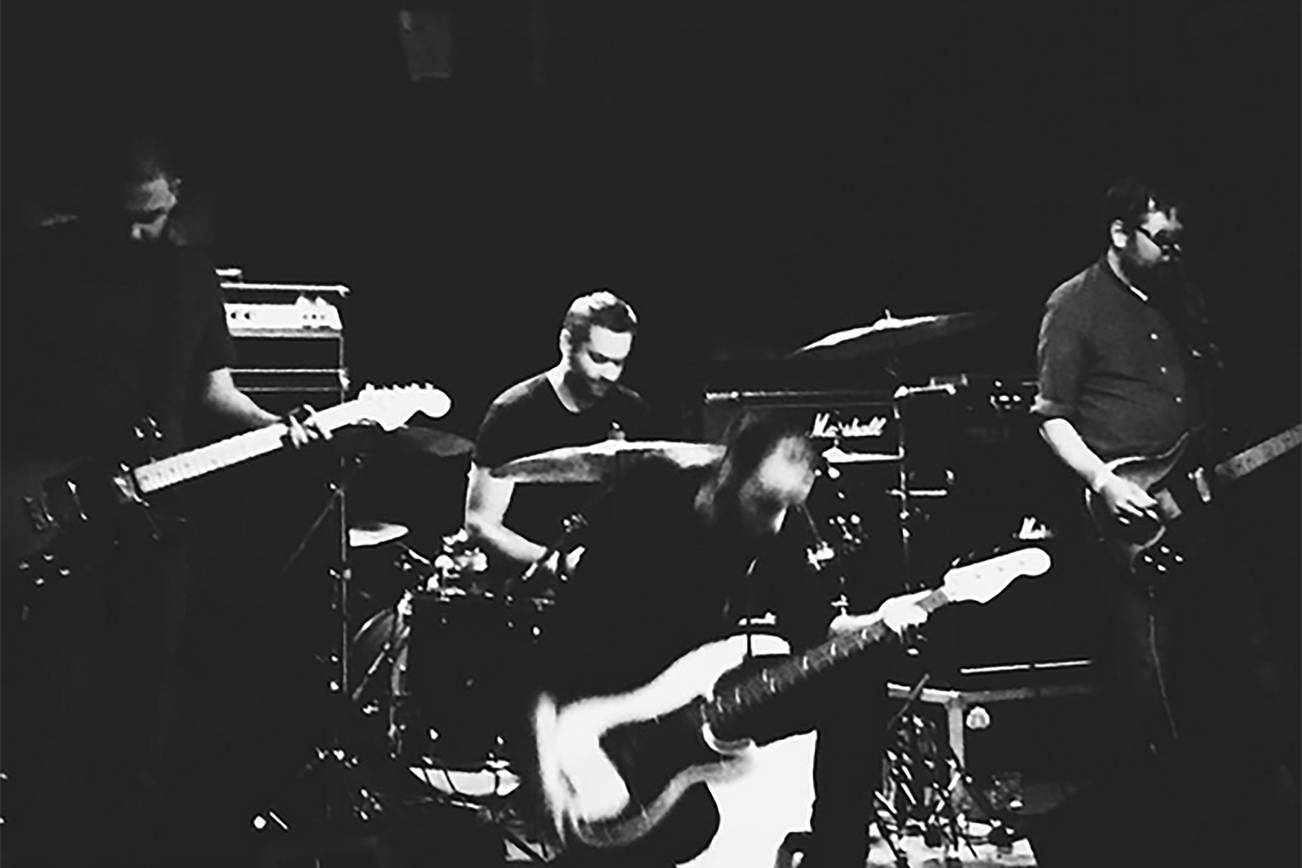 Comprised of talented musicians from bands including Everdown, Eksi Ekso, The Burning Paris, On Fire, Caspian, and Seneca, Lavinia have harnessed their penchant for post-rock and emo and the resulting offering is as cold, bleak, isolating and expansive as a blizzard-slammed winter night in the Arctic Circle. Musicians Nathan Shumaker, Jon McMahan, Brendan Ford, and Mike DiTullio have certainly outdone themselves (easily surpassing past releases such as their Take Shelter EP) and we’re lucky to have Shumaker both elaborate on the album, and offer the following breakdown of each of the recording’s eight tracks:

“Sallowed was basically realized on drives to and from work to Boston while having to be back in small New Hampshire for my ex-wife to finish school. Upon moving to Austin, TX the vision became a reality with various awesome people. Old and new friends all around, we made something I think we’re all proud of. Decided to go back to New Hampshire to record the record because that was what it was about. The aching of wanting to leave, but caring about it too.”

What you waiting for, friend? Sink into your chair and experience Sallowed today!

01. “White River”
– A bit of a joke because Brendan, our bass player, used to live in Vermont when I was in New Hampshire. Perfect segue — and my friend Tess Wiley sang gorgeous backup vocals (from Austin originally) so it tied it together as a last-minute idea.

02. “All Arms Out”
– It’s really just about the pain of knowing you don’t want to be where you are either physically or metaphorically. All things will end, we just don’t how or when. First song I’d written in Austin fully, and seemed fitting to begin the record.

03. “Wither”
– It’s a simple break-up song but rooted in depression; an angry depression.

04. “Embers”
– It’s a simple song about being at a party in the woods in New Hampshire, bonfires were had a lot, and seeing the girl you had a thing for leave with another guy. And knowing another reason why you wanted out. Brendan and I wrote it, and the end riff was so massive when he came up with it, it made old Lavinia into new Lavinia. 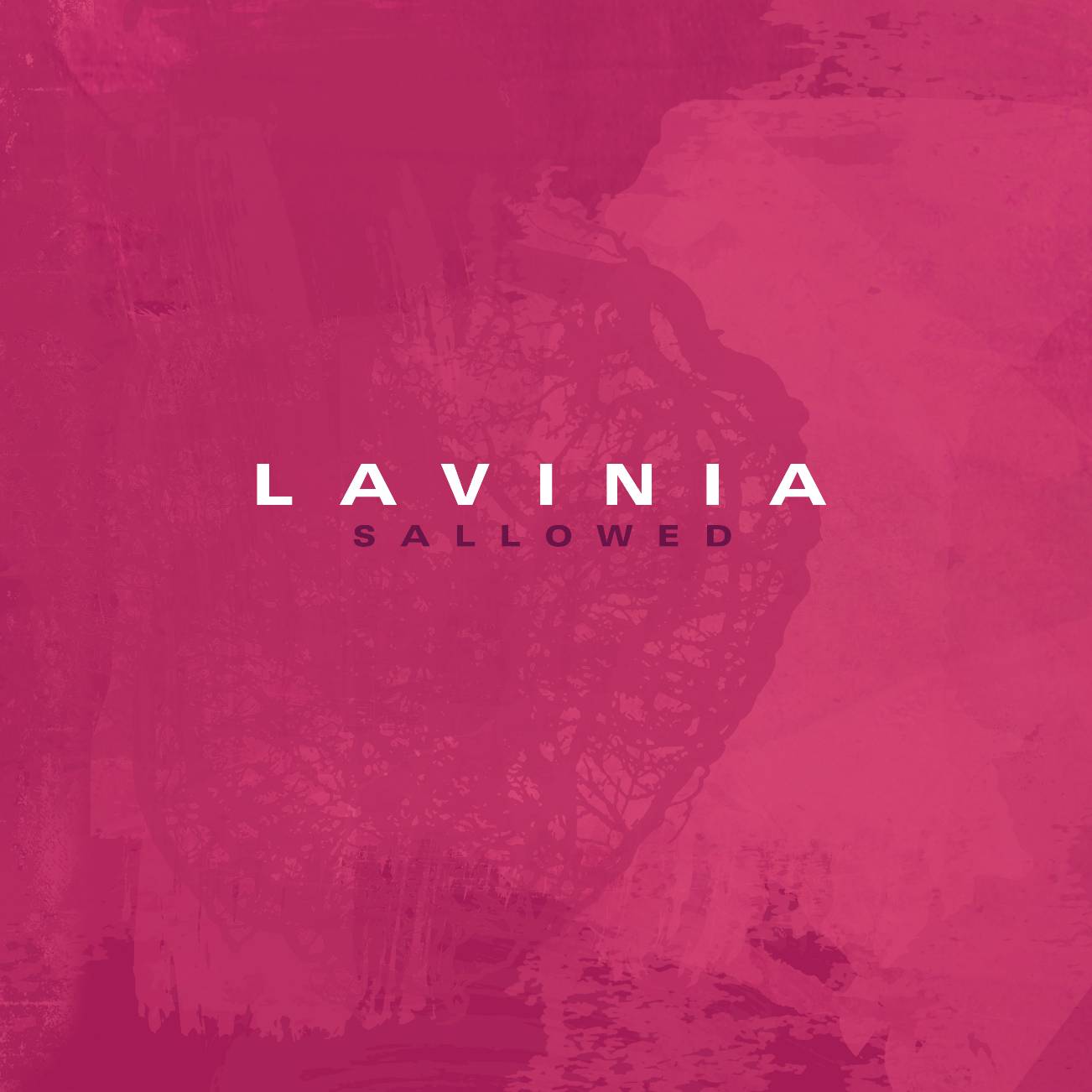 05. “Last Leaves”
– This song was kind of an accident. Jon had this thing we loved the initial riff, so he adapted it. The last riff I’d been trying to fit into anything since I was in On Fire, just never worked, finally found a home. Lyrics are just sad about losing people you loved. And yes, we know the lead at the end is almost the “Top Gun” movie theme song, and we didn’t care. Cause it was a happy moment in our music for once.

06. “Fall Risk”
– The title like previous records has nothing to do with the song. I had to have minor surgery and they put that arm band on me, it was funny… but they were right, when messed up on meds it will do that. I guess—simple break up song. We didn’t think it need a lot of vocals. But more came as we played it. When recording, Phil from Caspian came in and played on the end. Between him and Jon’s parts to me it’s crazy. A guitar frenzy. Again, my friend Tess sang backups and made it better.

07. “Window”
– Simple song about see out my simple bedroom window in winter. Just watching cars. It was pretty quiet at night. Also relates to relationships and how we meet people. We loved playing the ending so much cause of Mike’s drum changes. Probably the most Mineral ripoff we could do.

08. “Sallowed”
– This was our epic ending song. Brendan wrote the riff and were like “yeah that’s the sadness we want here”— a gain the final break up song with home in a long retrospect—but when you live in 3 states in a calendar year, it happens I guess—end riff I had kicking around forever, and it worked. It’s kinda a post-rock Starflyer 59 tune. Because of that it felt like being home.

Totally worth your time is a stream of then two-song Take Shelter EP. Do it now!