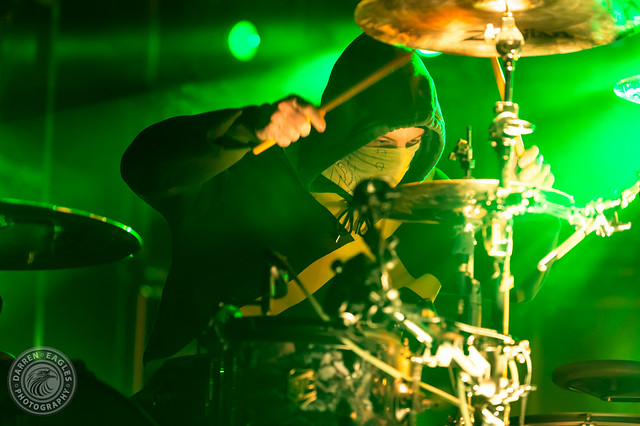 Twenty One Pilots took Toronto’s Scotiabank Arena by storm last week and packed what looked to be two shows worth of energy into one non-stop, frantic crash of light and sound as part of their current “Banditos World Tour.” The Raptors making it to the NBA Finals took a swipe at the band’s scheduled second show this week and it had to be cancelled. The group made every effort to find space for those fans at the first show, which was now packed to the rafters.

As the lights went down, drummer Josh Dun took to the darkened stage with a flaming torch, walking out to the end of the short catwalk over the outstretched hands of the screaming fans. Handing the torch off to a crewmember, he settled into his place behind the kit as multi-instrumentalist/vocalist Tyler Joseph rose from under the stage on the roof of a full sized Cadillac that was engulfed in flames in keeping with the burning car in their “Jumpsuit” video. And if that sounded like a spectacle in the first few minutes, it certainly was. The show never let up from there. Opening with the first two tracks off their smash album Trench, “Jumpsuit” and “Levitate,” they would go onto play every single song off said album (albeit in a different order). There’s no filler on the album and treating fans to the whole thing live is something that more bands should do.

If you’re feeling “Stressed Out” then you should probably watch this video:

The Cadillac disappeared into the floor soon after and it was Dun’s drum riser’s turn to reach for the ceiling. Joseph’s tour-worn upright piano had it’s own riser as well. This was a multimedia show with giant video screens broadcasting both canned clips and live images from the stage and the crowd. Twenty One Pilots fans are known as the “Clique.” And it’s customary for thousands of die-hard fans to camp out days in advance of the show date just for the privilege of being at the rail on the floor and as close to the band as they can get when the show starts. Their fans are some of the most devoted in the business. Many dressed in the band’s trademark yellow, black and olive looks, carrying bunches of yellow daisies, they hung on every word and motion the band gave them.

The theme in many of their songs are life lessons, trials and tribulations, love and loss, and the crushing task of being “good enough” in this connected world where keeping up with the neighbours or classmates is perceived to be impossible, but still expected. The contrast between Dun’s bombastic drum lines and Joseph’s melodies, sometimes played solo through plaintive piano keys or ukelele strings, takes the songs from soft and emotional to a speeding train and back. That’s how their shows go. All packaged up with a giant stage, a second stage for those in the “cheap seats,” all the stage lights in their hometown of Columbus Ohio, confetti cannons, flames, CO2 cannons, backflips and high kicks off the piano, along with a movable catwalk that spanned the whole length of the arena and allowed the guys to walk and perform over the crowd, and to get to that B-stage at the back of the venue.

The album Trench dropped on October 5, 2018, via Fueled by Ramen/Elektra Records. 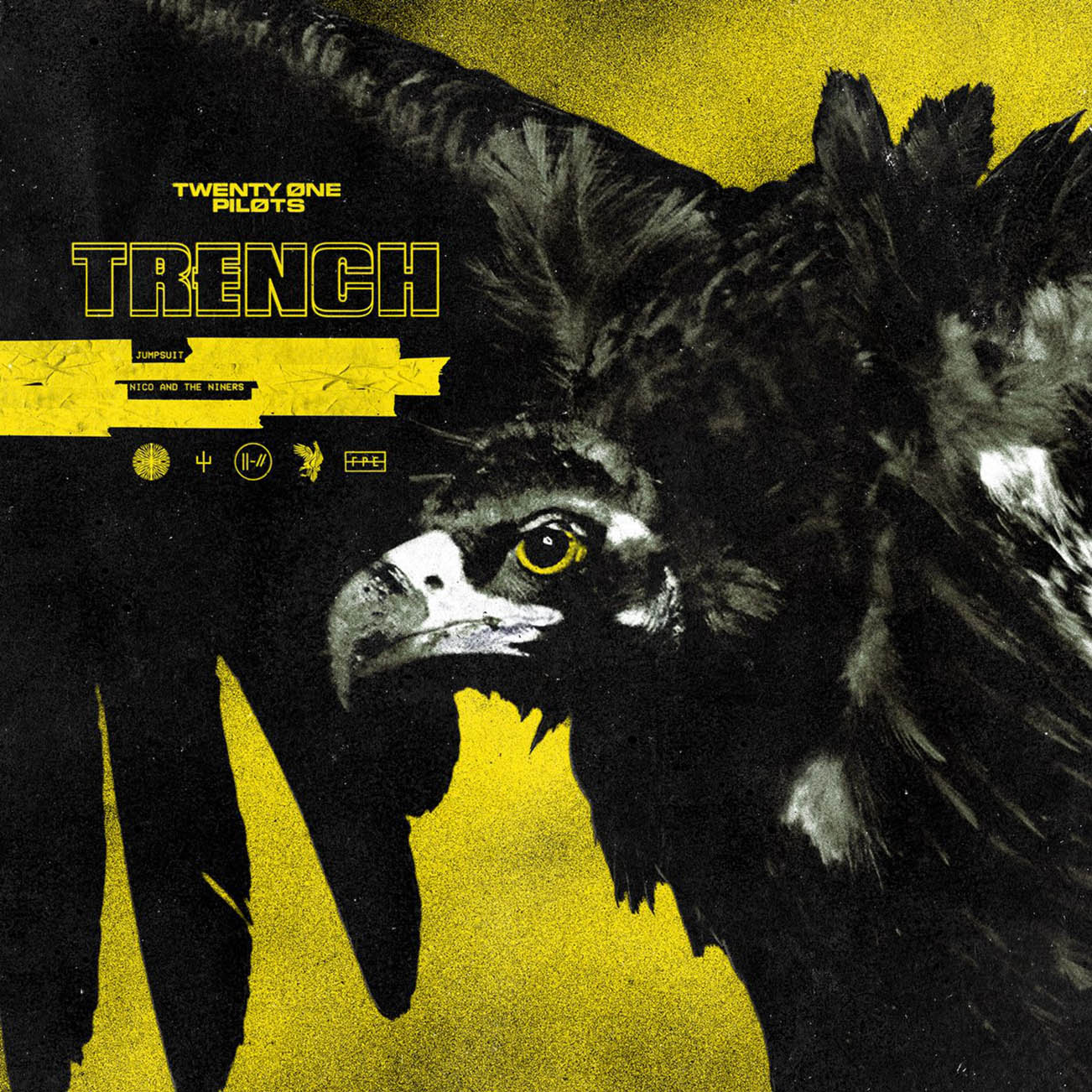 The guys took a quick break at the end of the main set while a lyric video for their song “Truce” played on the screens karaoke style. “Now the night is coming to an end/ The sun will rise and we will try again/ Stay alive, stay alive for me…..” A poignant song with a message that many can take to heart. The three-song encore was “Chlorine” and “Leave the City” from “Trench” and a triumphant show-stopping version of “Trees” from their album Vessel where, at the end, Dun and Joseph headed down to play drums on portable platforms held overhead by the fans on the floor as confetti cannons showered the crowd. This duo brings the whole package.

Turn that “Car Radio” way up for this next song: