It would be limiting to describe Cherry Boom Boom as merely a burlesque show. The word burlesque connotes an image of a woman doing a striptease to jazzy music. Having been categorized as “rock n’ roll burlesque,” it is decked out with beautiful, professionally-trained dancers, combining athleticism and sensuality. It’s an intriguing, sexy, and explosive hour-long ride set to a soundtrack with hits from Guns N’ Roses, AC/DC, Lenny Kravitz, and Led Zeppelin, among others.

After a two-month run of shows on the Vegas Strip, CBB has returned to Los Angeles. Currently dividing residency at two clubs: Harvelle’s in Santa Monica and its sister nightclub Harvelle’s in Long Beach, the shows are packing these smaller venues on each night’s performance. For more information on upcoming shows, and to purchase tickets, you can visit the official Cherry Boom Boom website.

Here’s a quick teaser video of what you can expect at a visit to a Cherry Boom Boom show.

The show’s originator, Lindsley Allen, has enjoyed a long and very successful career as a dancer and choreographer. One of the original Pussycat Dolls, Allen danced and was a contributing choreographer on Prince’s New Power Generation tour; her latest gig is choreographer for ABC’s Dancing With the Stars. Her resume includes numerous jobs working as a dancer, choreographer, and director on high-profile productions in the realms of theater/stage, television, film, and music videos.

“It has a very artistic vibe to it,” says Allen. She says Cherry Boom Boom has a show-type of flow with a story and an overarching theme. “The music is something people always recognize and say, ‘Wow, it’s such a great soundtrack.’” Allen picks the music, insisting that it always has to be something that moves her “from the inside out.” She says one of the biggest compliments she has received is that women love the show and bring their husbands and their boyfriends back, over and over again.

CBB’s current incarnation, ‘American Woman: Rock n’ Roll a Go-Go,’ has been running the L.A. circuit since September. Allen discusses the show and how it has evolved since it began over six years ago. To help with making changes, such as scaling the show down to fit the smaller venues and changing the performers’ routines, she brought on her colleague, Lisa Eaton.

No feature would be complete without an “gnarly” gallery from Mr. Charlie Steffens: 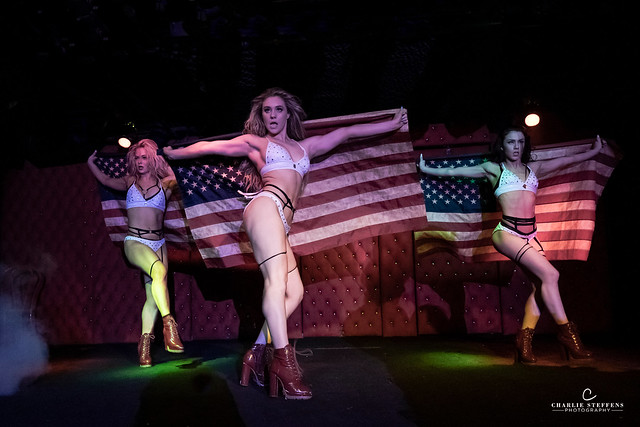 “I wanted a simple kind of set to be able to put in these smaller venues,” says Allen, “and she had created this sort of bar set and we just meshed together so well. We were the original dancers from ‘Forty Deuce’ and ‘Deep’ and ‘Kane’ and all of those places where we were actually hanging from bars that were built into the architecture. To come back from those days and that underground world of these shows that were going on at the time… coming together with her and doing this a new way has just been a full circle, new, modern version of it. I do love that people recognize it and they talk about the artistic value that comes through.”

Predictably, the Cherry Boom Boom lineup has changed over the years. Beyond just physical aptitude onstage, there are other standards to be met before a dancer can be part of Allen’s troupe. “I do the casting and I really am very picky about the dancers that are in Cherry Boom Boom.” In addition to “fire, guts, and creativity,” she looks for a person who can be open emotionally and is able to be vulnerable. During the show, dancers will come offstage, get up close and personal with people in the audience before jumping onto the bar or tabletop. They exude a warmth and affability that isn’t just phoned-in. The show something that has to be experienced in its nightclub setting.

Another, let’s say more NSFW, clip from the festivities at an “American Woman” performance.

“I look for dancers that are technically trained really well, but… you have to be emotionally connected in my show. It’s that breaking the fourth wall and really connecting to the audience, not just in the performance sense, but in a way that the entire room has an experience. They go on a ride together. You’re on the ride. You’re with us.”

Boom Boom Bounce, Jersey Ride, and Cherry Bomb are but some of the characters in the show. Allen says she does the naming of the dancers, perhaps mimicking Prince when he dubbed her Darling Nikki as her stage name. “It’s a company mentality, but they can be soloists. I like that they can stand out as well and bring their individuality to the table. I don’t like to squash that. I like each one to have a spark in their own way and then collectively they complement one another. Right now we are really such a strong group.”

Beyond performing this summer’s residency at the two Harvelle’s locations, Allen seems carefree about what she’ll do next with the production. “Cherry Boom Boom, she is like a force in herself. Things change when they’re supposed to change. It’s ever-evolving. With new dancers that come in, it brings up new things. It evolves as we do this show titled American Woman. It’s grown since September since we started it. There’s definitely more places for this to grow.”

We’ve saved the most NSFW tidbit for last, but don’t say we didn’t warn you! 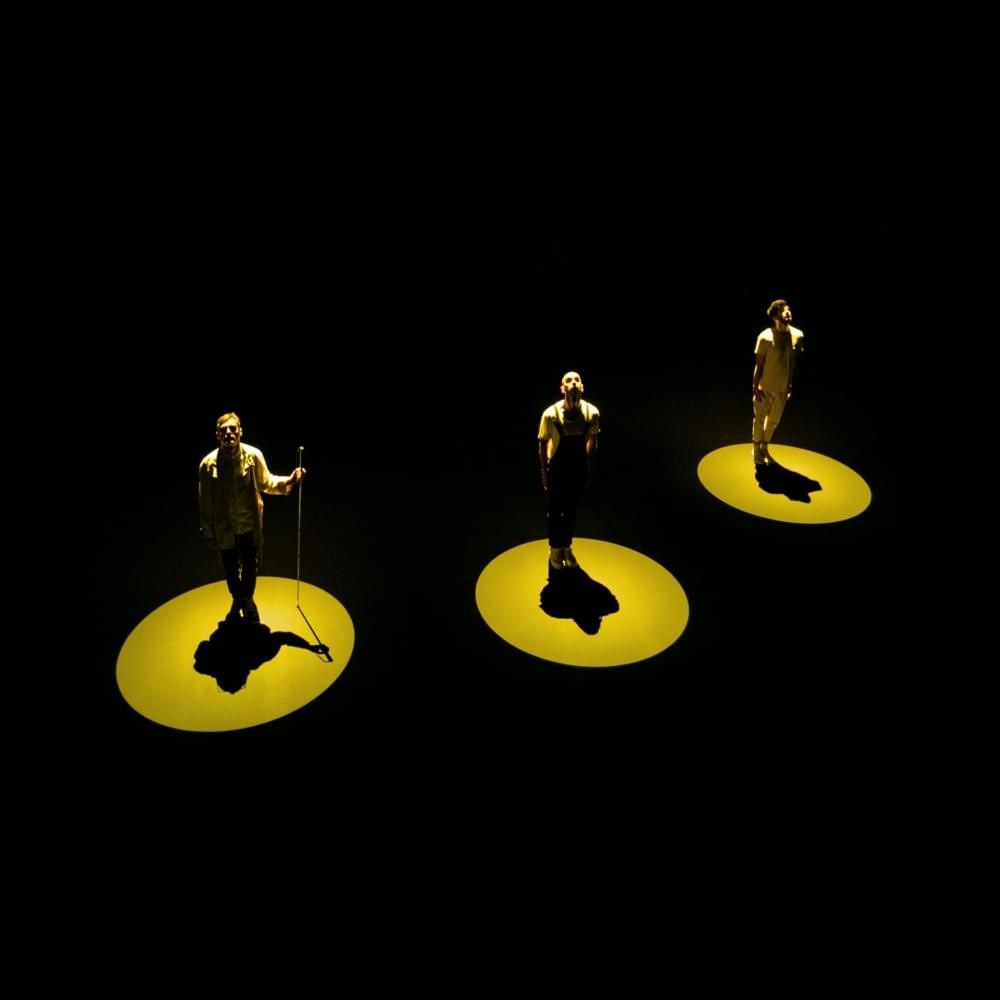 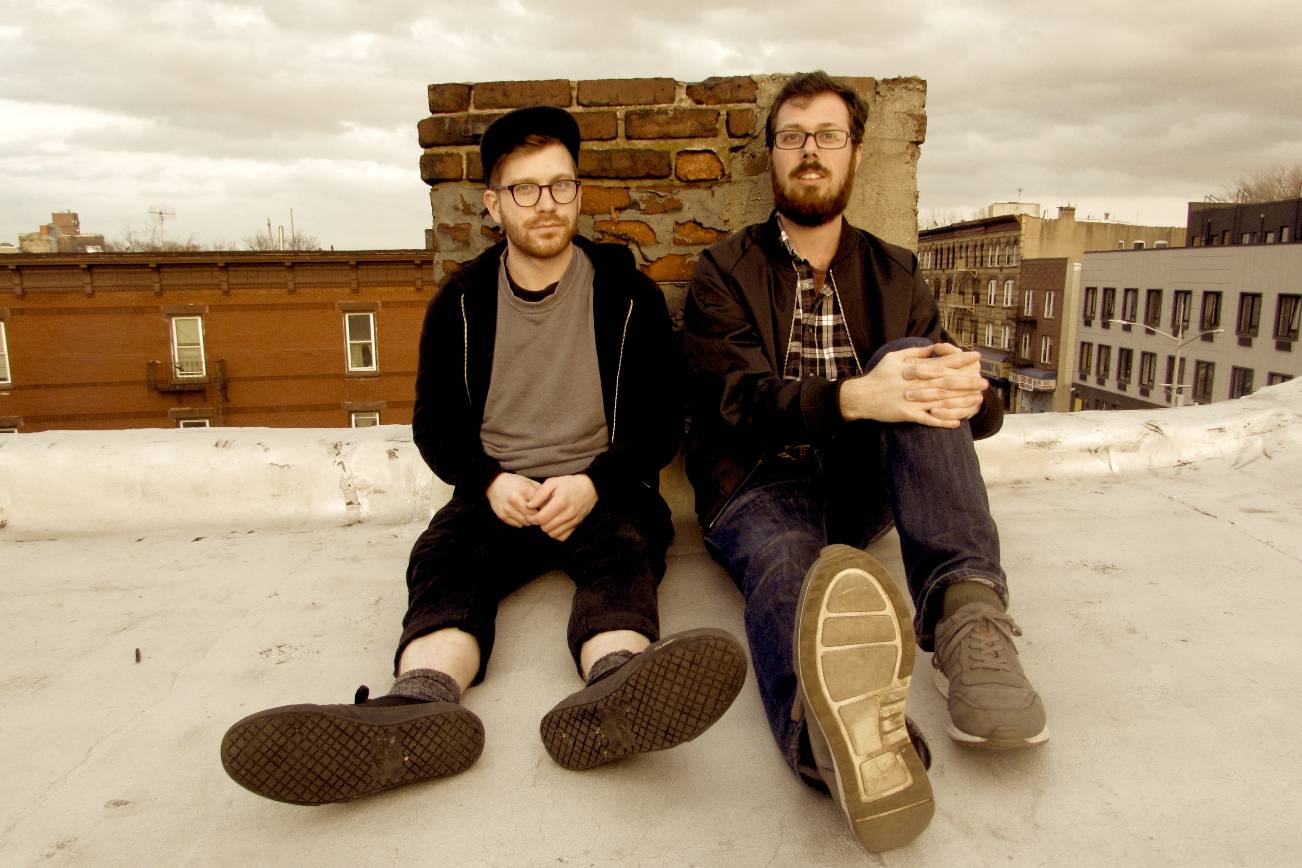