Some noteworthy concerts have rolled through Southern California at this mid-point of summer. The inaugural Palomino Festival has been one of the most memorable, with its solid lineup of alternative country artists and a party atmosphere evoked by great music. Overall, it was a well-run event; kudos to the organizers, Goldenvoice, who also bring the world-famous Stagecoach Country Musical Festival each year to Southern California.

Held on the grounds of Pasadena’s Brookside Park (adjacent to the Rose Bowl), the festival kicked off without a hitch at noon with a few great bands who merited longer sets but only had 25 minutes to play. Alternating between two stages, the set-ups and tear-downs were quick and efficient, helped by the perfect weather.

Okay, let’s get to the meat: Low Cut Connie from Philadelphia, PA, delivered a mind-bending, quick and dirty performance of rock and roll early in the day. Fronted by singer, pianist, and consummate showman Adam Weiner, this set stood out from the other bands on the bill. (Nothing too twangy, in this reviewer’s opinion.) Other earlier-in-the-day standouts included Langhorne Slim, Sierra Ferrell, Amythyst Kiah, and Valerie June.

The most serious complaint among the crowd was that there wasn’t enough booze. By late afternoon many of the varied booths serving liquor had gone dry. And for some, this was a bummer. After all, you gotta figure that some of the greatest songs in Country western are alcohol-inspired. For the teetotaler or those who don’t base the goodness of a festival on how good the tailgate party was before the actual festival—lack of booze wasn’t an issue to walk out on.

Willie Nelson and his six-piece Family band performed on the Pancho Stage just before sundown. Nelson’s 50-minute set was certainly a focal point of the Palomino Festival as the country music icon, along with sons Lukas and Micah, sang staples that included “Whiskey River,” “Always on My Mind,” and “Mamma Don’t Let Your Babies Grow Up to Be Cowboys.” Nelson also performed Pearl Jam’s “Just Breathe,” and with peerless musical support from Old Crow Medicine Show, the icon closed the set with “It’s Hard to Be Humble,” a nod to the late Mac Davis.

At dusk, a few hundred steps across the park on the Lefty Stage, Jason Isbell and the 400 Unit blew minds, playing one of the best sets of the festival. Backed by great musicians, “Overseas” was but one of Isbell’s songs that captivated the crowd.

When Kacey Musgraves and her band made their entrance onto the Pancho Stage, it became audibly apparent that there was a sizable crowd who had come to see the Grammy Award-winning singer. For those who had wondered why “On the Road Again” was left out of Willie Nelson’s set, that quandary was dispelled when the 89-year-old got up onstage to perform his venerated hit with Musgraves. Less successful was the follow-up song, Dolly Parton’s “9 to 5,” as it appeared that Musgraves was reading the lyrics off a teleprompter. “Slow Burn” aptly closed the set.

The genre-bending musical diversity in the lineup was staggering. What was refreshing, confounding, actually, was the diversity of the artists themselves. Gay artists and people of color who have previously been marginalized in mainstream country music performed for scores of truly appreciative people. A very unifying experience. 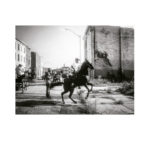 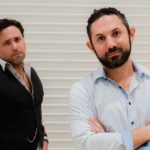