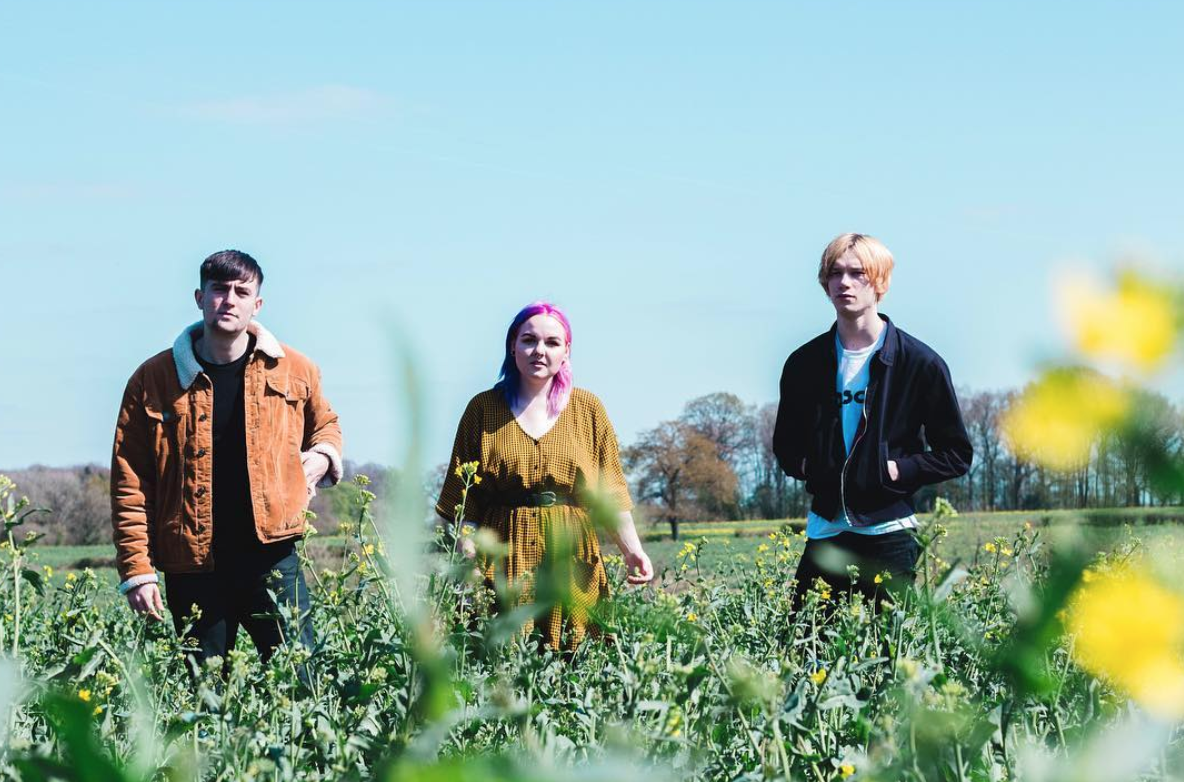 By Christopher Gonda 05/23/2019
0
Share
Share on Facebook Share on Twitter Pinterest LinkedIn Email
Article Views: 159
Three-piece band, Daze, from Witney, Oxfordshire has a lot to say about their new single and new sound. The indie pop/dreamy pop band consisting of synths, bass, guitars and vocals, got their start in 2017 and have been searching for their unique sound ever since. Believing that they have found it, Daze recently released “Growing Petals on Walls”. We sat down to chat with the band about their ever-changing sound, the new single, and what’s to come next.

What inspired the name of the band?
Originally Daisy went by ‘Dais’. As more members joined we decided to change the spelling, as it still looks/sounds good but isn’t as personal just to Daisy.
What inspired you to change your sound?
As we grew as a band we naturally wanted to change our sound. We wanted to make music that we would actually listen to ourselves. Adding drum beats, synth and bass really gave us a fuller sound too.
What is your favorite lyrical line from “Growing Petals on The Walls”?
One line that stands out would be “you’re the parachute, that has my back” as it is meaning that your other half will always be there when you fall.
What is the song about?
The song is completely based around a relationship, and the ups and downs it may have. The “petals” as such is the love that is built after an argument which is “the walls”.  Throughout the song it really focuses on a relationship, it was our take on a love song as we hadn’t really gone into that before. Behind all of the soppy words in all the verses, the main take on the entire song is just an argument.
What can fans expect next?
They can expect so much more music! We have been writing so much more recently and are now recording some stuff too! We are making sure we are 100% happy with everything we are putting out so we are really taking our time with it. But that means potential EP after these singles. We are also doing as many gigs as possible, and thats even outside our hometown, we are playing all over England at the moment – which is super exciting.
Connect with Daze:
Spotify . Instagram .
Spotify . Instagram .
0