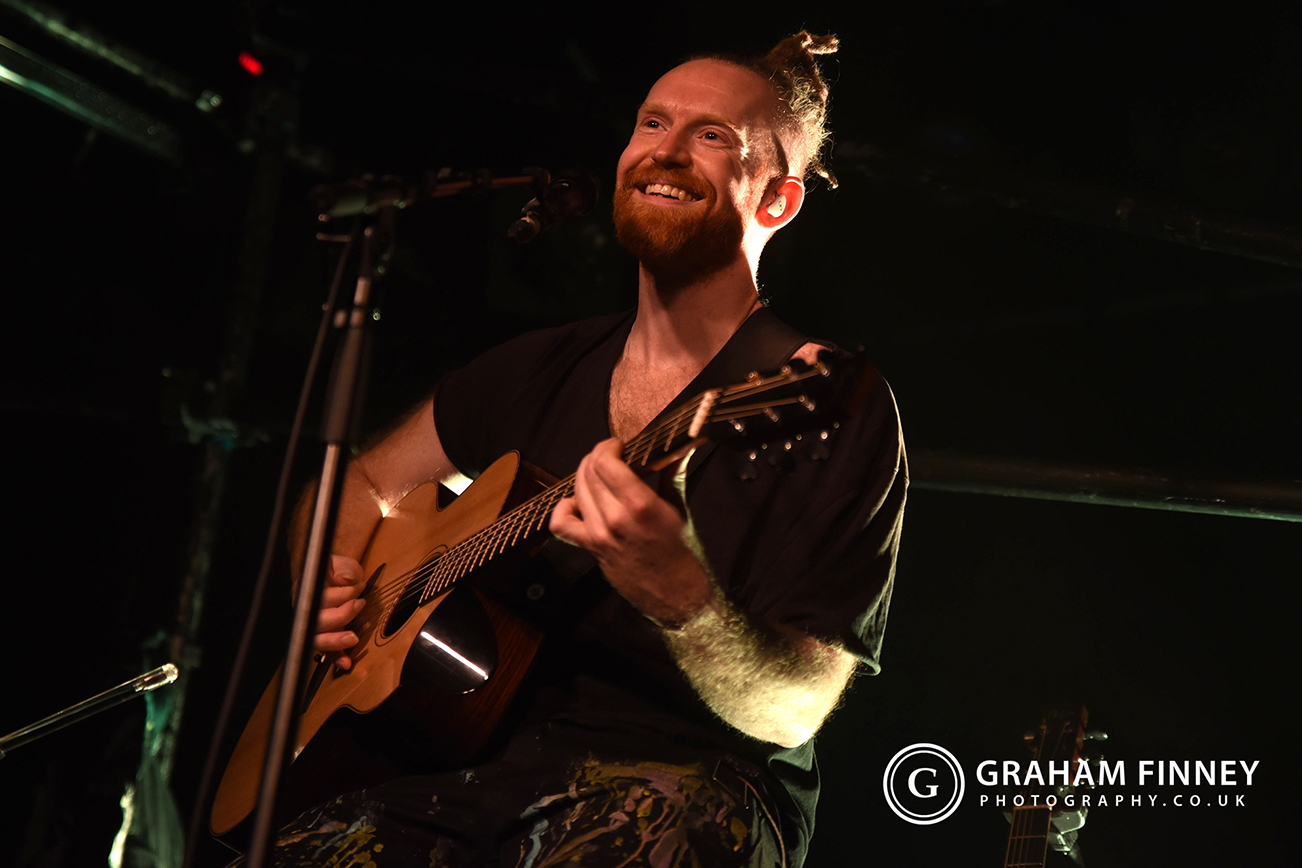 Acoustic folk-singer, and he of the awesome sock collection, Newton Faulkner, is one popular guy although as he takes a break early on in his set, he jokes that the idea of selling kazoos to the crowd was something of a mistake. Still, it gave him an opportunity to show off that fantastic connection he has with his fans, fans who have followed him around the globe for over ten years.

If you’ve seen Newton Faulkner you’ll know he is the kind of guy that walks into a room and immediately makes everybody smile. While his set up this time is a little more complicated, the reality is this is still just a man and his music. All smiles, this is very much more than just your average gig though as he jokes and chats with the crowd between songs while, when he plays, he has the attention of everyone in the room. With fans singing along to every song of his lengthy set, which mixed material from his extensive back catalogue with some impressive covers, including Lady Gaga’s A Million Reasons, every aspect of his show is simply divine.

After all this time, it comes as no surprise that Faulkner makes it all looks so easy and his time on stage simply flies by. From his voice to his songs to his music to his connection with the crowd, everything about Newton is magical but, just one request, next time can we leave the kazoos at home?