If you’re going to name your band Cocaine Piss you’d better either have a pretty good sense of humour or have someone planning to get you one for your birthday. Already, there’s an all-in-on-the-flop chance that anyone posting up as Cocaine Piss has an irreverent, devil-may-care attitude towards art, the music business, and life itself. Belgium’s most oddly named noise rock band, or any band, for that matter, has that impertinence factor, undoubtedly, but is also a manifestation of that sweet sourness. Some might say their name is absolutely fitting, as ridiculous/comical/quizzical/offensive/limiting as it may be.

Formed six years ago on a whim that its members are still riding high on, Cocaine Piss has been on a non-stop noise bender that has bequeathed fans of spazzy hardcore punk eight releases, as many as four and as few as none of which could be considered albums. When the average length of your full-lengths clock in at around a quarter-hour, what is and isn’t an “album” becomes a dicey proposition, if not an all out guess.

The latest addition to their explosive discography is Passionate and Tragic (out April 5th, 2019, via Hypertension Records). It’s an album that not only sees the group working with legendary fader slider, Steve Albini for the second time, but creating it in the aftermath of spending most of the last two years on the road playing everything from the Open Air Festival stages and bars to squats and grease-stained kitchens. We contacted lead screecher, Aurélie to ask about crappy word association games, keeping spontaneity alive, and the multi-metaphorical properties of cake.

Enter a world of “Happiness” with the band’s official music video for some song about happiness or something.

What can you impart upon us in terms of the history of Cocaine Piss?
Aurélie: Cocaine Piss is the direct result of four very good friends having not much to do in the summer of 2013. We were organizing a show with some other friends, needed an opening band and had one complete week in front of us. So, the most natural thing to do was to come up with a band and see how it goes. We wrote six songs, played them and it was very fun, so we kept on playing shows.

What about the band’s name?
Aurélie: We were spending time together and we were trying to come up with the crappiest word association. We were super excited when we came to ‘Cocaine Piss’ and thought ourselves super-funny and smart.

Was the sound that you’ve managed to create deliberate, or what emerged when you started writing together?
Aurélie: (Previous album) The Dancer is a really spontaneous album. The writing process took around four months, during which we never really had a general plan of what we were aiming at with this album. We were often surprised at the result. It’s part of the process and since everyone in the band contributed to the writing, you cannot really anticipate where the others will go with what you’ll bring. It feels great because it allows us to really come in with an open mind.

The only thing we did with more or less every song is cut the parts we thought were repetitive or not really needed. That’s how we end up with super short songs. The process for The Pool was very similar, but at the time, none of us was playing an instrument they actually knew how to play. The drummer was a guitar player, the bass player was a drummer, the guitar player was a bass player, and it was my first band. So, that was definitely fresh and spontaneous, but also really messy. Things have changed since then, but we kept that “anything is possible, just give it a shot” spirit.

The new album Passionate and Tragic is due out on April 5th. 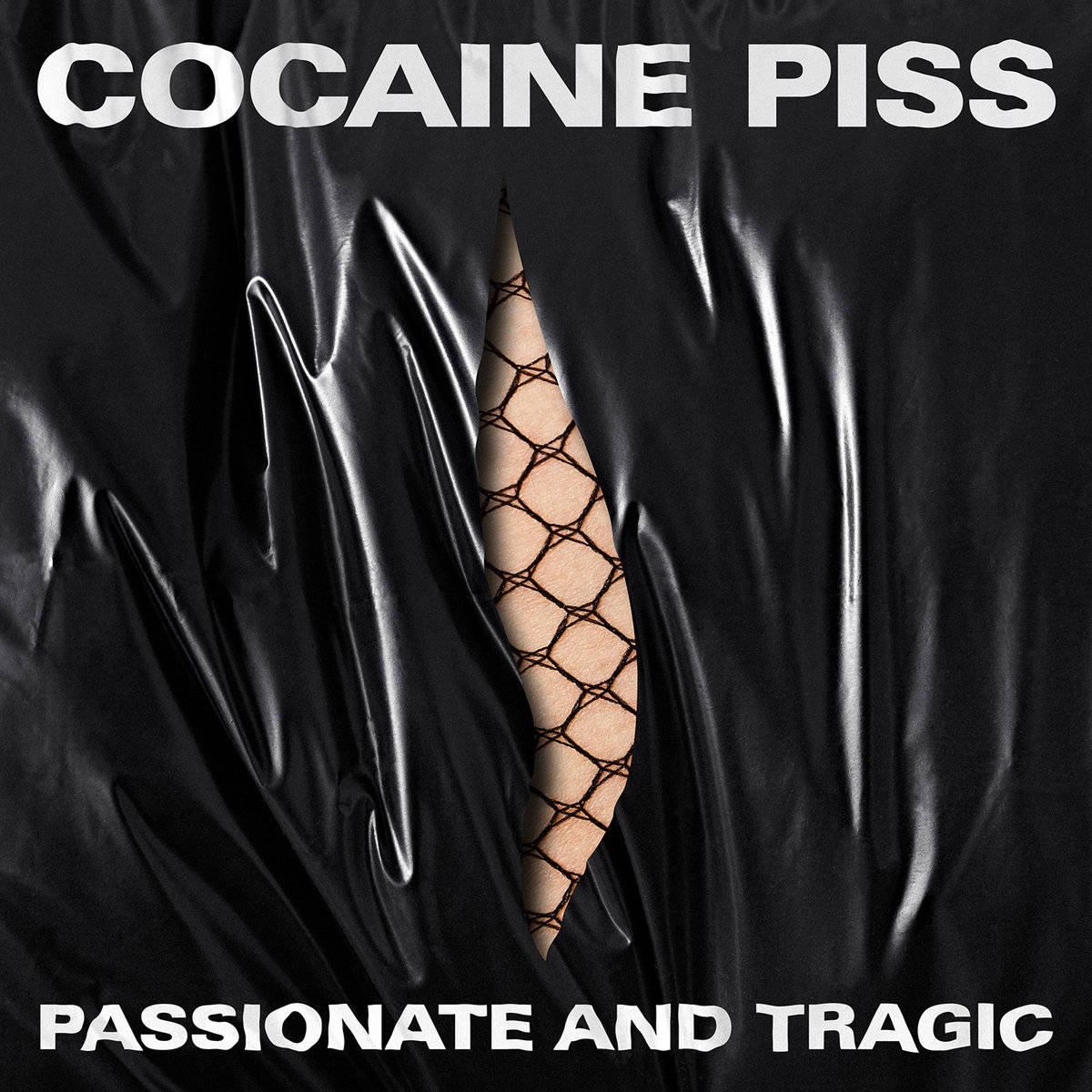 What has changed in the world of Cocaine Piss since The Dancer?
Aurélie: Farida, our new bass player, joined the band one year ago, right on time to start composing Passionate and Tragic. It was fantastic to welcome her into the band! Other than that, not much has changed; we’re still in love with what we’re doing, touring, playing, meeting new people every day.

How much touring did you do following The Dancer and did you learn any lessons that were applied to Passionate and Tragic?
Aurélie: We did tour a lot. The number of shows we played after releasing The Dancer is in the hundreds. We had a lot of fun, and it somehow confirmed what our naïve impression of it was: touring gives us life. We always thought playing shows was the ultimate goal when you’re in a band, and for us it truly is. We’re happy when we’re on stage.

But you’re also pretty much self-managed as well? That must take up as much time if not more?
Aurélie: Well, managing our band is a learning curve. With every new thing, video, decision, collaboration, we learn a lot. It’s funny to think back about how clueless we were about this stuff when we started. It’s still super-boring work, the admin and so on, but we’re getting less shitty at it.

Nothing makes better scenery for a music video than a parking lot so check out this video for “Pigeon.”

How long was Passionate and Tragic in the works? How long did it take to write and was there a point where you knew you had a cohesive bunch of songs and were on to something?
Aurélie: We never take a long time to write an album ‘cause we really want it to be a photography of what we’re into at a specific moment. It would be horrible for us to work two years on an album, to come back and back again to the tracks, and to change them over and over again. It would lose all the spontaneity that is really central to our stuff. We really started focusing on Passionate and Tragic at the end of the spring and recorded it in early September.

What were you trying to achieve or do differently with the new album?
Aurélie: The previous album was a really positive experience for us, so there weren’t really mistakes that we wanted to avoid or anything like that. We really wanted to continue with our process. I think evolving as a band is really a natural process, you grow as individuals, you welcome new members and your music evolves with you.

Are there any particular thematic lyrical strains or concepts running through the album that listeners should be aware of?
Aurélie: Questioning gender and equality is always an underlying theme. But there’s more to it too. We prefer to keep it open to interpretation. 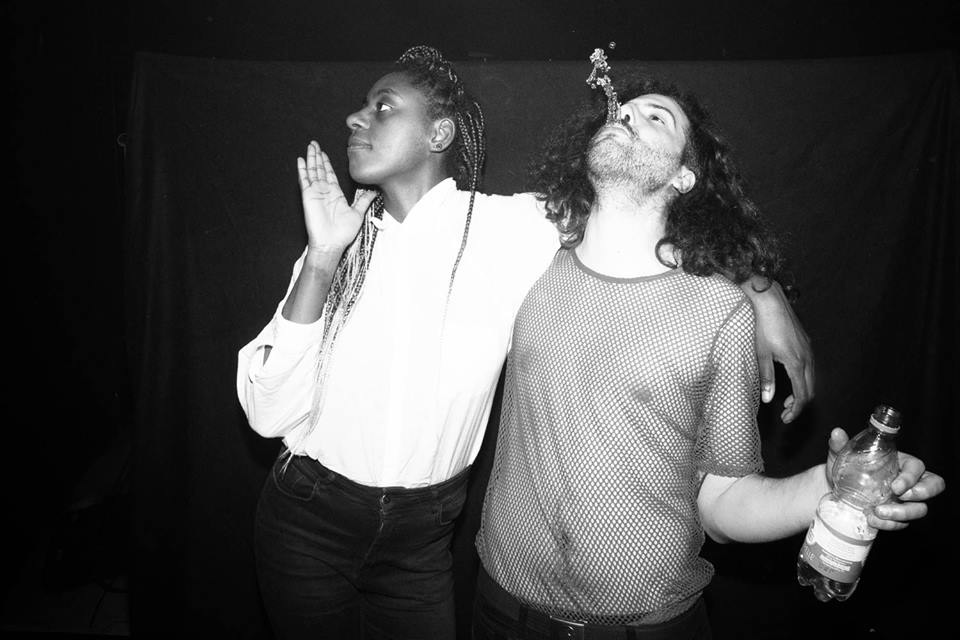 Are there many hidden metaphors in your songs/lyrics? For instance, is “My Cake” really about wanting people to keep their hands off your cake?
Aurélie: It is open to interpretation. For some people, “My Cake” is about consent and the absence of it. For others, it’s a hilarious track about not sharing cake. They’re both right.

How different was it working with Steve Albini for a second time? Having worked with each other before, do you think it was it easier this time around?
Aurélie: It was definitely less stressful for us this time. The recording process is absolutely the same, but this time we knew all about it. And we knew that Steve is a great person and a good match for us. So, we were way less nervous when we started the session, it was like coming back home.

Tell us about working with Albini the first time.
Aurélie: It was a fantastic experience for all of us. It was really hard to stay cool at first. The “Steve Albini agreed to record our next album” thing really got us out of nowhere and we were totally ecstatic for months. When we arrived at the studio everything felt so chill. It was a great experience to record with someone we trust that much and who is doing work at that level. It felt like all technical issues were non-existent. The sound in the studio was just so good and he was so calm. Recording was a very easy process, because of that, and at the end of the three-day session, we were super-happy with the result.

Feel like some “cake” now? Check out the band’s music video for “My Cake.”

What is the significance of the title of the album and how does the cover photo/picture apply?
Aurélie: It’s about the need for intensity in every aspect of life. And the artwork really carries that feeling for us.

In your ears and mind, what are the major difference between this new album and The Dancer? Is there anything that has come up subconsciously that you didn’t notice at first or have deliberately in mind when embarking upon Passionate and Tragic?
Aurélie: We’re not big thinkers when it comes to our music. We’re doing things really spontaneously, so we didn’t have any idea in mind when we wrote the new stuff. When we listen to it now, it feels like there’s a continuity between projects, that this is us. It feels right.

I guess the plan once the record is out is to do a few hundred more shows?
Aurélie: We’re going to tour as much as we can, meaning as much as people are willing to book us! We’re having a bunch of release parties in Belgium and France in April, then we’ll be on the road for May and June, touring all of Europe. We can’t wait!! Planning a release is fun, but we really can’t wait to be on the road and play our new album! 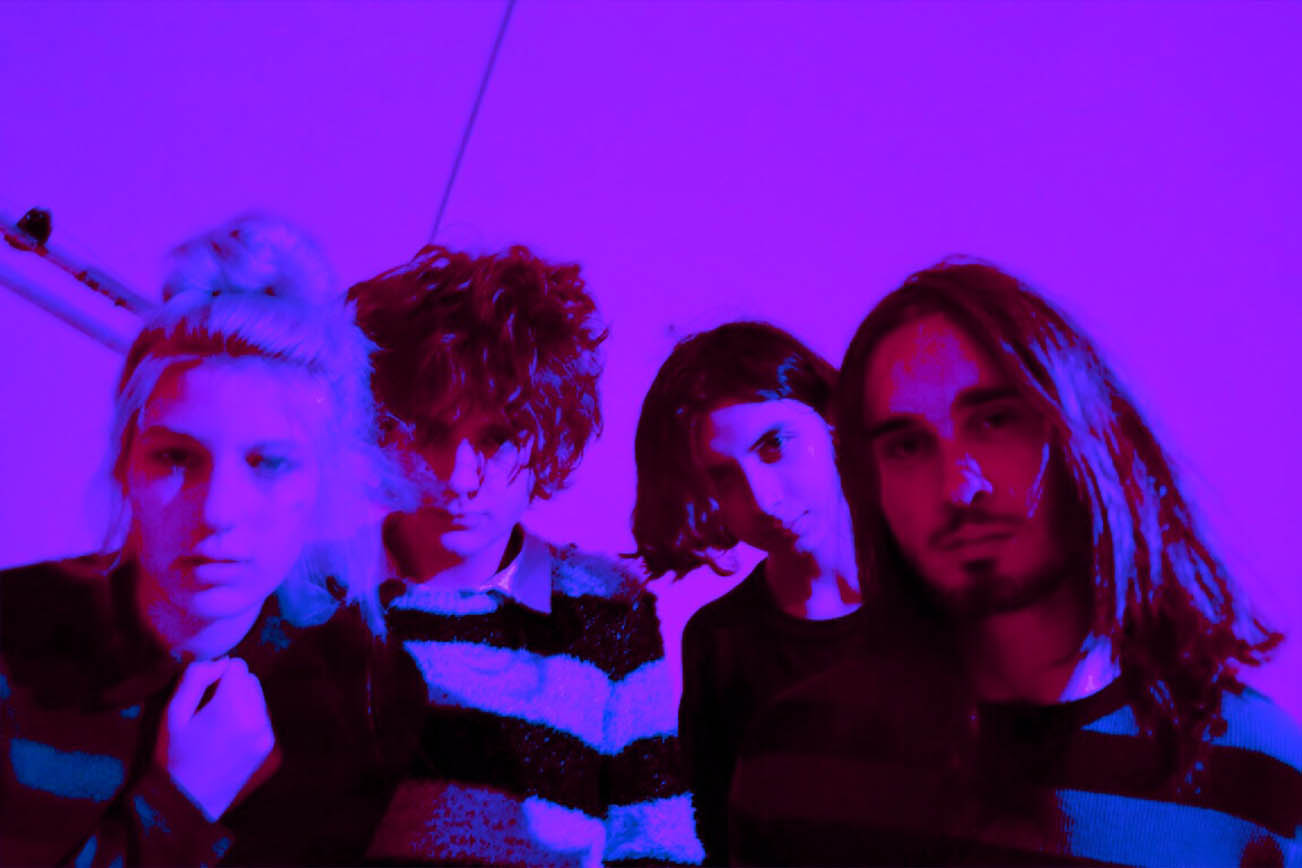 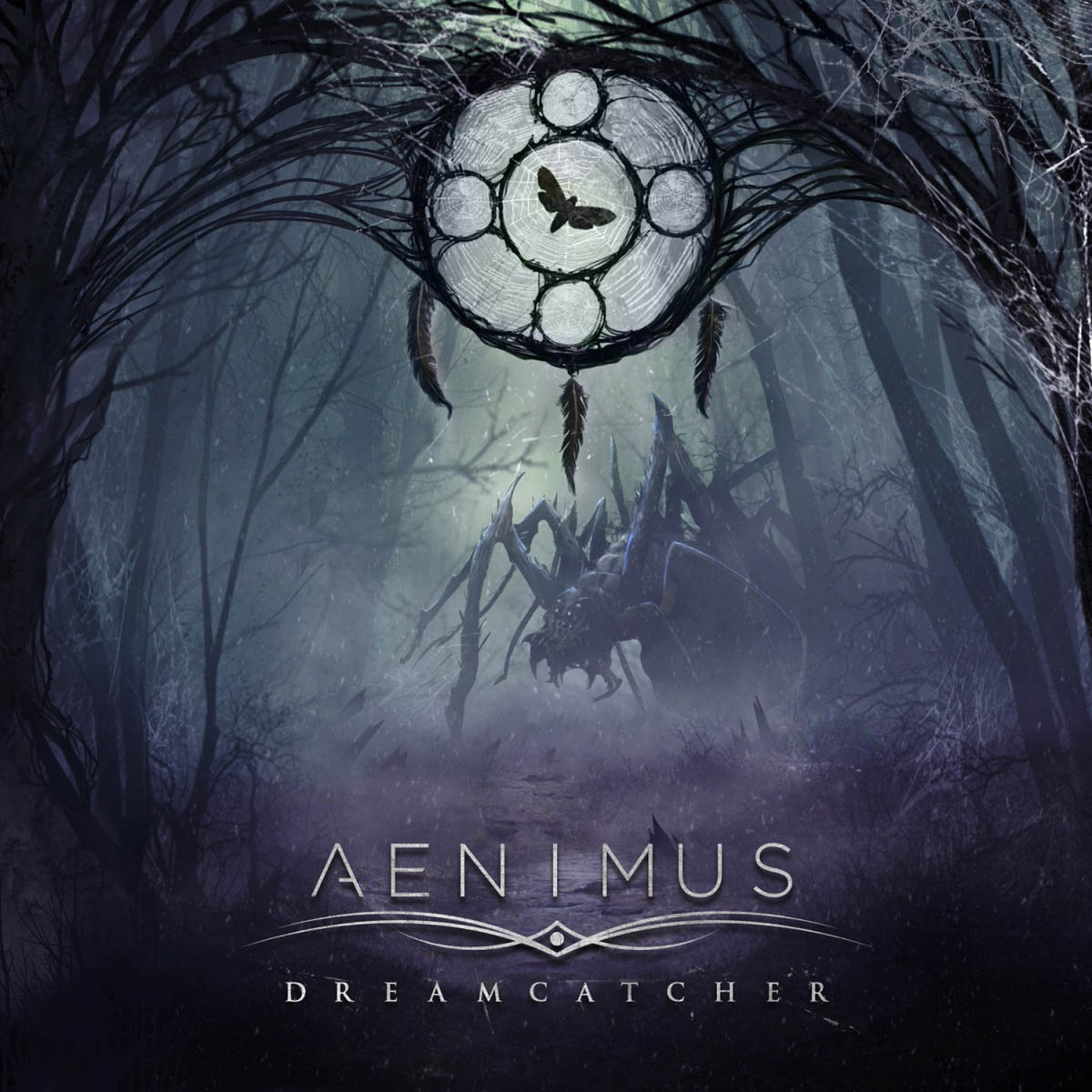