British metallers The Raven Age have a busy year ahead of them following the release of their new album, Conspiracy, and a full UK headline tour in March. One thing we guarantee the band won’t be doing on tour and that is getting fresh ink. We spoke to bassist Matt Cox about his experiences of getting inked on the road as well as his extensive tattoo work.

1. When, where and what was your first tattoo?
– On my first “lads” holiday. I thought it’d be a great idea to commemorate the trip with a tattoo. Being my first tattoo I was pretty nervous and I had no idea what to get, instead of getting something cool I decided to pick a tribal piece out of a flash book and that’s lived on my bicep ever since! 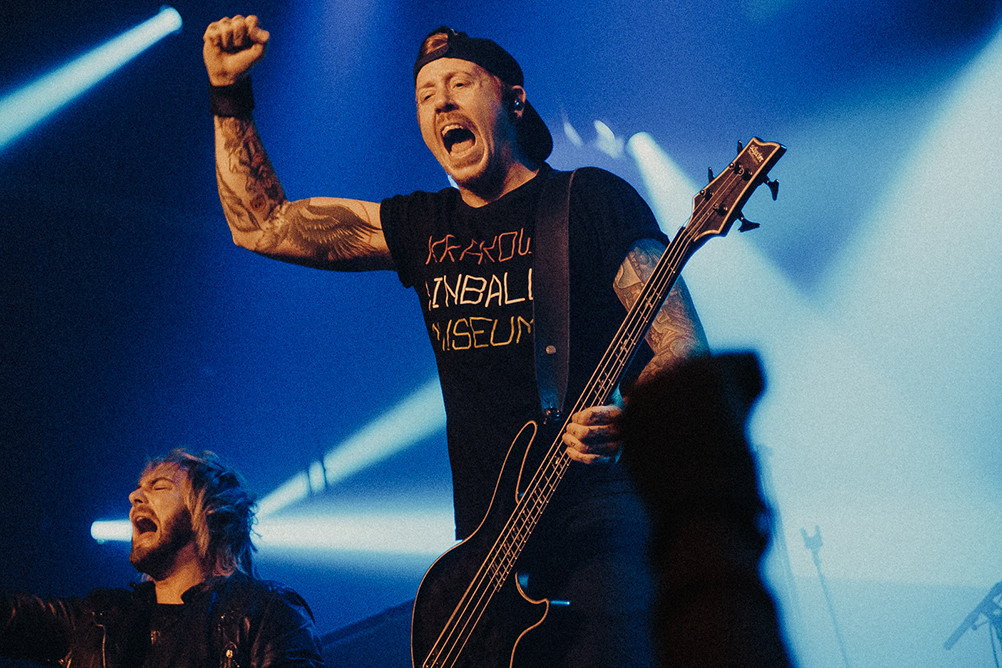 2. Do any of your tattoos have a particularly special meaning behind them?
– I have script on the back of my hands, a Buddhist saying, “suffer what there is to suffer, enjoy what there is to enjoy” and for me it reminds me that no matter how hard things may become there will always be someone or something in your life that you can take enjoyment from. I had it done when I was going through a pretty shitty time so it holds pretty significant value to me.

3. Do you have a specific shop or artist that you frequent?
– I’ve had work done from a few different artists over the years. My good friend Jed, from Vintage Ink in the U.K. has done my work in recent years

4. Do you have any new tattoos planned or underway?
– Always! I’d like to continue the Japanese theme from my left arm onto my back, and have a huge temple carved into a mountain with traditional Japanese gardens surrounding it, very picturesque. But honestly I’ve probably planned tattoos for all the remaining space that I have, it’s just finding the right timing to get them done. I’ve been tattooed when we’ve been on tour before and after care while sleeping on a bus is not a fun experience, so getting anymore before/during a tour is an absolute no no! 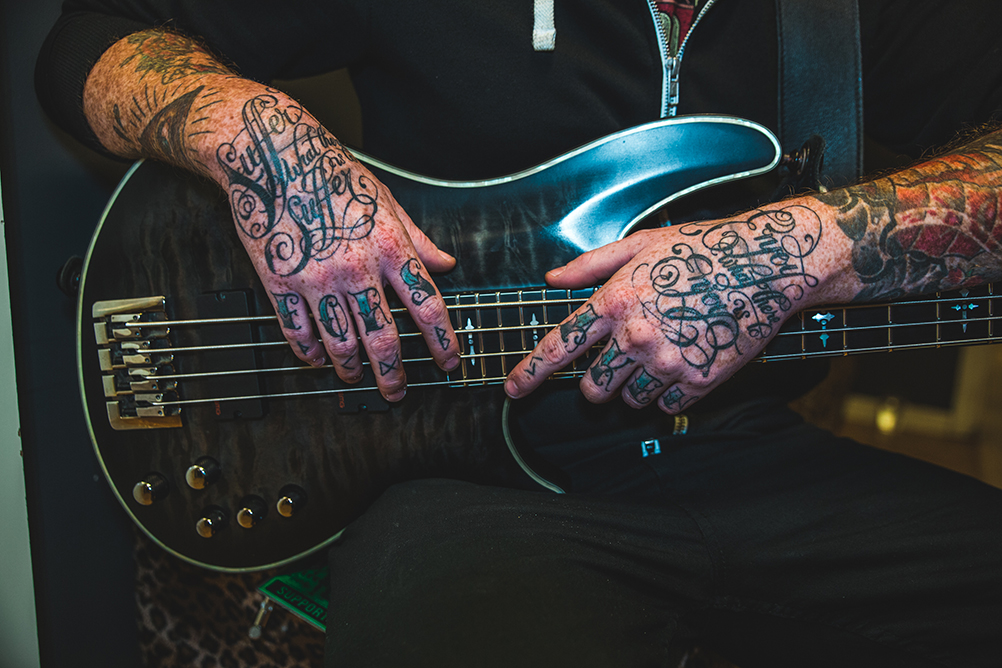 5. Have you seen any fans with a band tattoo, anything crazy memorable?
– Nothing crazy, but we have got a few fans with TRA tattoos, some with logos and a few with the artwork from our debut album. I’m yet to see a fan with a portrait of Jai’s (drummer) face, that’s the one I’m really waiting for haha.

6. Tell us about that stoned/drunken joke-tattoo you once got…. (if applicable)
– We weren’t drunk or stoned but me and George thought it would be a great idea to get tattoos right before a show in Milan on the last tour we did. The guy started tattooing about 40 minutes we were due on stage, 30 minutes later we were still there. We had an Uber on standby outside the tattoo shop and the moment he finished we dashed straight into the car and told the guy to drive as fast as he possibly could! We got back to the venue with about 2 minutes to spare, we sprinted to the dressing room threw our guitars around our necks and ran out on stage. It was utter chaos and both me and George went through the entire taxi ride thinking, “shit, we’re not gonna make it back in time…”

See if you can spot The Raven Age’s mate, Max, in the band’s video for “Salem’s Fate”:

7. Do you have any tattoos that you now hate, want to replace, or have covered up, and why?
– Whilst I don’t hate it, I will eventually have my back covered. I was at a friend’s place a very long time ago and he told me he’d bought a tattoo machine of eBay…. needless to say 20 minutes later we thought it would be a great idea to try it out. Just to clarify his not an artist nor has he ever used a tattoo machine! He tried to do a Koi fish on my back, an agonising hour later I was left with a bunch of black lines that look nothing like a fish. The machine was put away after that and I’m pretty sure to this day it never came back out.

8. Have any tattoos you had been really painful. Like made you cry, see white light, and regret being born?
– I’m usually pretty good with my pain tolerance while being tattooed. However when I was having the Viking runes done on the ends of my fingers I was really at my limit. Other than that most of mine have been fairly easy to sit through. I have however been witness to someone wishing they had never been born, a friend had his sternum done years ago and I could see in his eyes that he was questioning every decision he had ever made that led him to that point.

9. If you HAD to get someone’s face tattooed on you, whose would it be and why?
– That’s actually an easy answer. Our friend Max, who also works for The Raven Age as a photographer and has also been in one of our music videos for “Salem’s Fate”, is a bloody handsome chap and there’s a particular shot of him in the aforementioned video where he looks like some sort of horse whisperer, I think it would be hilarious to get that done. So if I HAD to get someone’s face why not his! Plus it would make for a great story right? 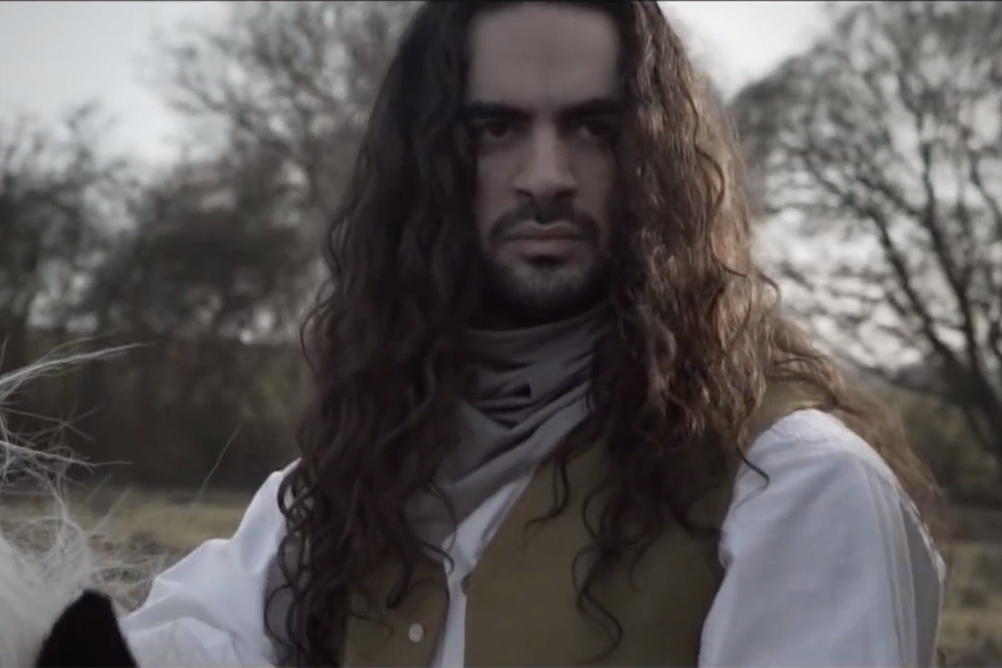 10. Going onto your album, what was the recording process like, any good stories you can tell us?
– To be honest we were really hard pushed for time on this album, with our tour schedule being pretty hectic it was difficult to find the time to get into the studio. When we finally did we were super focused on the task to make the album as good as it possible could be. Theres the usual piss taking when someone fucks up but, for the most part, it’s pretty serious business

11. And you’re heading out on the road shortly, what are you looking forward to most about getting on the road?
– For me it’s always the shows! The live shows are where I’m in my element. Being on that stage lost in the moment with the music that you and your band mates have created is a feeling like no other, and to share that moment with our fans is an incredibly humbling experience. 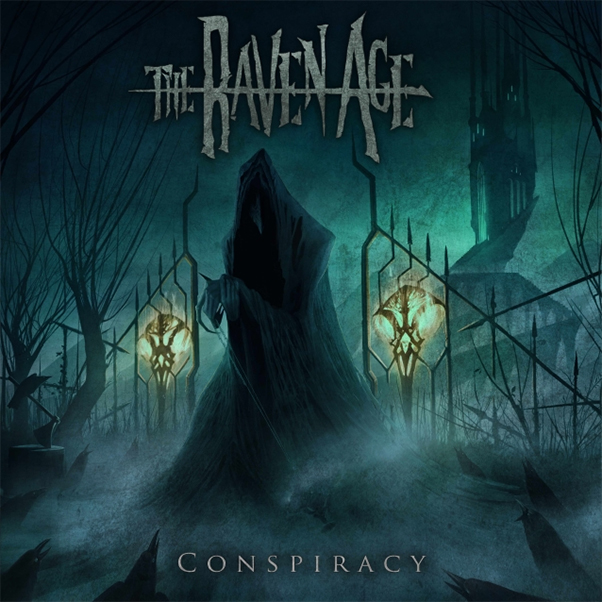 12. After a busy start, what does the rest of 2019 hold in store for the band?
– Well we have our sophomore album coming out on 8th March, followed by a headline tour starting on 20th March. Then it’ll be back home for some R&R before we head out to take on the US with Iron Maiden starting in July for 3 months. That’s everything in our confirmed schedule, but we hope to be back out at the end of the year for another run around Europe.

Here’s a new video from The Raven Age in the form of “Fleur De Lis”. The track is taken from their new album Conspiracy which is out now and available through iTunes as well as all the usual digital outlets .