Floridian rock band, Mayday Parade brought their headlining Sunnyland tour to Toronto on November 7th, promoting their newest album of the same name that was released in June. The recording is the band’s first for Rise Records and is named after an old abandoned hospital in the group’s hometown of Tallahassee where they would venture as teenagers. Much of the record tackles coming to terms with the past or what we’ve left behind in previous segments of our lives. Before the show, we took some time to have a chat with guitarist Brooks Betts about the tour, playing Canada and Vans Warped Tour coming to a close.

This is your first proper Toronto show since the ten-year anniversary tour for A Lesson In Romantics a year and a half ago and this is your first tour for your new record, Sunnyland. How have the shows been going since you’re about a month into the tour?
Brooks Betts: They’ve been great. Overall, they’ve been pretty consistent. We started out in the southeast, moved west before heading north and coming back east. For some reason, we’re gonna be in New England during the coldest part of the tour, but it’s been good. Really good turnouts, people are very responsive to the record so far so we’ve been… It’s been exciting to be able to play the new songs on this tour and not have a bunch of dead stares.

Sunnyland is your sixth album. How have you gone about choosing your set list since you have a lot more material now to go through? Has it become more difficult?
Betts: Yeah, it does become more difficult with six records and even a couple EPs in there so… It’s really tough and we’ve been lucky having a lot of great songs that people really enjoy and want to hear so it does make it difficult, especially squeezing in new stuff. We just try and find a balance between what we know people want, crowd favourites, the jams and then you’ve got to kind of work that in with the idea that maybe there’s a lot of songs you haven’t played live in a long time so that your show’s not stagnant for the fans who come out.

We have a lot of fans who come out to ten (or more) shows sometimes and that gets boring, so we try to switch it up. Obviously having Sunnyland as a new record is going to put some new songs in there just because it’s brand new, you know? First time playing these songs on a tour, so you try and find that balance. We’ve found that our set is longer than most tours for that reason. I don’t know if that’s going to be a trend but that’s where we’re at right now.

First, let’s get things started with the music video for “Piece of Your Heart” from the new record.

As we mentioned earlier, this is your sixth album. Having worked with different producers (John Feldmann, Howard Benson) and this being your first record on Rise Records after putting out most of your releases on Fearless Records, how was the record making process different from before?
Betts: Being with Rise, as far as putting the record together wasn’t much different from what we would’ve done with Fearless or any other record label we’ve been on. Matthew Gordner’s really good about letting us just do our thing and we knew that from the get-go when we signed that we were just going to do our thing because that’s what they signed us for, right? We’ve had good success with our own creativity and artistic integrity so we just stuck to that. We kind of maybe went out of our own shell by working with guys like Howard Benson and John Feldmann.

Those guys are a little bit more “A-list” type producers and usually those guys are a bit more handsy and they were in a good way and they helped things out that maybe wouldn’t have been helped otherwise and it gave a different taste to the record that wouldn’t be there otherwise if we had just gone with Zack and Ken for the whole thing. Although it was nice to know we were going to them for most of the tracks because we’d have that consistency, be comfortable and we would get at least an overall record or vibe that felt like Mayday had always felt because we just… I don’t know it’s always been a good team with those guys.

Of course, everybody is entitled to their own interpretation, but are there any messages that you take away from the record or you potentially wanted fans to take away from the record? For me personally, it gave me a sense of nostalgia and it felt a bit darker than other records at times.
Betts: I don’t know if there’s a crazy, over the whole record theme vibe we were going for besides the fact when we did Black Lines (2015), we just did whatever we were vibing at the time and we could tell that fans weren’t so into that feeling. While retaining a bit of the feeling from that record, we wanted to make sure that we went back and grasped what we knew fans really liked about the band, and that was maybe the nostalgic part you’re talking about with just making sure these songs had energy.

We had more ballads on there too, which has been a strong suit of our band throughout our career. At the end of the day, our records are just the best songs to go on the table and we work through them as a band and make them more of what we want them to be, as opposed to just one guy’s idea. It’s just kind of what came out this time around. We spent more time on this record than we had on others so I think that also paid off a bit. 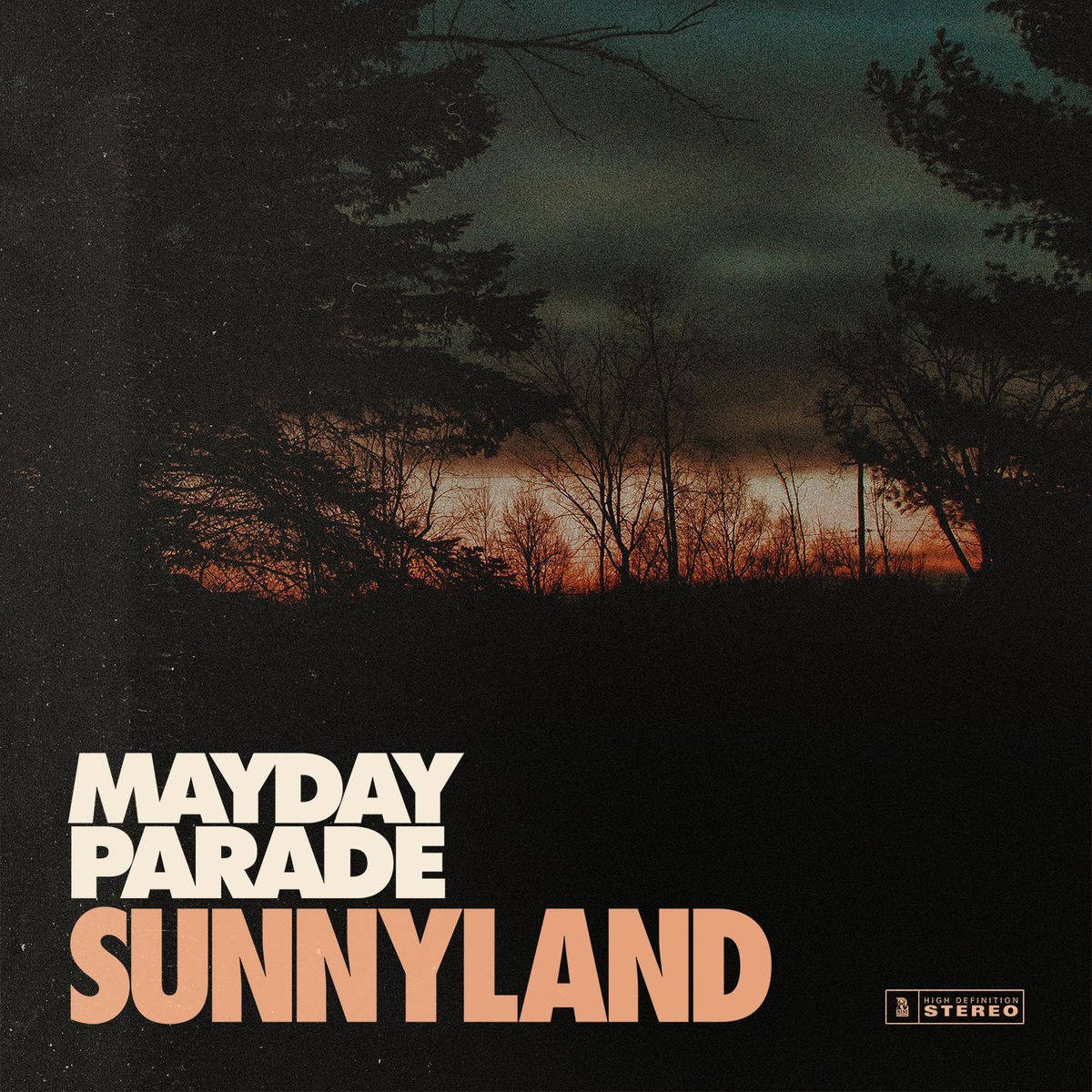 How much time did you guys spend in the studio, writing, etc…?
Betts: The studio wasn’t crazy long. Actually, we spent less time in the studio this time around than we did on our last record. It’s just that we took more time to write it. It was two years at least. We flipped our cycle by about six months all in all. We spent an extra six months on this record than we have on any record. It definitely showed and you can easily see it. We’d get together for months at a time in different segments. Had we just gone into the studio on the first sessions we were doing together, this record would’ve been very different and having a second look at it and trying to beat what we did originally in the first session really put this record together.

Today, you are in Toronto, Ontario. The band comes around here quite a bit. Whenever you’re on tour, do you ever try to find spots around the city to check out and do the whole tourist thing?
Betts: Sometimes. It just depends on how much time you have. In this cold weather, probably not. I went around the corner and ate some food at the Chew Chew Diner. A lot of times, food can be the extent of that. I’ve been around Toronto a little bit though. I always tell people that we see the world in snapshots. It’s usually the luck of the draw for when you have a day off, you get to see a couple things here and there. Over the years, I guess you kind of get a trip out of almost anywhere, you feel like you’ve been in those cities for a couple days to hang out over time.

“Stay” remains one of Mayday Parade’s biggest hits; off their self-titled LP released in 2011.

In Toronto specifically, is there any site or spot that sticks out to you whenever you come through?
Betts: It’s kind of in and out for Toronto. I think it’s always interesting to come over here and see the slight differences between the States. For instance, I was just eating coleslaw and I had to ask the guy, “This is coleslaw, right?” It’s nothing like the coleslaw I’m used to, but little things like that are always interesting, cultural differences when you go into another country.

This year was the last for Vans Warped Tour. With the way that alternative music is going, how do you think things have changed for bands coming up compared to when you guys did it, following Warped in the mid-2000s?
Betts: I think for any band, it’s always a different story. There’s no formula to how to get yourself out there. It’s more about taking the opportunities that are given to you and creating your own opportunities as well. What we did back then is nothing like the landscape today. We were selling CDs and no one really cares about CDs anymore, especially from a band they don’t know. For any other band, I would just say it’s more about figuring out what can work with the tools that are available in the market today.

A lot of that’s social media but you have to think outside the box and pave your own way with it because no one’s going to go out there and do it for you or care unless you care. We always treated it like a job and not a hobby. We were always going to bust our asses. You have to have good music too, but you have to have a combination of all these things to really have any chance at all because it’s tough.

“It’s Hard To Be Religious When Certain People Are…” was the second single and video released from Sunnyland.

Do you see anything coming in to replace the tour, whether it be a festival or another big tour like “Taste of Chaos?”
Betts: I think so. I think you’re going to see a couple of things. You already see things like Self Help (Fest), that A Day To Remember puts together, so I think you’re gonna see… Somebody else is going to fill that niche. It’s just going to take a couple years to figure out what’s going to be the successor of it and maybe they’ll do it better, who knows?

Warped Tour was a great thing that lasted for a long time and something that we almost depended on as a band because it was a great way to make new fans. As hard of a tour as it is, especially on crew with the conditions, it is a no-brainer every other year to play it so we’re going to miss that and hopefully, it doesn’t affect us too much and there’s something else we can fill our summers with.

As we mentioned earlier, your last Toronto show other than Warped was the ten-year tour for A Lesson In Romantics. If you had to do a tour or even just a show where you play another album in full, which record would you go with?
Betts: The easy one would be the self-titled record. That’s gotta be the fan favourite at this point in time. I would almost say… it’s kinda funny. Anywhere But Here has the second most sales of all our records, but I think that was just another thing where people were buying more records at the time. But self-titled’s gonna be a good one. A fun one.