Dead Waves is a fearsome and dynamic two-piece from New York City. Combining dark, heavy rock with experimental folk sounds, this isn’t your everyday rock or metal group that you’re going to hear on the radio. The guys recently recorded their new ten-track full-length, God of the Wild, which saw its release last month (if you’d like to order a copy, you can do so right right here).

This is Dead Waves’ sixth and most experimental record, recorded with Martin Bisi (Sonic Youth, Swans, Brian Eno) at his Brooklyn studio, BC Studio. God of the Wild is an epic and dark adventure, at times delicate and sombre, psychedelic and raging and soulful all the way through. To learn more about the innovative instrumentation at work in this record, we conducted a Geared Up interview with Teddy Panopoulos who shared with us the ancient Greek instruments and other original techniques Dead Waves used in the making of the record.

Tell us about the mix of modern and ancient instruments on the new album.
Teddy Panopoulos: It was something I always wanted to do, and when me and my brother wanted to create and record our new album as a two-piece without another member I realized this is my chance to embrace and explore what I’ve had in my mind. Being that there were now two people in this project, it was a chance to intertwine my wooden ancient instruments and modern analog electronics.

Let us introduce you to “Gabriela,” from Dead Waves.

What does that mean to you, why was that choice made?
Panopoulos: I feel like it’s my ode to our past ancient heritage yet utilizing our modern technology and future by mixing the best of both worlds combing the two and embracing the present. How it relates to your own Greek heritage… Our maternal grandparents were from the Northern part of Greece and our father was from the Peloponnese. Both regions were greatly known for their ties to a deep ancient past. The lyre kithara was handcrafted from the trees of the Northern and Peloponnese Greek forests by a family of luthiers from the same region.

By studying the artwork about the lyre kithara from ancient vases, sculptures, and musical texts they were able to replicate and tested the lyre to precision and were successful. The flute was also a handmade wooden one purchased from the same Northern region in Greece where my maternal grandparents were from. That region was actually mostly known not only for ancient past but primarily for their folk music. Music, theatre, poetry, and the arts were deeply cherished and an integral part of life and culture throughout Ancient Greece and I wanted to pay homage to its lost sound and integrate it into our current sounds we’re experiencing as our new international culture and appreciation of the arts.

An inside look at some of the awesome gear used to create Dead Waves’ new album, God of the Wild.

What’s the significance of the term “Ancient Future?”
Panopoulos: “Ancient Future” was the concept I thought up when applying my love of experimenting with my analog synth, pedals and other electric instruments all the way to paying homage and respect to plain raw nature. Our planet and biosphere allowing us for everything. Nature is the basis for all and allowing us to exist and allowing us to build from its forests, stones, flora/fauna and everything left in between. We built our first instruments this way and our idea of expression through music was enhanced by utilizing our surroundings in and from raw nature.

So, I wanted to combine our ancient cultures with our future cultures in regards to explorations of music and sound. Ancient Future, in essence, was my concept of a self-reflection in our past and ancient beginnings to our present with modern technology, and where we’re going in our future experimentation, combining and coming back to our most ancient past and the now, embracing the duality and being in harmony together as one, moving forward ad infinite or ouroboros in the ever-present in this realm. 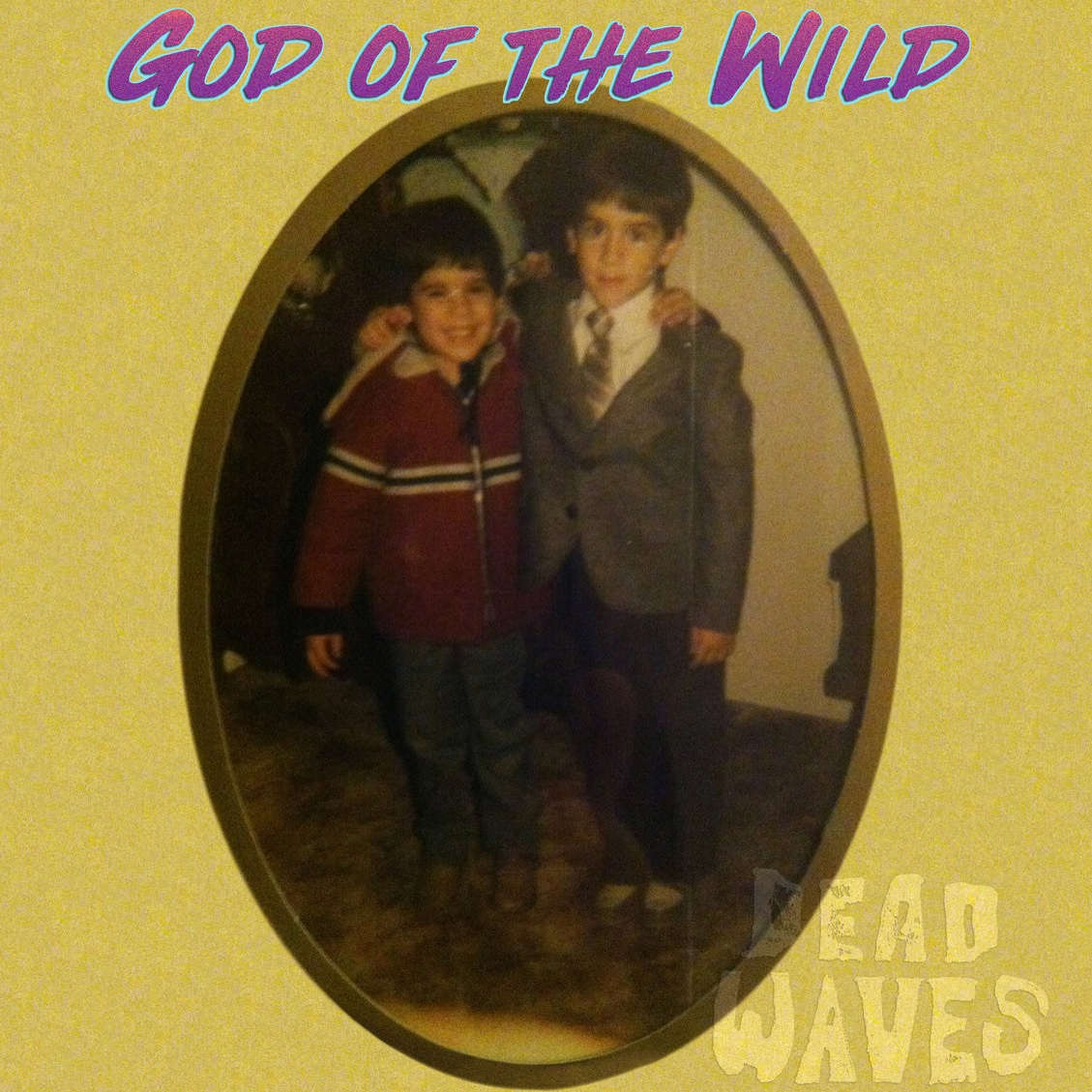 Why the choice to use no drums on the album?
Panopoulos: We wanted to try something different. On this album, we wanted to completely remove something that we already and always used in every song in our past recordings, something so important and relevant in all music, percussion. There were multiple reasons to why we chose it but ultimately it came down to experimenting with a different sound and also removing the burden of auditioning a new member and trying to compromise and cater our creative vision by having someone else in the group.

It’s just us now and we don’t have any outside factors (that factor) into doing things the way we want and at our own pace. We wanted to strip this project down to a two-piece and just rely on each other, and maybe next album one of us might do some experimenting with drums.

Anything more you want to say on the topic of gear…
Panopoulos: Not to sound too cliched or try-too-hard philosophical, but I feel like gear is a musician’s conduit, a medium to allow an extension to one’s connection to their internal universal consciousness and outwardly expression. It’s like life itself, the ebb and flow being in the flux, you’re constantly growing, exploring, learning, unlearning, creating, just being in this realm of reality as we know it… and at least to me, I feel that without my gear there is no point to exist.

Here’s one more track, “Astrapi,” from the new album God of the Wild.