Prior to finding fame as the cult radio icon Dr. Demento, Barret Hansen was an A&R man for Specialty Records. Even before that, he worked with the bands Spirit and Canned Heat. The Dr. Demento Show launched in 1970 and would be properly syndicated within a few years.

Without Dr. Demento, a lot of your favorite comedy and novelty music artists would probably have never gotten any radio airplay. Beyond being the DJ that single-handedly brought “Weird Al” Yankovic to national, and international, attention, Demento played a big role in bringing attention to folks like Richard Cheese, Emo Phillips, Judy Tenuta, Barnes & Barnes, Elmo & Patsy, and Ogden Edsl. He also helped revive future generations’ interest in a lot of artists from the 1940s and 1950s, including Tom Lehrer, Stan Freberg and Benny Benn.

Dr. Demento himself is the subject of, and a participant, in the 2018 tribute album Dr. Demento Covered In Punk. A #1 release on the Billboard comedy charts, Covered In Punk features the likes of Joan Jett, “Weird Al” Yankovic, The Misfits, William Shatner, Fred Schneider and Adam West, to name just a few of the performers. The compilation was the brainchild of John Cafiero, who is also the singer of the band Osaka Popstar, the manager of both The Misfits and the Estate of Ramones bassist Dee Dee Ramone, a record label head, a film director, and a film producer.

I had the pleasure of doing Q&A with Dr. Demento himself about Covered In Punk. More on Dr. Demento and the Covered In Punk project can be found online at www.coveredinpunk.com, while Mr. Cafiero can be followed on Twitter and/or visited through the Osaka Popstar website; currently there are rumors of Cafiero putting together a Volume 2 of Covered In Punk.

How did you and John Cafiero first meet?
Dr. Demento: He contacted us… I believe. I think he contacted my manager first. Since we’re at opposite ends of the country, I didn’t meet him in person until the project was well underway.

Was there any hesitation on your end in getting involved with John’s compilation?
Demento: It was an audacious idea, and we didn’t know what to expect at first. As you can imagine, I have gotten approached for projects quite often by people who didn’t have the wherewithal to carry them through, but the more I got to know John, the more enthusiastic I became. He is highly-enthusiastic yet very meticulous; an unusual and great combination.

I’ve read that you worked in A&R for Specialty Records. Did discovering “Weird Al” Yankovic almost lead you back into A&R?
Demento: My job at Specialty was mostly preparing reissue albums of music they’d recorded in the 1940s and ‘50s, but we did sign a few new artists. I enjoyed that, but once the Dr. Demento Show was established, it started while I was at Specialty, I committed to radio, not records, as my career. While the radio show was getting established, which took a while, I did a lot of part-time and freelance work for Warner Bros. Records but was not involved in A&R there.

By the time Weird Al started doing really good work, the radio show had become very successful, so I was fully occupied with that and never seriously considered getting back into producing records. I attended several sessions for Al’s first album, with Rick Derringer producing, and watching him I realized again that radio is really a better fit for my talents; an A&R person has to do so much more than just have great ideas about how music should sound. A good A&R person needs to be a coach, a psychologist, and a politician, for starters. 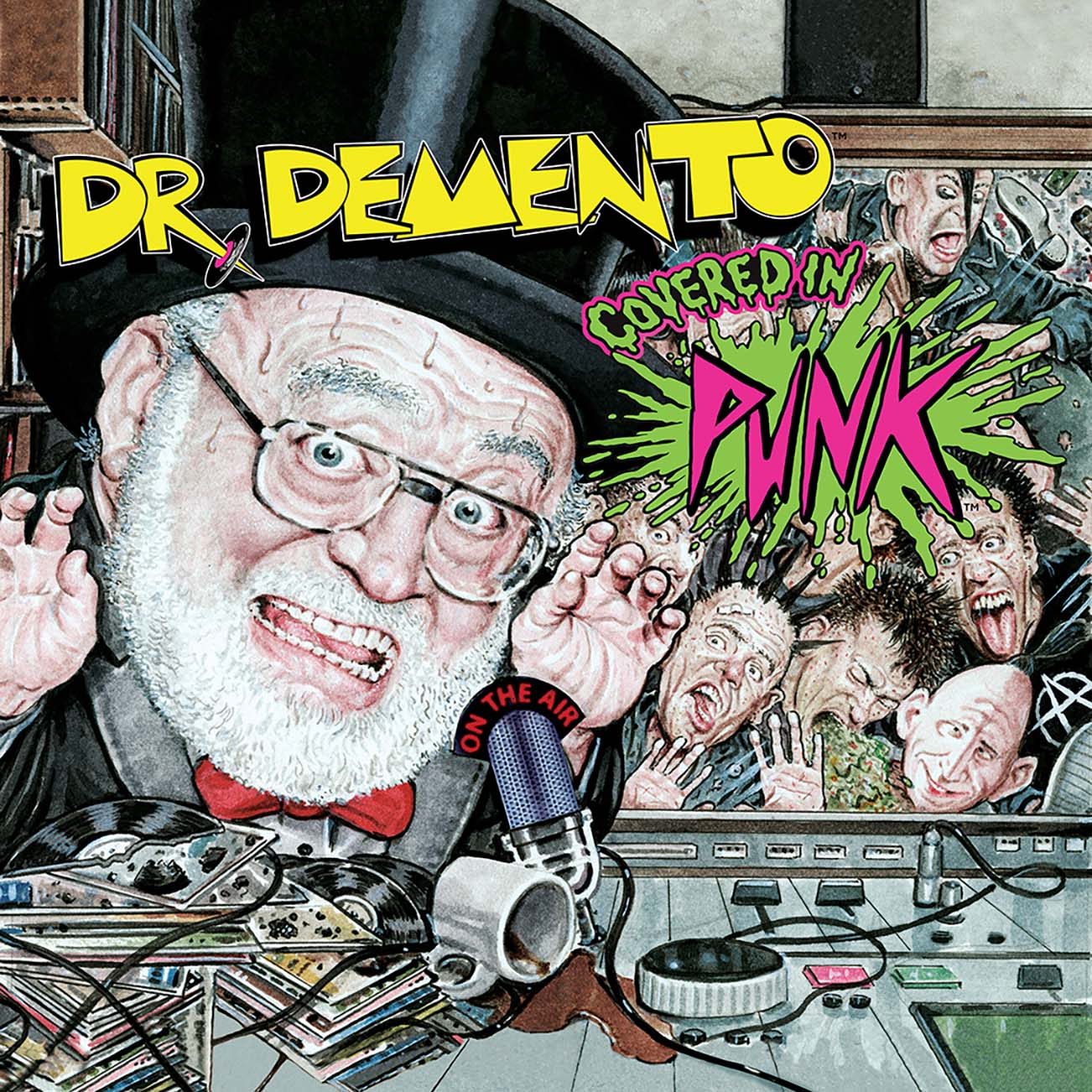 One of my favorite songs from your show was Fred Stoller’s “Thrillseeker.” Do you remember how you discovered that song? Any memories related to it?
Demento: I believe it just came in the mail. I used to get a couple dozen tapes every week. I was impressed by Fred’s resume, with Seinfeld and all. The song got a good reaction from listeners. I just listened to it again for the first time in a while.

I remember when you first took your show to the Internet, in response to the difficulties of being syndicated with advertisers. Given the rise of podcasts over the last five or six years, have you ever thought about making your show a podcast?
Demento: Yes, I looked into that, took a meeting with a major podcast producer. Podcasting would seem ideal for me, but there’s one big problem: I use a lot of music from major record companies which is not cleared for podcast. That music can be licensed for streaming, which is what I do, but under current conditions, not for podcast.

I could do a podcast show with only unsigned artists, or just talk like so many podcasts, but as things stand now, I couldn’t play Weird Al, Stan Freberg or Spike Jones on a podcast, or most anything that was ever on a commercial record release before the 1990s, and without those it wouldn’t be the Dr. Demento Show that people love and cherish.

This is “Creature With The Atom Brain” by Quintron & Miss Pussycat.

Is there a career goal that you are still looking to accomplish? Anything that you still are hoping to conquer as a broadcaster?
Demento: To make the whole known world fall in love with Dr. Demento Covered In Punk.

When not busy with work, how do you like to spend your free time?
Demento: I’m an “armchair railfan.” I have a lot of videos, books, and records about trains and enjoy those for relaxation. I ride real trains when I get a chance, which isn’t real often. I also like reading… Biographies, especially about musicians and comedians, and other things. I re-read a bunch of Beat Generation literature a year or two ago. I just read a couple of 19th-century classics, picked almost at random – Two Years Before The Mast and Around The World In 80 Days.

The latter was a book my grandfather got when he was a boy, in 1892, he wrote his name on the flyleaf. I revisit my alma mater, Reed College in Portland, Oregon, every year or so, to see old friends, meet new ones, and give a lecture or two.

Check out an interview with both Dr. Demento and John Cafiero.