It’s late Friday afternoon at McCabe’s Guitar Shop in Santa Monica, California. The small store has long served as a place to buy both new and vintage stringed instruments, repair a broken guitar, and learn how to play one. For many years, McCabe’s has been recognized by the local Angelenos and traveling show fans as a premier venue where acclaimed musicians perform in its intimate setting. Upstairs, in one of the rooms where private lessons have been taken for decades, Chris Barron is playing his guitar as he preps for the acoustic set he’ll play in a few hours.

“This place reminds me of the first place I took guitar lessons,” reflects the man who is most notably recognized as the singer for the highly popular ‘90s alternative rock band Spin Doctors. “I was like eight or nine years old, and my mom’s like, ‘Chris, you’re going to take guitar lessons,” to which Barron replied, “What about the trumpet?” She said, “Well, you can’t have a sing-a-long with the trumpet.” To this, the young Barron insisted, “How about the piano?” His mother explained that taking a piano to the beach would be difficult, adding that it would be easier to attract girls if he were to take up guitar. “I didn’t really take it very seriously until I was about 13 or 14,” Barron says of his entry into learning guitar.

Here’s the title track off the recent album Angels and One Armed-Jugglers.

“Any time when I’m in a cab or an Uber, they’re like ‘Can I put your guitar in the trunk?’ and I’ll say, ‘No, I’ll ride with it.’ Every cab ride, every Uber, if it’s like more than five minutes, I pull out the guitar and I play. I get hours of practice in that way, and I travel a lot. If I’m going to the airport or something that’s a half an hour or forty minutes or something like that, I’m just practicing guitar the whole time.”

Barron’s recent solo release, Angels and One-Armed-Jugglers, showcases his breadth as a singer/songwriter and guitarist in a way that none of his previous musical efforts have done. Soon, a small crowd at McCabe’s will get their minds blown by Barron’s one-man show, hearing his new material as well as a few Spin Doctors classics, unplugged and unvarnished.

“The record is full-production with varying levels of elaborate instrumentation. Some of it is the full rock ensemble. Some of it has horns and strings. Some of it’s pretty broken down, like the song ‘The World Accordion to Garp’ is just tuba, accordion, and guitar, which are the three instruments that are mentioned in the lyrics. That’s a little bit like on the nose, but it sounded really good. A lot of these tunes are different ages: some of them have been around for a while, some of them are fairly new. ‘Saving Grace’ I wrote a few years ago. It was on a Blues Traveler record.” 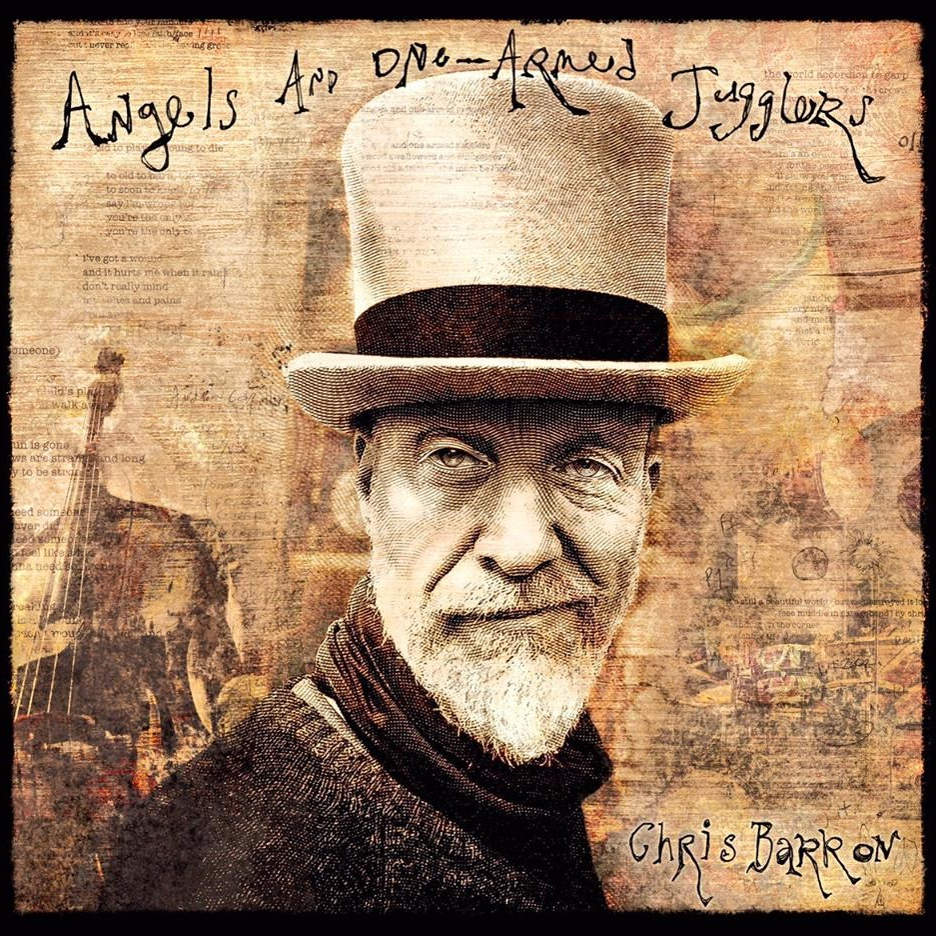 Explaining his tastes and influences, Barron emphasizes, “I’m just into all these different kinds of music and these different kinds of chordal shadings and rhythmic shadings. On this record you got songs that sound like jazz standards, you got some that sound like straight-up rock songs, and a lot of things that are somewhere in between.” Barron says that he never sets out to write a certain kind of song. “To me, a song is like a proposition. This idea. What I do is I work the lyrics until it makes sense as a whole, and I’ve realized this idea.”

Affirming that Angels and One-Armed Jugglers wasn’t a contrived and formulaic undergoing, Barron adds, “It was very intuitive. It wasn’t like, ‘I’m going to take this tune and this tune because they’ll go well together.’ In fact, funny things came together as the record was being made. The record’s title track is called ‘Angels and One-Armed Jugglers,’ and on ‘Saving Grace’ the beginning of the chorus is ‘I’m tired of songs about angels. I could use a punch in the face.’ That wasn’t like, ‘Oh, I got this great lyric that’s going to answer this other lyric.’ I’m really interested in making music that’s varied. In chasing down these ideas, it just leads to different places, musically.”

“Before a solo show, I just like to have a guitar in my hand. I just like to be playing guitar. (The) part of this job I hate the most is waiting to go on; the hour or two before I go on. As a singer and as a guitar player, I’ve been working on this my whole life. To a point, I see it as my job to meet people and be nice to them. On a purely human level, people do look up to you when you do something like this. (For) some people it’s really important to them. The song, or your records, or you as a personal figure, you occupy a big space in their mind because you were on the playlist when their kid was born. Or, you were the reason they met their wife or their husband. Some people have been listening to your record since they were a little kid and now their dad who turned them on to the record has passed away. People have really strong, poignant, real emotional connections to music. In my mind, I feel a responsibility to people who might have a feeling like that. I’ll try to be really careful not to disappoint somebody or hurt their feelings.”

When Barron’s popularity rose in the early ‘90s as lead singer of Spin Doctors, he was seen as the tall, blond-haired, somewhat scruffy guy behind the microphone, dancing around onstage. “One of the things that is just so funny about the Spin Doctors is we’re really famous for these two songs, ‘Little Miss Can’t Be Wrong’ and ‘Two Princes.’ The people that take more than a cursory interest in the band discover that we can really play, that everybody in the band is truly a real player, versatile, and has a mastery of their instrument. I’ve been really fucking lucky to have hooked up with those guys because they’re such amazing musicians. I’m playing with three amazing musicians who are super, super dedicated, and that has really rubbed off on me over the years.”

“(People are) surprised that I can play more than rudimentary guitar. I’ve been playing guitar for forty years or something like that. Long enough so I should be better, but long enough to be good enough.” (laughs)

We couldn’t tolerate leaving you without the music video for Spin Doctors 1993 classic “Two Princes” off their debut album Pocket Full of Kryptonite. 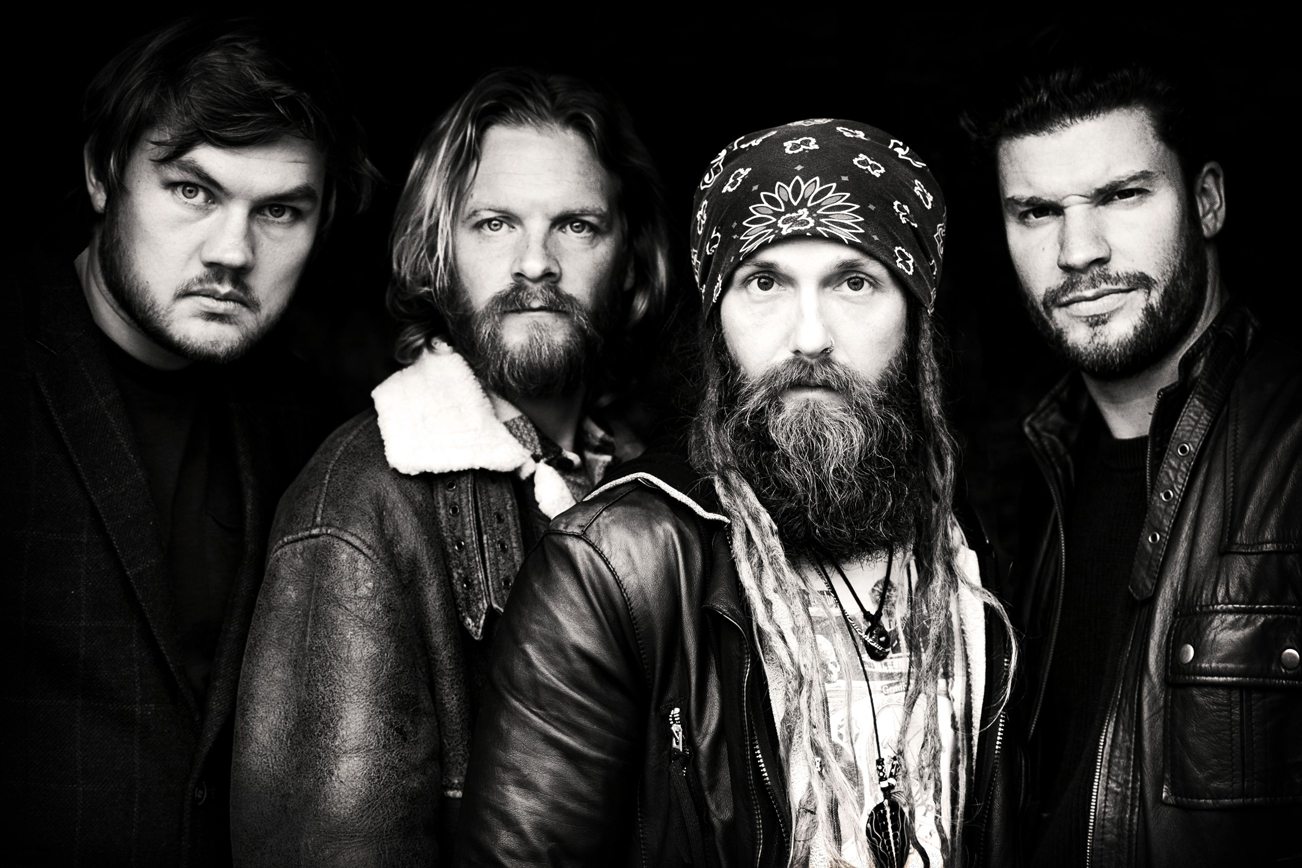 Baker’s Dozen with Danny P. – Munch Down on Some “Bongripper Fat Bombs”