About the Sketch:
– Okay, so this should come with a disclaimer. I, Damon Kardon, completely acknowledge that the following diatribe will make me totally come off as a grumpy old man. I don’t really care because this is an issue I feel passionate about. What the fuck is up with rock bands today? Can half of these popular bands even call what they play “rock music”? I hear EDM mixed with county mixed with “studio magic” when I listen to most new music on Spotify claiming to be rock music.

Bear in mind, there are quite a few “true to the core” arena rock bands out there holding it down. I give mad props to bands like Foo Fighters and Pearl Jam who can play sold-out baseball stadiums and sell new music to the dedicated rock fans, and do it in the traditional structure of electric guitars, vocals, drums and bass. But then I hear a popular band like Imagine Dragons, Fall Our Boy, or anything Ryan Tedder touches (from OneRepublic) and I want to puke. It’s all marching band drums and pro-tools and auto-tune and body paint. It’s like the worst of ‘90s pop/r&b had a baby with the Chuck E. Cheese band.

Check out the full-resolution version of the PENsive #10 sketch. 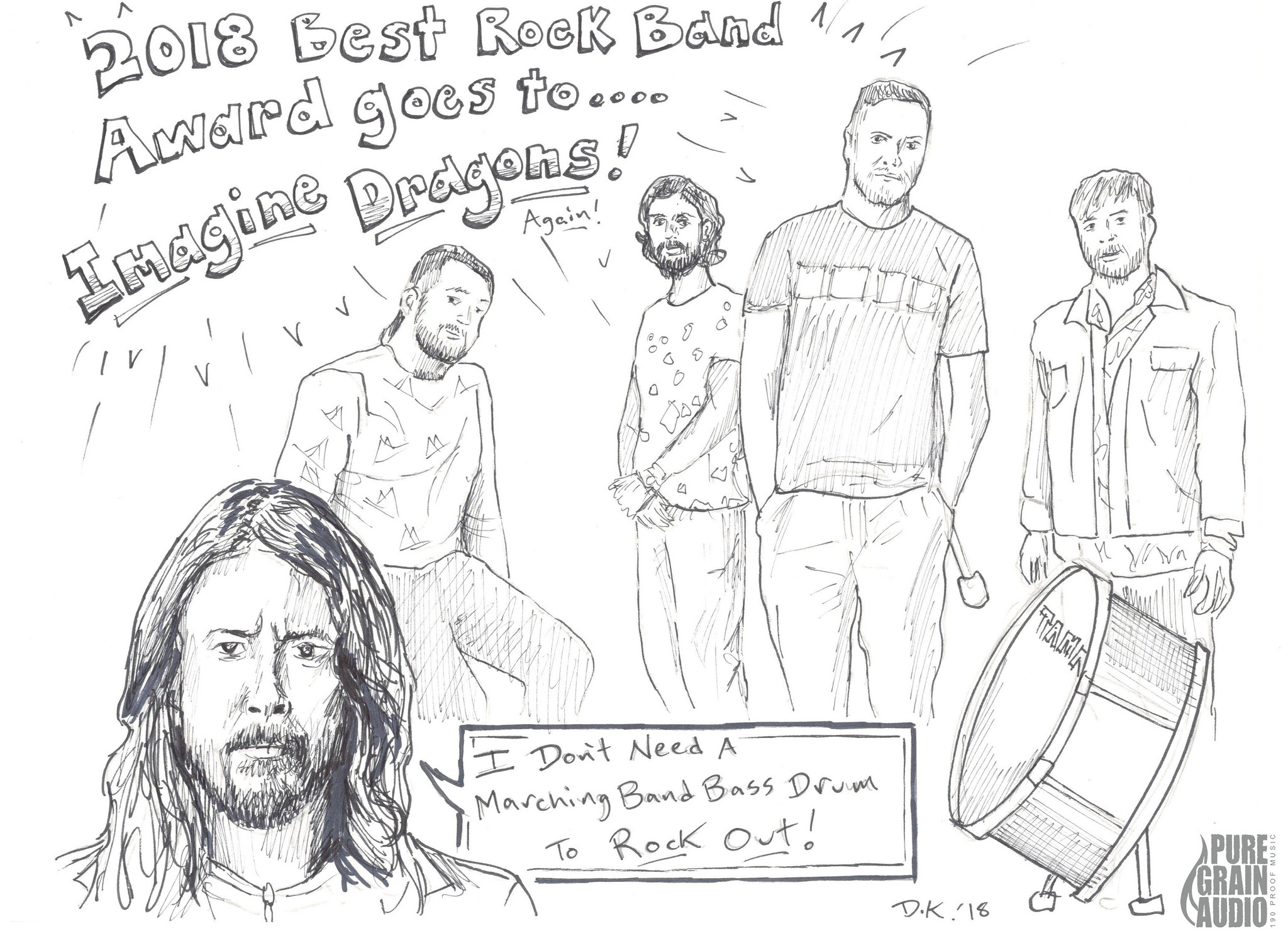 I know that rock ‘n’ roll is not the most popular music today. That goes to rap music, and I am happy it is receiving its respect due. I love rap and have since the ‘80s. Back when rap was still growing in the late ‘80s/early ‘90s and grunge took over the rock scene; radios still gave a good amount of record play to both scenes. I’m not hearing true rock music anymore on radio or TV unless it has this new polished pop music sheen, and there are plenty of rock bands out there that need more of the spotlight.

My ultimate disgust goes to the MTV Music Awards. I used to watch and tape (yes tape on a VHS player) the awards for all of the late ‘80s and half of the ‘90s, back when they actually played good videos. I have no clue if they even play videos now but remember a long time in the late ‘90s/aughts where it was only Real World, Road Rules and Laguna Beach. I am surprised now when they even have an electric guitar on stage at the awards (usually a session player behind Katy Perry or Selena Gomez). So this year’s rock video award went to Imagine Dragons) and that just sucks. It sucks because they actually had a true rock band up for the award. Foo Fighters should’ve won, and should just be a statement for the fact the category was rock. Never mind whatever video because I’m sure they are not actually judging videos. It’s a popularity contest and the most popular rock band is Imagine Dragons…. and that is fucking sad right now.

A video of Imagine Dragons talking about being “a Genre-less Band” at the 2018 Grammys.