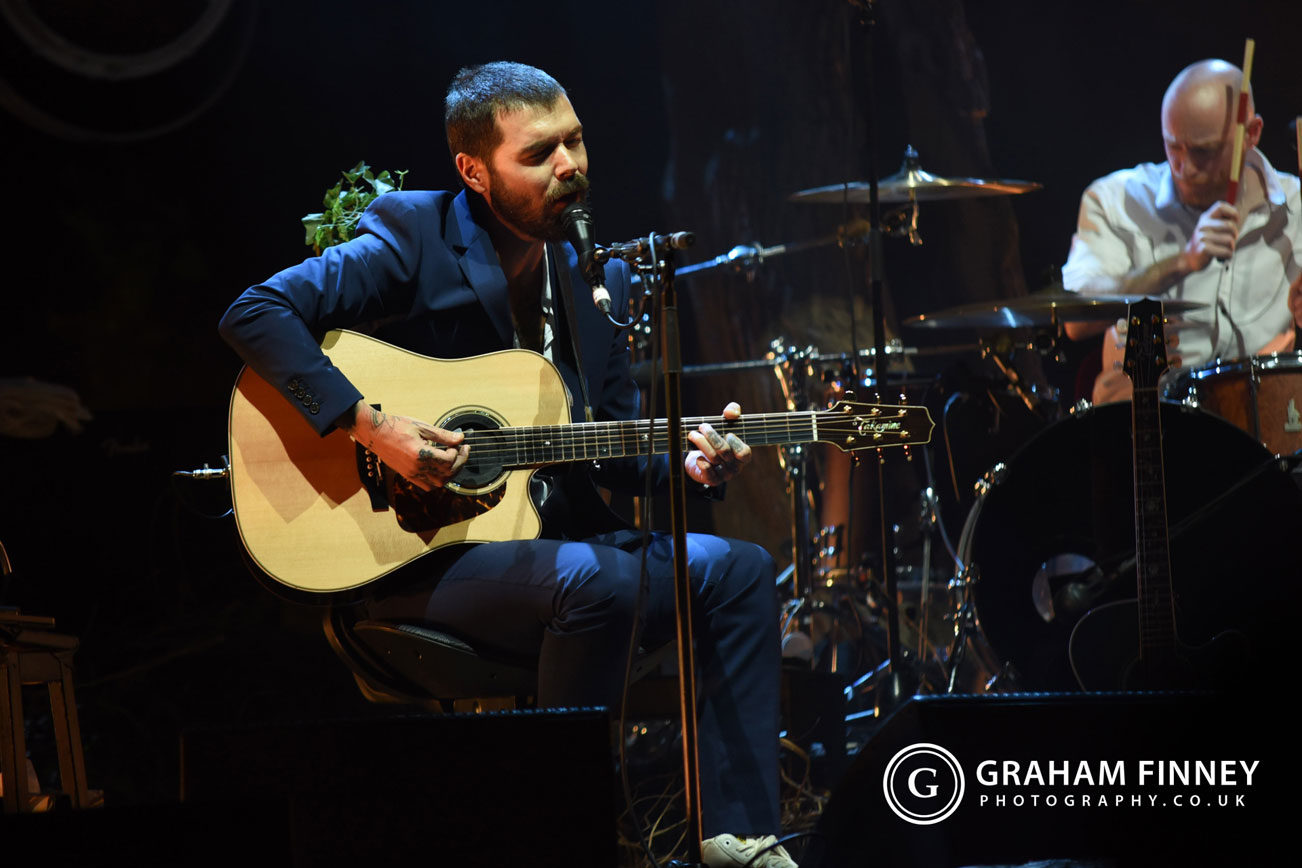 For those of us who remember that far back, one-time music channel MTV used to run a series in the ’90s under the banner of MTV Unplugged, where some of the biggest names at that time in rock and pop would strip their sound back for acoustic sets in intimate surroundings to small audiences. A great idea in principal turned out to produce of the most iconic live albums of all times with the likes of Nirvana, Pearl Jam and many more acts performing truly magical sets.

Back in November 2017, Scottish rock favourites Biffy Clyro reintroduced the world to the “Unplugged” series with a set at the iconic London Roundhouse. The gig turned into a live album which saw release earlier this year and the band are now following this up by taking their “unplugged” show on the road. We caught the show in the delightful surroundings of the Manchester Opera House, a venue more accustomed to the likes of “Swan Lake” than that of a fully-fledged rock act but one that, as the band gracefully kicked off their set with “The Captain”, couldn’t have been more perfect.

For the next couple of hours, the Scottish rockers stripped back their sound and delivered a raw, heartfelt performance which included the likes of “Mountains” and “Many Of Horror”. Nights like this are few and far between and, as we saw first time around, the “Unplugged” series delivered some unforgettable nights. Let’s hope Biffy Clyro have kickstarted the series and are just the beginning of many more iconic nights to come.