Forgoing an opener, Steven Wilson performed for close to three hours at the Danforth Music Hall on Sunday, April 22nd, delivering an audio-visual experience that was second to none. This will come as no surprise to his fan-base, a prominently male collective of fans well-versed in Wilson’s quest for musical perfection. A perfection he’s worked towards on over two decades of song-craft in numerous projects both in studio and live on stage, the most prominent of the bunch being Porcupine Tree.

There was a fine mesh projection-screen stretched across the entire stage as fans queued their way into the venue. Before the band began, one of Wilson’s touring crew carefully vacuumed the performance area behind this mesh under a wash of luminous blue stage-lighting. Wilson always plays in his bare feet, and he moves around a fair bit on stage, so extra care is given to make sure he doesn’t injure a foot while he’s performing. In a questionable move, this evening was seated, not something you see that often at the Danforth. It seemed a surprise to Wilson as well as he commented on it a couple of times throughout the evening.

The stage set up for the show was Craig Blundell (drums) on the rear left, a piano/keyboard for Wilson in the rear center and then Adam Holzman (keyboards/vocals) and all of his respective keyboards and synths at the rear right. Nick Beggs (bass/vocals) performed at the front left, Wilson spent most of his time at front center and Alex Hutchings (guitar/vocals) performed at front right. The band then utilized some top and side lighting, along with video projections both on the front mesh and a second screen behind the group allowing them to effectively be components between two pieces of interactive videography for some of the songs. The front mesh could be pulled to the left enabling the band to perform “unobstructed” when they chose to. 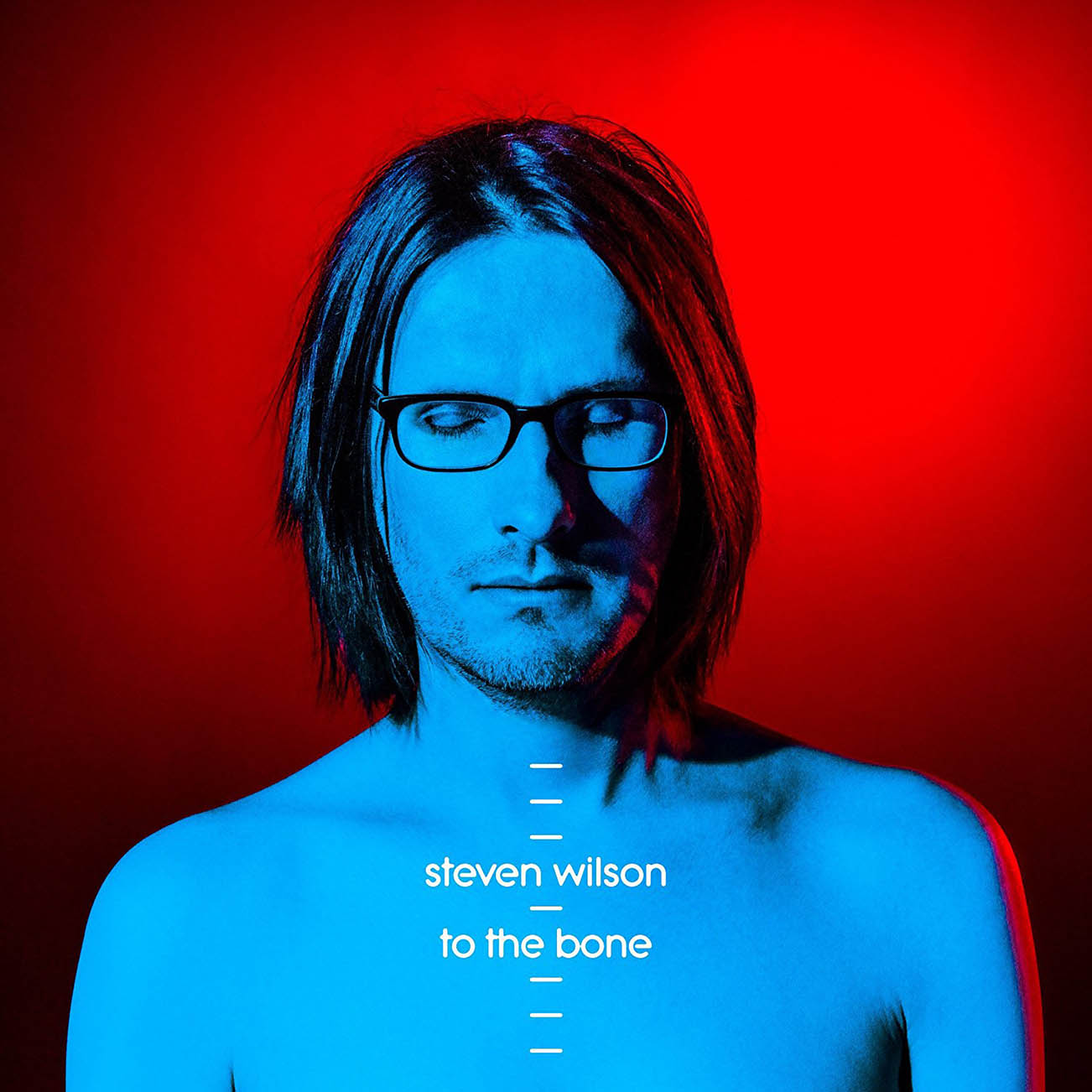 The show opened with a short film entitled “Truth,” which was a series of still images with single words typeset across them in a slide-show style. The visuals would cycle through and start again, picking up speed slightly, with the words shuffling from image to image, giving the visual different meaning and context with each respective sequence. This slideshow builds up in speed as the sound of a harmonic tone grew increasingly louder to a point where the five band members took the stage and launched into “Nowhere Now” and then “Pariah” from Wilson’s most recent release, To The Bone. Black and white close up footage of Ninet Tayeb was projected on the mesh as the band performed “Pariah,” a song Tayeb provides guest vocals for on the album. In a week or two, Tayeb will join Wilson on tour both as opener and co-performer. She lived amidst the music this evening courtesy of the magic of pre-recorded videography.

The evening progressed with some songs from Hand Cannot Erase and “Vermillioncore” from 4½. The rest of his earlier deeper cuts didn’t pull from his first three solo albums but were all Porcupine Tree tracks, of which he performed seven in total. Wilson invited fans to help him name his newest guitar, a weathered 1963 Telecaster he was particularly enamored with. Asking fans to toss female names on the stage during intermission, he read out a bunch of possible candidates early in the second set of the evening.

During the latter half of “Ancestral,” Wilson, Beggs, and Hutchings all went to their knees (with Wilson on his back for a bit) as they rolled that lengthy song towards its inevitable crescendo. He addressed “Permanating” before he performed it as his most poppy sing to date, and acknowledged that it’s likely his most hated song amongst his die-hard fans and that he didn’t care and still wanted to perform it. “Song of I” utilized the front mesh screen beautifully as it projected a silhouetted dancer cast against a red glowing halo, who wound up being cloned over and over as the song progressed. Towards the end of this song, the effect was almost dizzying as rows, and rows of tiled dancing women moved their arms and gyrated their hips in synchronization as the band performed behind the visual effect.

Check the official video for the song “Permanating” here.

The show culminated with Wilson alone on stage with only a guitar plugged into a valve amplifier that he’d neglected to turn on. He got to demonstrate how the valve worked as he strummed his guitar and we could all hear the amp gradually kick in and fill the room with his intricate guitar-work on “Even Less.” The band joined him to perform “The Sound of Muzak,” another Porcupine Tree song before Wilson sat atop a stool to deliver the final song of the evening “Song of Unborn,” after a heartfelt description on the song’s message of optimism in an era where it’s increasingly hard to stay optimistic.

This evening’s concert sold out very quickly when it was announced. The entire evening was an excellent concert experience. Wilson’s fan-base is active the world over, and he once again delivered a world-class performance in Toronto. He managed to elicit the longest line-up of people I have ever seen to buy merchandise at the Danforth Music Hall, offering a bevy of colourful and well-designed tour shirts and sweaters, CDs and vinyl, much of which could be purchased autographed for a bit of extra money. One of the nicest things about the evening was seeing people walking around the mezzanine and between the aisles inside the venue with printed tour programs – a staple of all the concerts I loved in the 1980s and something I seldom see from most touring artists these days. And yes; I bought one. 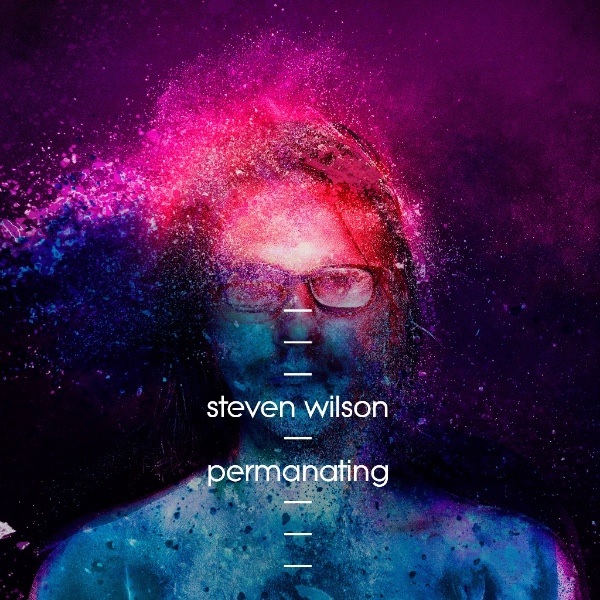 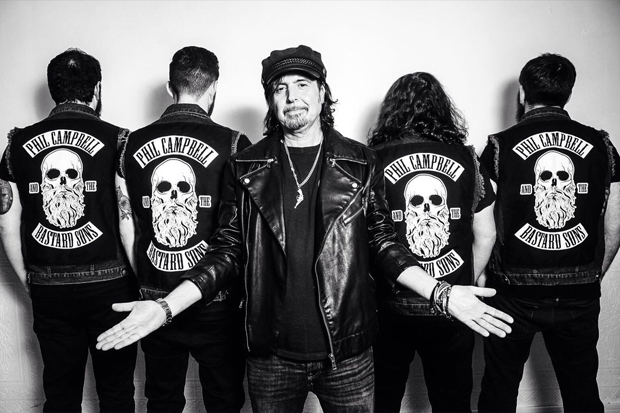 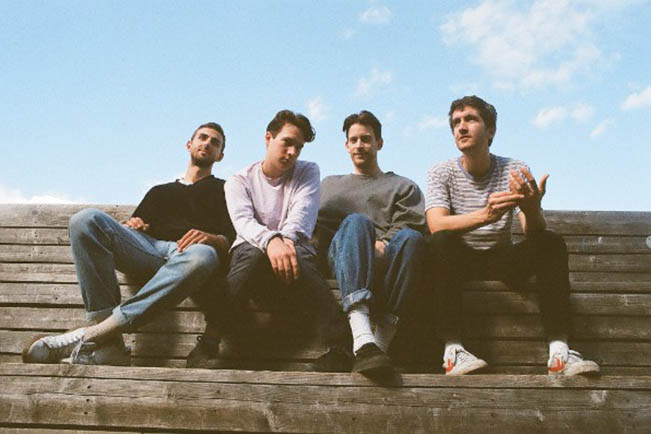