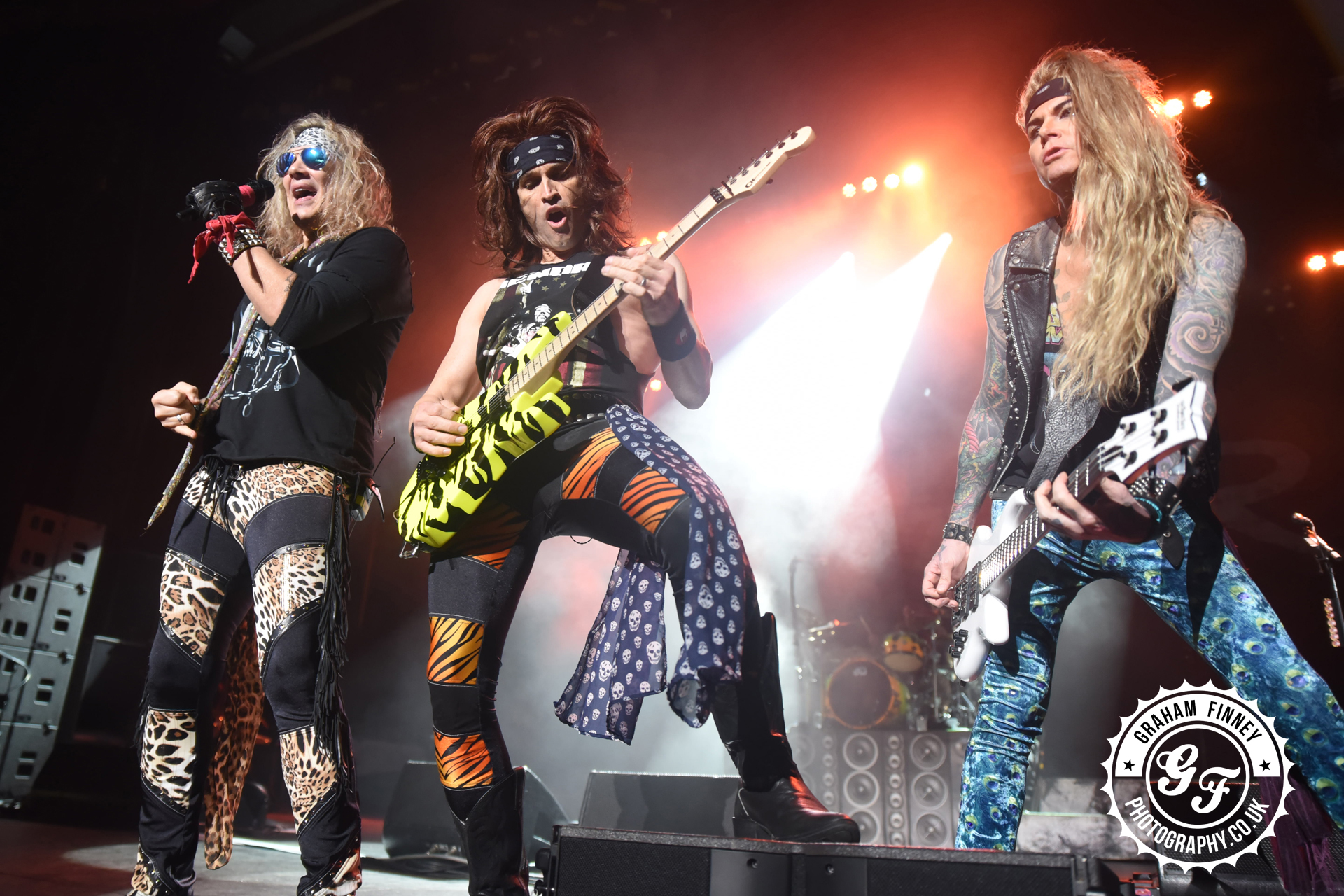 Steel Panther are one of those bands who split opinion. There are a lot of people out there who hate everything that this band stand for, there are those people who think the joke wore thin after one album but, judging by the packed house at the O2 Apollo in Manchester, there is still a large amount of people who find the band highly entertaining and are willing to shell out good money for ninety minutes of spandex and tasteless vulgarity.

Bounding onto the stage to “Eyes of a Panther”, this is hair metal at its most gloriously over-the-top and not one person in the Apollo tonight would be expecting anything less. The thing with Steel Panther though is that, with most people, there is a line and Steel Panther are happy to step a country mile over that line when it comes to taste. Getting pussy, big boobs, shagging dogs, nothing is out of limits, although spending nearly ten minutes introducing each other barely three songs into the set does start to test your patience a bit especially when they do finally get around to playing another song and it’s another banger like “Asian Hooker”. 17 girls join the band on stage for “17 Girls In A Row” while “Death To All But Metal” brings the main set to an offensively raucous conclusion.

Whether you like them or not, watching Satchel widdle his way through an impressive solo/jam session, it’s hard to deny that the band are tight as fuck however all of that kind of gets lost under the tsunami of filth that you get swamped with. That being said, Steel Panther isn’t about how good they play, it’s about partying and judging by the girl who stood puking her guts up a few feet from me, Manchester certainly partied hard with the Panther.