There could have been no better way to sign off the year than in the company of riff-merchants Clutch. who were in London as part of their winter UK tour. Before the show at the Roundhouse in London, we sat down with Chris Brooks from support act Lionize to discuss touring with Clutch, their future plans and recording in Jamaica.

There’s no pressure at all, trust me you’ll do fine. Now, you’ve toured with Clutch before, how did that go? Is it how you came onto this next leg with them?
Brooks: Yeah we’ve toured with them a lot, I guess over the last 8 – 10 years, we’re from the same place, we had a lot of the same musical connections, similar teachers and stuff so when we started getting going and started touring, we picked up a tour with Clutch, I don’t even know how many we’ve done, we’ve done at least a hand full in the States.

So, second time you’ve been over to the UK, how did the first tour go for you? Do you think you’ve built up enough fans?
Brooks: I don’t think we’ve ever built up enough fans, for us personally, but Clutch are selling this place out. The last time we did London with Clutch was really, really good, it was a big huge theatre, we came back on the Lord of the Riffs tour where we co-headlined with Planet Zeus and King and that was a really great show also. Then we did the Underworld for Desert Fest and that was a really killer show as well. We haven’t tried a proper headliner here yet but I think we’re building up, it feels like it at least.

Having listened to your stuff, I think I must’ve seen you on one of those tours, and not to sound rude but at the time you we’re just a support act but you really grabbed my attention, so I’ve been listening to your stuff lately and it’s good. So, this brings me on to the fact that you’ve got a new EP coming out, is that correct?
Brooks: We’ve got a new EP out, Voyage, we put it out in June , we put out another EP in February as well called Alpha, but Voyage is the newest one, I think the song selection is diverse and fun and rocky, I really like it. We mixed and mastered it and recorded everything ourselves which we did on the previous EP as well, I don’t know, I like making records. 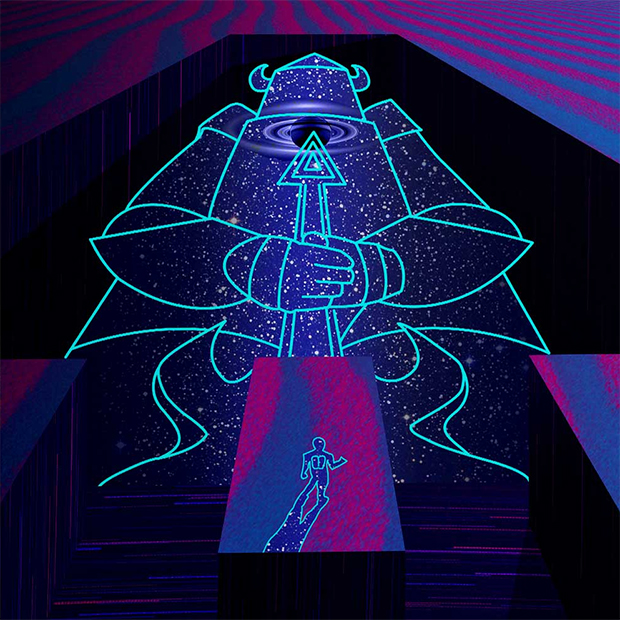 Fair play. Now you’ve got quite a few EPs out if I remember correctly, are you more favoured to the shorter EP rather than the full-length album?
Brooks: Because we try to record the albums ourselves it seems to make sense to do it in smaller groups and just get them out. We do have one other EP called Mommies Wrapped in Money from quite a long time ago which is more horror-themed. The thing with an EP is it’s easier to keep a theme together and we’re definitely fans of albums that have overarching themes. That being said, we’re working on a full-length album now.

Can you tell us when we’re likely to see it, I mean will it be in 2017?
Brooks: Certainly 2017 I think we’re hoping for summer time, spring, summer, we’re not sure when we’re releasing it yet. We’ve got a ton of songs in the can and we’re fixing to record them January probably.

So, is there a chance you’ll bring the album back to the UK on a tour or will it be strictly America?
Brooks: Certainly, we’re planning to hit the UK and Europe as hard as possible especially through the summer months, we definitely want to get over here and do the festivals and break into that world.

Have you done any of the UK festival scene yet?
Brooks: Just Desert Fest in London and we did another in Greece and that’s it, those are the only European festivals we’ve done.

Something I did want to bring up, listening to your music there’s an awful lot of nerdy let’s say, there’s a lot of references to Star Wars and so on, are you a big fan? Is this somewhere inspiration comes from, the sci-fi world?
Brooks: Yeah, I think we have a tendency to like fantastical sci-fi, anything when it comes to television and TV shows, we’re way into the sci-fi thing and it’s a nice way to make metaphors and stuff. A lot of our songs talk about, we’re not into writing about love songs or songs about our personal heartache and this and that, we write about us dudes being in a band, we write songs about the world around us. So, maybe if we were writing a song about Donald Trump it’s easier to turn him into a fantastical sci-fi thing then say exactly what you mean.

So it’s more fun to make the metaphor?
Brooks: Yeah, it’s like a poetic device.

Check out the song “Space & Time”

You’ve probably been asked this question because it was quite a while ago, but reading up guys, there was a band that you toured with back in 2005 that you got on so well with that as a result you recorded your first album in Jamaica, is that correct?
Brooks: Yeah we were all really big fans of the band Steal Pulse growing up, the English band from Birmingham, and we’ve always been in love with those records, they were just the best reggae records. We’ve always dabbled in dub and reggae, so when we started getting going they’d just released their 2004 record African Holocaust, which is the best reggae record ever. We did some shows in DC and it worked out well, then we did some other shows around, just regionals like the West Coast and we got to be friends with some of the guys and Sid Mills, the keyboard player, he invited us to have him produce our album and we said yeah man, that would be awesome, and he was like I wanna do it in Jamaica and do it at this studio and have this guy engineer, he had a whole plan laid out. So we said “hell yeah man, let’s do it!”

Was it a bit of a shock to the system, I mean it was your first album and get to record in Jamaica and have that kind of professional level rather then what a lot of bands do, self-produce in their bedrooms. That sort of thing? Was this anything you envisaged happening, especially at the first point?
Brooks: I don’t know if I ever envisaged anything like this. It was a huge learning experience to work in a studio with a producer, Sid is a really active producer, he has lots of thoughts and ideas about how things might go or what would make them better and that could be anything from a bass part to a keyboard part to vocals to take this whole part out or put this song in the trash and let’s write a new one. That was the first time that we were ever in an environment where we were being challenged really hard by someone musically outside of our circle. Otherwise going there was like a retreat kind of situation. You get very immersed in the world of recording and being there and everything about Jamaica.

Now I always like to ask a few random, fun questions just to wind up the interview and get to know you. Now the first question, if there was a zombie apocalypse, who would be the best person to survive with? They can be famous or someone you know, but you need to tell me why. Who would that be?
Brooks: That’s a tough question, Nate our singer is pretty unbelievably resourceful person when it comes to all things, I don’t think he would be a bad guy to have on your side. Clutch’s tour manager, Oscar is another “get it done” kinda guy.

So we’re looking at the MacGyver kinda things?
Brooks: Yeah, I’m looking to make up for the things that I will lack, so anything mechanical or positive thinking, I need someone around like that because I think I might just go into a shell.

That’s a pretty good answer because most people I ask will say someone that is tough, a big guy but you’ve come out with quite a logical answer. OK, next one, Star Wars or Star Trek?
Brooks: Star Wars! 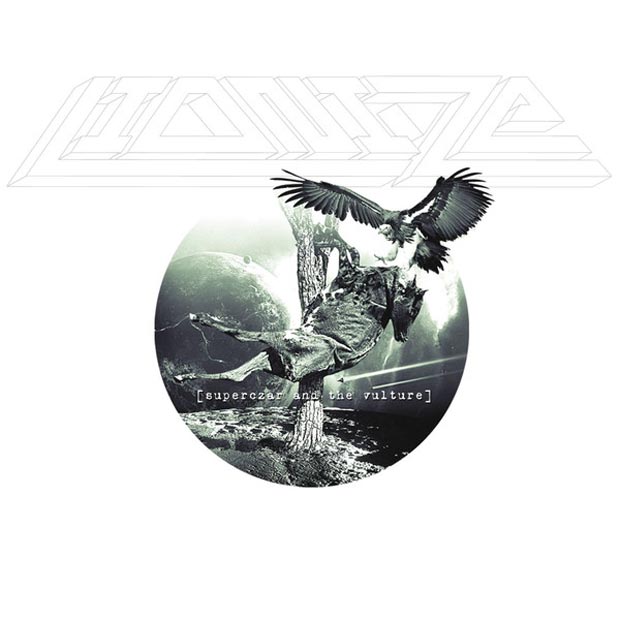 Why Star Wars?
Brooks: I never got into Star Trek growing up, my stepdad watched it and I thought he was kinda nerdy for it. Star Trek always seemed kinda boring to me, Star Wars was more action packed and in-your-face, maybe in novel form Star Trek could be better.

Are you going to catch the new film? Whilst you’re in the UK?
Brooks: Yeah, I’ve seen all the other ones. No I probably won’t be that pressed, I’ll see it at home though in the theatre.

We are going to wrap this up now, unless there’s anything that you want to bring up?
Brooks: Well everything’s pretty much under the hat at the moment, everything’s in the works in between here and there. We’ve got the new album which is definitely coming out next year, it will definitely be a full-length.

That has reminded me of one more question, are there any venues in the UK that you’d really love to play?
Brooks: Well, the Underworld would be on the list, but we’ve done that, you know I don’t know, touring with these guys we’ve hit quite a lot of them, other them like Wembley, I mean everyone wants that, although the actual doing of it would be nerve racking but it would be cool to sell that many tickets though.

I want to thank you for talking to PureGrainAudio today, best of luck with the show, you’re gonna kill it, just play those cool songs. Thank you very much my friend.
Brooks: No problem. 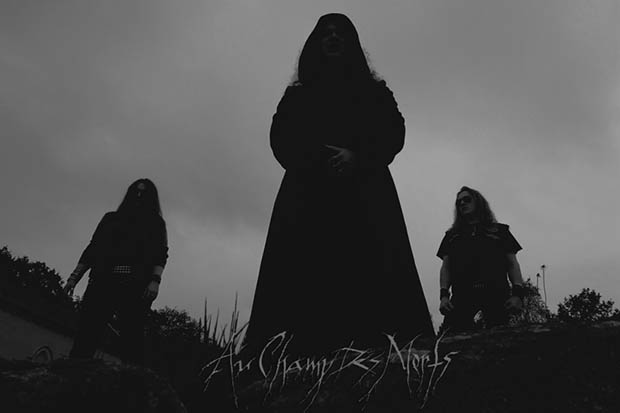 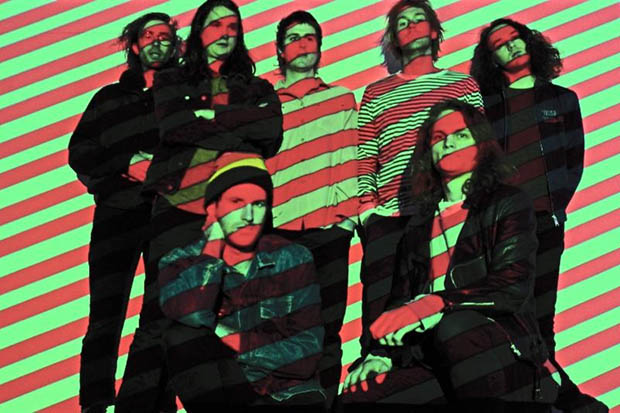