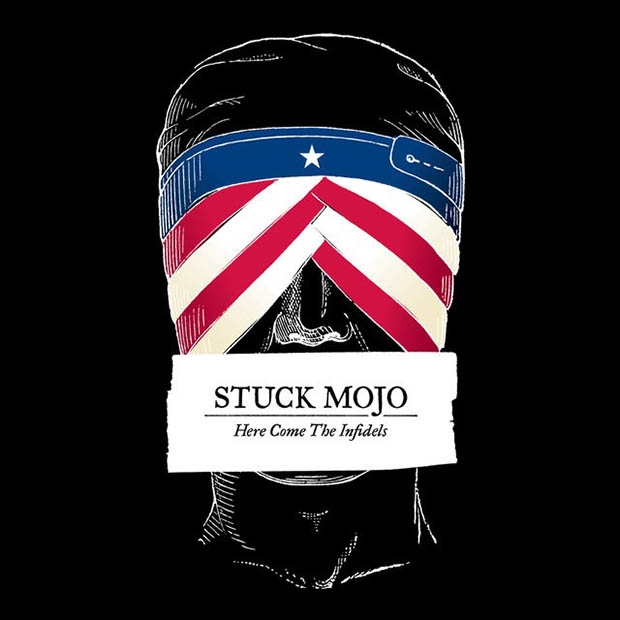 Since 1989 hardcore rap metal band Stuck Mojo have been kicking it hard with their pioneering brand of aggressive, in-your-face rap metal. Now, after eight years without any new music, Stuck Mojo is back with a vengeance (and new vocalist) with their latest helping entitled Here Come the Infidels.

The new album is eleven tracks of what the band has described as, “overwhelming lyrical rebuke against leftist, authoritarian, fascist dogma” which “pushes back against the Social Justice movement.” If you’re a longtime fan of Stuck Mojo then you’re going to salivate over each helping of die-hard, anti-leftwing, extremely political messages that Here Come The Infidels offers up. Musically, the album is hard and heavy so, even if you’re not in full agreement with their radical message, there is something on here to hold your attention.

That being said though, if you are into their anti-political stance against certain parties of the government, then you’ll raise your fist in defiance at the corrupt system as Stuck Mojo show that in 2016 they have not lost their edge.

Check out the track “The Business of Hate”