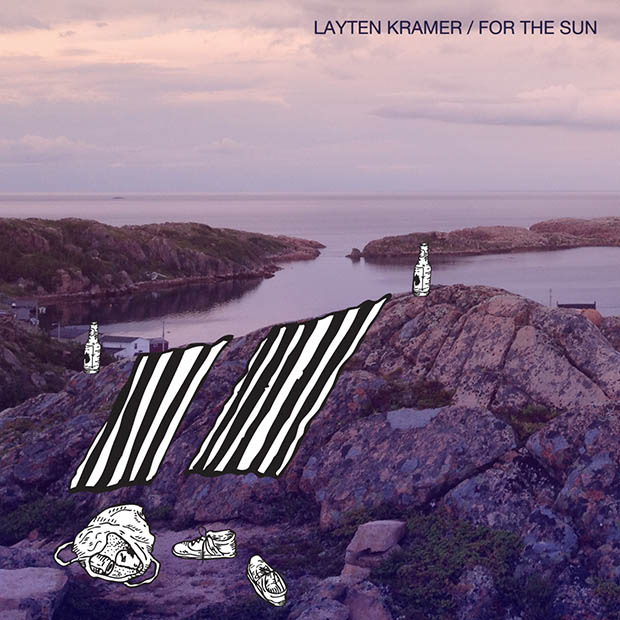 I’ll be honest, it took more than one listen to truly feel like I understood the concept of For the Sun. Layten Kramer’s first full-length release sounds like futuristic folk-rock. With soothing vocal tones mixed in with simple synth, the overall cadence of For the Sun flows rather well, and addictively. The album starts with it’s title track setting an ethereal tone for the rest of the LP to follow.

Layten Kramer, originally from Alberta moved to the PNW, a fact prevalent in his music stylings. The entire album could back a road trip video down the Oregon coast; Van life vibes. The album in whole was said to be inspired by some dark, lucid dreams Kramer was having. Like a dream, For the Sun plays in a haze. This new kind of Canadiana sucks you in and before you know it, it’s over. It’s the feeling of a requited exaggerated exhale, which works as a positive feat.

Throughout the entirety of For the Sun there is an underlying feeling of familiarity. Kramer is an original wrapped in seemingly obscure influence. Often sounding like a refined Robin Pecknold, fronting Future Islands-esque ’80s synth.

A surprising garage rock start to “Thin White Lies” has his sound veering in the direction of an Alex Turner solo project while on “Gold and the Sea” Kramer’s musical knack and writing skills jive, it feels like this is the tenacious tune to pull the whole project together.

While it plays forlorn, it becomes apparent this is part of its beauty; For the Sun is certainly worth many listens.

For the Sun Track Listing: