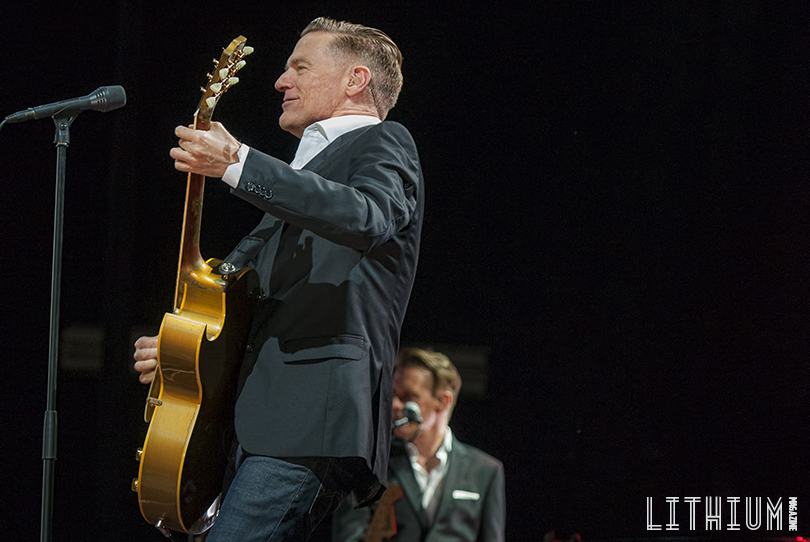 The Molson Canadian Amphitheatre was unsurprisingly packed for an iconic Canadian artist on Tuesday night.  It’s hard to believe one man can keep an audience on their feet and singing for nearly 3 hours, but Bryan Adams manages to do this consistently, and tonight was no exception. He was the first musical act to perform at the Amphitheatre on May 18, 1995, and just over 21 years later he’s back.  Seeing him so comfortable on that stage adds another layer of awesomeness to his entire performance.

Promoting his 13th album, Get Up, the show featured tracks from his new album including “Do What Ya Gotta Do” and “Go Down Rockin'”. But it wouldn’t be a Bryan Adams concert without the classics, including “Run to You”, “Heaven”, and the ever appropriate “Summer of ’69”.

This isn’t the first time I’ve seen him in concert, so I knew what to expect. But seeing the range of fans that come out to his shows, young and old, for me always cements what a wonderful performer he is. Bryan Adams is a truly iconic Canadian artist, and just going to one of his shows is explanation enough for his popularity.

The Get Up Tour continues on July 27th in Quebec City at the Videotron Centre and continues across North America, Europe, and the UK through 2017.

Do What Ya Gotta Do

Can’t Stop This Thing We Started

You Belong to Me

(Everything I Do) I Do It for You

If Ya Wanna Be Bad Ya Gotta Be Good

We Did It All

Somebody
I’ll Always Be Right There

The Only Thing that Looks Good on Me Is You

All Shook Up (Elvis Presley cover)

Straight From The Heart

All For Love (Bryan Adams, Rod Stewart and Sting cover)