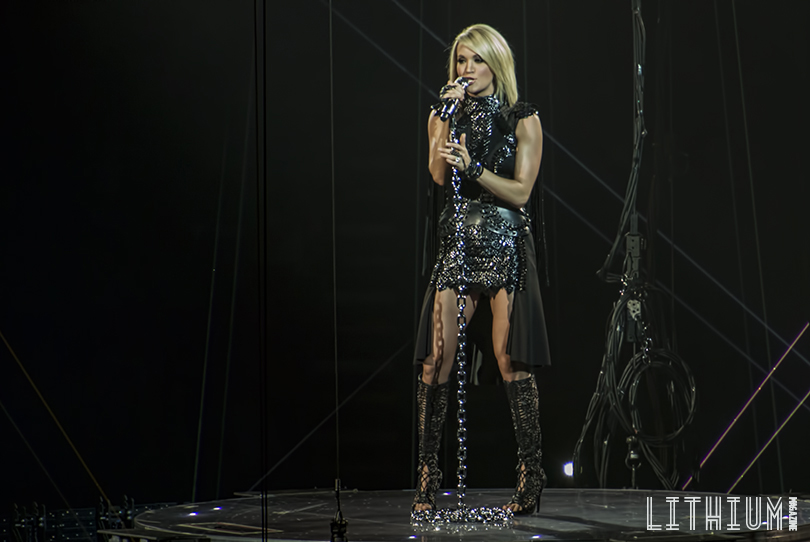 The Air Canada Centre was packed with loud, dancing country fans as Carrie Underwood took over for her Storyteller Tour on Saturday night. And I have to say, it was an incredible show.

Starting the night off with The Swon Brothers, these Oklahoma brothers brought the crowd to their feet with loud, rocking country music. I’ve been watching them since their debut on The Voice and they bring all the excitement to the stage you might expect. They even signed a guitar and gave it away to a young girl in the crowd. Talk about walking away with a souvenir!

Next up was Easton Corbin. His was a more traditional brand of country, featuring fiddles and banjos on stage while he tickled the crowd’s ears. He was able to maintain the same amount of energy that The Swon Brothers started, and kept it going for the main attraction: Carrie Underwood.
Put simply, she is incredible. She knows how to take command of a stage and a crowd, and knows how to keep that crowd on their feet and dancing. When she sang some of her most beloved songs,  I got chills. She even did a touching rendition of Dolly Parton’s “I Will Always Love You”, along with a loving tribute to her son and husband, after telling the crowd she met him in Toronto eight years prior during another of her earlier concerts.

Carrie Underwood’s The Storyteller Tour continues until August 31st.  See her on this tour if you can!