The Skinny: Svart Records has set May 20th as the international release date for Vainaja’s highly anticipated second album, Verenvalaja. Verenvalaja translates into “Blood Caster” – the twisted one derailing the flow of life to stream towards his own creation. This noun is also the title of a tome, presumably written by Wilhelm Waenaa, a mystic figure of Finnish folklore. It is known that Wilhelm was one of the leading forces behind the 19th century cult of Vainaja spreading terror in rural Finland.

The second album by Finnish death-doom trio Vainaja is based on the book Verenvalaja, presumably the only completely preserved writing of Wilhelm Waenaa. Their previous album, the critically acclaimed Kadotetut, was based on randomly gathered traditional sermons of Wilhelm. Verenvalaja tells a coherent, conceptual story in six chapters.

It is commonly thought that Verenvalaja describes a resurrection – presumably Wilhelm himself – as an undead human figure called the Blood Caster (Chapter 4: “Valaja” – Caster). The story goes on about a conquest to regain followers of the cult of Vainaja (Chapter 5: “Kultti” – Cult) via rituals that involve human sacrifice (Chapter 2: “Sielu” – Soul), to commit blasphemy (Chapter 1: “Risti: – Cross) and ignite an unholy war against false believers (Chapter 3: “Usva” – Fog). However, the sixth chapter (“Kehto” – Cradle) ends absurdly, inspiring historians to speculate on an unfound continuation of the story.

It is said that the discovered book Verenvalaja is only a prologue, being part of an even greater book. It is estimated that the complete book includes a total of 17 chapters. What is written in the last 11 chapters could remain a mystery until the end of times. Vainaja’s second album, Verenvalaja, sets down these ominous writings to evoke feelings of dread in the form of uncompromisingly heavy doom-death metal. 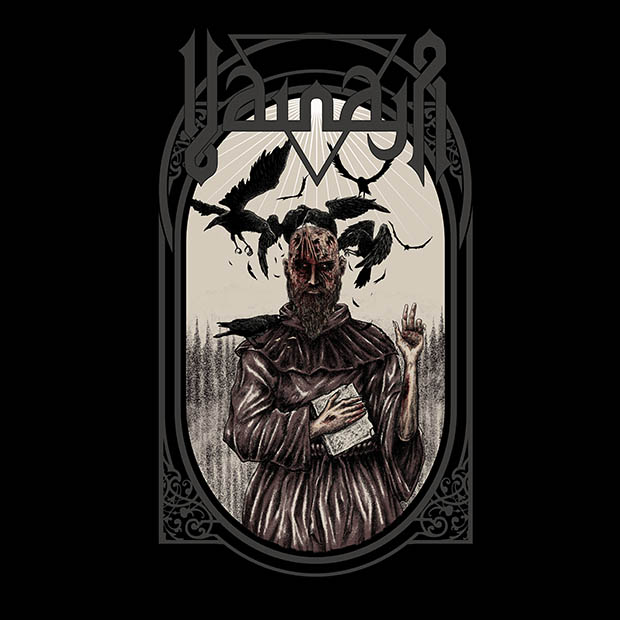