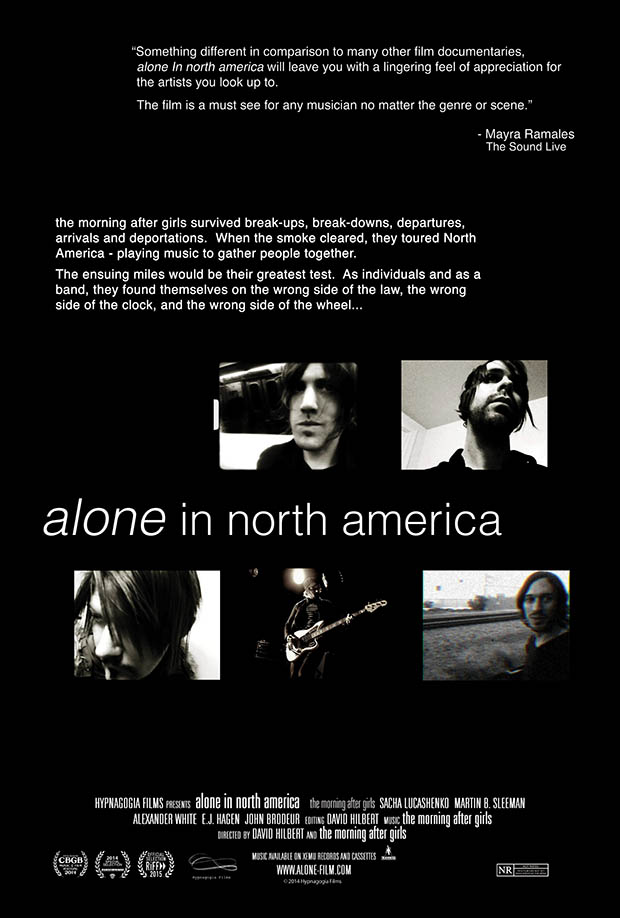 Alone in North America is a short documentary film that follows Australian indie rock band The Morning After Girls on a journey across America. The story unfolds in narrative style with each member of the band contributing dialogue on the importance of music and the tour or journey they are on, dialogue that I feel works metaphorically as well. The footage switches between grainy black & white selfie-style video segments interspersed with magnificent footage of landscapes through the Mid-West plains.

Although this is a relatively short film I think it really does a fantastic job of conveying the passion and persistence of the group as they travel across the nation performing a grueling 29 shows in 32 days. The film also sheds a lot of light on the actual rigors, both emotionally and physically, of touring in such a DIY fashion. Contrary to public perception, this is not a career path of just glamour and glitz.

All said, I think this is a very well-conceived and executed short film that is quite an enjoyable watch.

Check out the “Alone In North America” trailer.