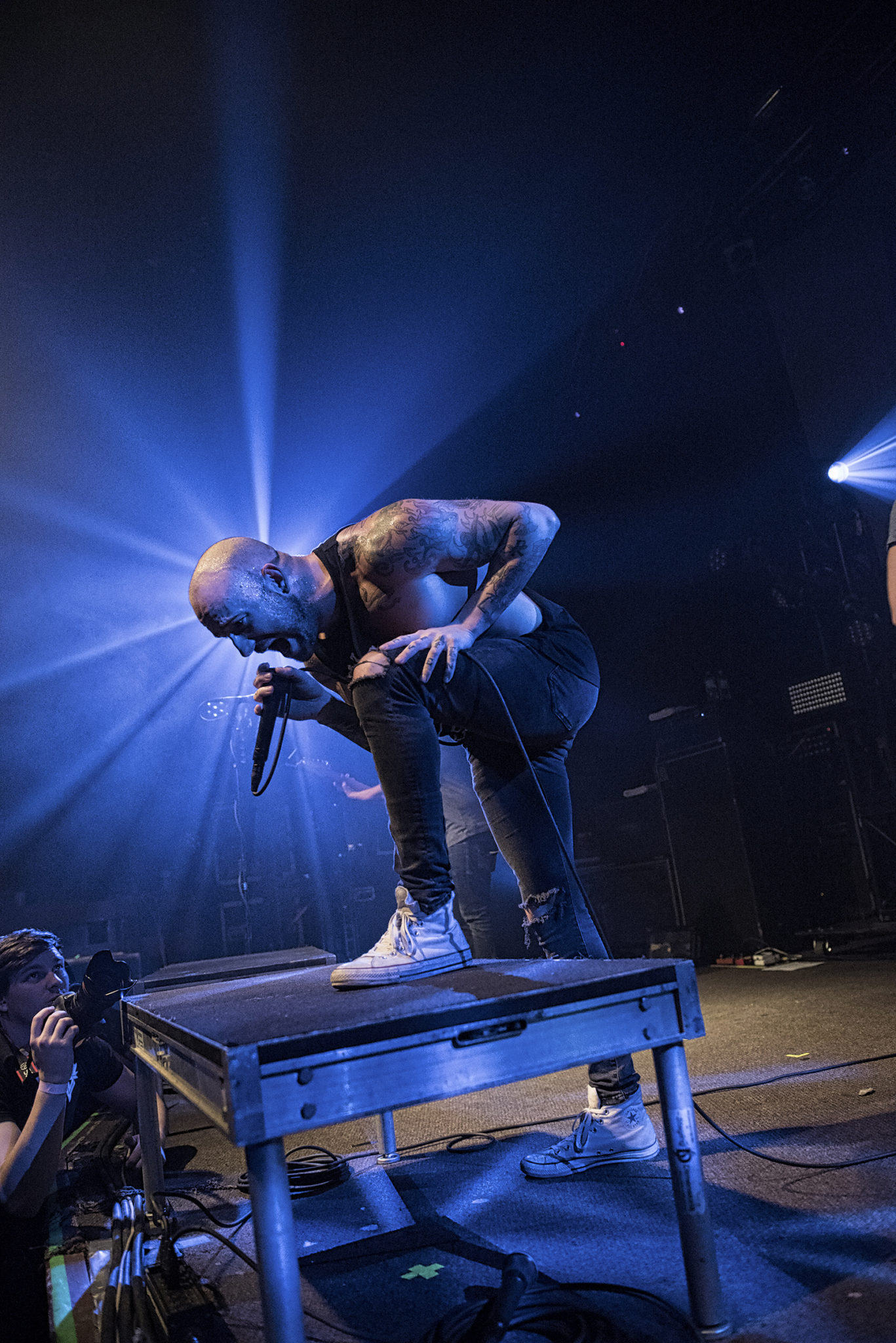 August Burns Red, Between & The Buried and Me – Guelph Concert Theatre, April 10th, 2016

I hadn’t planned on attending this show until the day before when it was made known to me that the evening was a co-headliner show with Between & The Buried and Me (BTBAM) and August Burns Red (ABR). I’d assumed it was an ABR show with a 45-minute set from BTBAM. The evening was actually a 65-minute set from both bands, BTBAM going on at 8:00pm and ABR going on at 9:25pm.

In advance, I didn’t have a clue who ABR was prior to this show. I hadn’t heard a song. Nothing. My apologies to anyone reading this expecting a wordy ABR review. I attended entirely for BTBAM, and it was nice to see I wasn’t alone in this regard. I got to chat with a few fans in attendance boasting the same split mentality for this show.

There was much malaise about The Faceless dropping off the bill; I heard this from a few youngsters in attendance. The girl who was behind me had tried to get a ticket refund when they dropped out but wasn’t able to. She still came though, as she seemed to be an ABR fan. Good Tiger, a band comprised of ex-Tesseract vocalist Elliot Coleman, ex-The Safety Fire guitarists Derya Nagle and Joaquin Ardiles, along with ex-The Faceless drummer Alex Rüdinger and bassist Morgan Sinclair took the stage at 7:10.

I was in the same boat with Good Tiger as I was with ABR; witnessing them for the first time this evening. Musically, they seemed competent. They have some tight guitar licks and drumming. Their show felt a bit like they were still finding their mojo together as a band.

Raleigh, North Carolina 5-piece Between & The Buried and Me went onstage right on time and opened with both ‘Foam Born (A) The Backtrack’ and ‘(B) The Decade of Statues’ from their 2007 album, Colours. They surprised everyone and went back to their 2002 debut with ‘Shevanel Cut a Flip’, a track I’ve never heard them play live. Fans also got to hear the 13-minute intro of The Great Misdirect as both ’Mirrors’ and ‘Obfuscation’ were played back to back.

Only ‘Telos’ was performed from their wildly popular The Parallax II: Future Sequence album (2012). Both ’The Coma Machine’ & ‘Famine Wolf’ represented last year’s Coma Ecliptic tonight – too short in my opinion, but I’m from the camp that wants them to take the album on the road and play the whole damn thing in its entirety. BTBAM finished off with ’Selkies: The Endless Obsession’ from 2005’s Alaska.

All said and done, this was an opportunity to revel in a painfully short but representational feast on the 15-year BTBAM back catalogue. While it was a bit of a surprise, it was totally enjoyable. Tommy Giles Rogers asked the audience how old they all were in 2001, and some of the answers made me laugh. I was 34 in 2001, a response I did not yell out at the top of my lungs – I already knew I was the old man in the audience.

Their performance was pretty much flawless. Blake Richardson’s drumming was epic. Paul Waggoner and Dustie Waring were both on fire from intro to outro, and Tommy Giles Rogers was in fine form, hitting the high sonics flawlessly on every song.

Manheim, Pennsylvania’s August Burns Red took the stage amidst a hail of cheers from the audience and a wash of bright rotating lights set up on either side at the back of their stage. They exude a different vibe than BTBAM, a more cocksure approach to the genre, if you will. After getting past that, their material was indeed both intricate and approachable.

Since the show, after playing some of their albums, I’ve picked out both ‘Everlasting Ending’ from their most recent Found in Far Away Places and ‘Cutting the Ties’ off of 2011’s Leveler as songs I enjoyed live. Given their fan following, and their recent Grammy nomination, I feel somewhat lucky I got to see them in Guelph. Guelph Concert Theatre really is a venue that keeps on giving, drawing in marquee bands outside of the Toronto core and allowing fans to see them in an intimate setting.