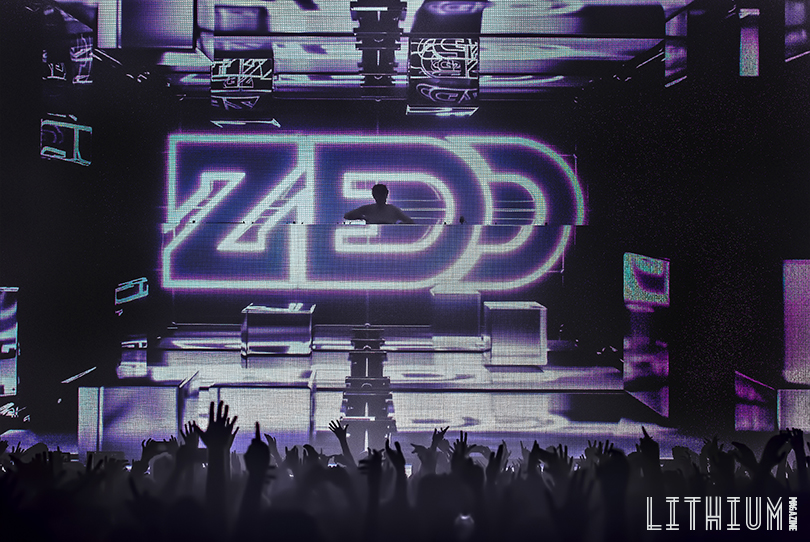 Zedd’s True Colors tour may have converted this punk girl into an EDM fan. The production of the show was out of this world, the energy was fantastic, and I left with the biggest smile on my face, but we’ll talk about that later.

Dillon Francis opened the show with a great set that featured a shout out to Queen Elizabeth II as the real trap queen, an homage to Drake for his birthday, and a special appearance by DJ Hanzel (one of Francis’ alter egos). Needless to say, it was a super fun start to the night and it got everyone pumped up and ready for Zedd.

Zedd had the most incredible production I’ve ever seen. The massive screen set-up was impressive in itself, but the light show and the pyrotechnics were breathtaking. I highly recommend YouTubing any of Zedd’s songs live, just to get a taste of the absolute craziness. Or check out the tidbits we have included with our visual coverage below. The lights and pyro work in perfect rhythm to the beat, and in unison with each other to make a freaking beautiful display. I hope Zedd’s lighting tech is getting paid well, because it was truly phenomenal.

Aside from the crazy production value of the show, the energy that Zedd brought into the Ricoh Coliseum was enough to make for a great night. From my vantage point, I was able to see the entire venue.  That meant I could see the whole crowd, which was very cool. Whether they were on the floor, in their seats, in the suites, or on the concourse waiting in line for a hot dog, everybody was up and dancing! It was so much fun to sit back and people watch, especially when the bass dropped.

The Toronto show was one of the last stops on the True Colors tour; unfortunately for those who missed out, you’ll have to wait a while to experience the ridiculousness that is a Zedd show. The wait may be hard, but it will be so worth it.

Wampyric Rites – ‘The Eternal Melancholy of the Wampyre’ [Album Review]