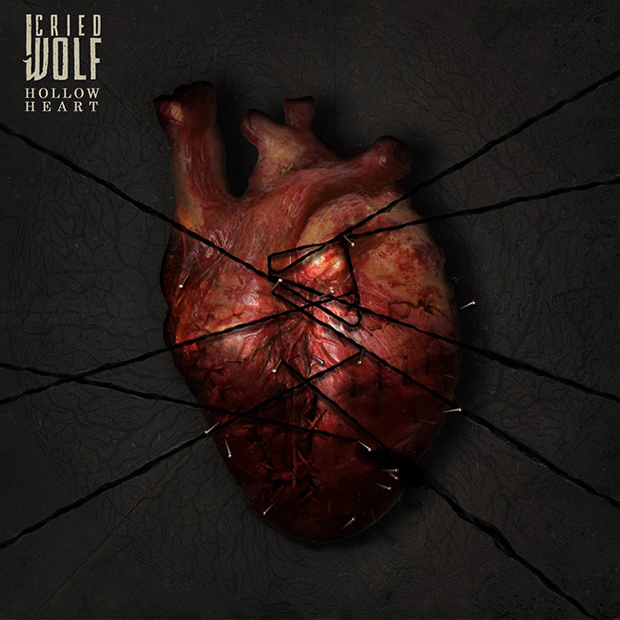 I crossed paths with Oxfordshire metalcore upstarts I Cried Wolf at an Arts Centre in Banbury a year or so ago and came away having seen a band who were certainly heading in the right direction with the abrasive sound. Well, despite all the joking around that night on stage, there is definitely nothing humorous about their debut EP, Hollow Heart with the five tracks demonstrating a band who are bristling with confidence.

Hollow Heart is a swaggering slice of brash metalcore that, coupled with frontman Harry Davies’ sneering, punkish vocal delivery, has an air of Every Time I Die About It. Tracks like “It Takes A Slave” and “I Scratched My Head With Ink” sit the right side of chaos but there is something in the air that that has you expecting I Cried Wolf, at any point in time and without warning, to lose their shit completely. It doesn’t happen but what that does show is a band who are completely in control of the metallic rage they create and that fact alone makes Hollow Heart and I Cried Wolf a hell of a prospect for the UK metal scene to keep their eyes peeled for in the future.