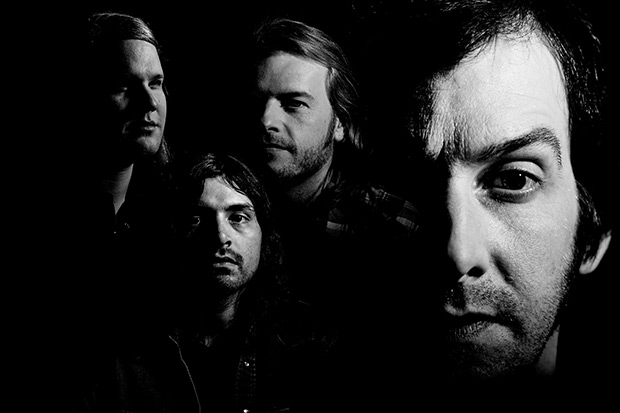 The Sword have been building the hype for the release of their new album High Country for some time now, and after support act HARK smashed their short-but-sweet set, the crowd was clearly eager for The Sword to take the stage. Despite HARK’s energetic performance you could tell these fans were really only interested in the main attraction.

Opening their set with ‘Buzzards’ from their new album the band received a raucous welcome with one fan yelling ‘play Buzzards again!’. Notably, they followed this up with ‘Tres Bujas’ and ‘Arcane Montane’ from their third and fourth albums respectively. It was evident that although the fans were excited about High Country, they were as much there to hear their old favourites as the new tunes. As the gig went on the audience antics became increasingly spirited, as The Sword threw in new tracks including ‘Tears Like Diamonds’ and title track ‘High Country’.

No matter where this band goes, it is evident from the chatter on the night, and in social media conversations, that this band are seriously in demand across the globe by their hardcore fanbase, and attracting more attention with each new album.