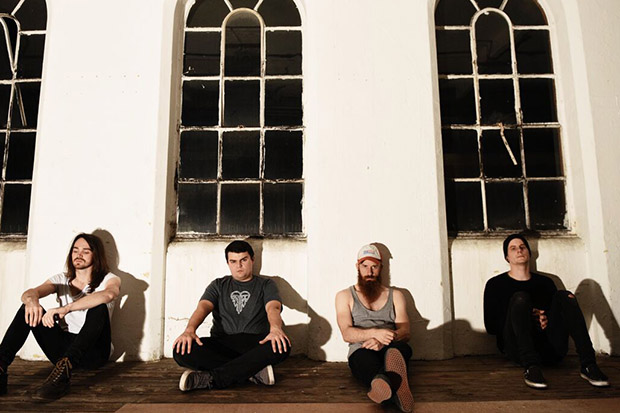 The Skinny: Heck, the band formally known as Baby Godzilla, wrestled to the ground by a Japanese cinema giant who legally halted them from using their band name, are back. This is a new band, with raging new music, ready to create fresh carnage, ready to be downloaded on October 30th.

Titled “The Breakers” and released digitally through the newly-founded label NPAG Industries, the Nottingham based quartet are fully lit and cannot wait to charge. Heck have already cemented their reputation as one of the UK’s most deranged, unhinged live bands, through an endless touring schedule, explosive live shows and a series of eye-gouging videos since their formation in 2012. Co-produced by the band and Matt Peel (Pulled Apart By Horses/EAGULLS) at Cottage Road Studios in Leeds, “The Breakers” is a jarring, bolt of noise that will rip through you like lightning, before descending into a doom-laden, monstrously heavy riff that will leave you withered and weak. It’s a song about relationships, about break-ups and escape.