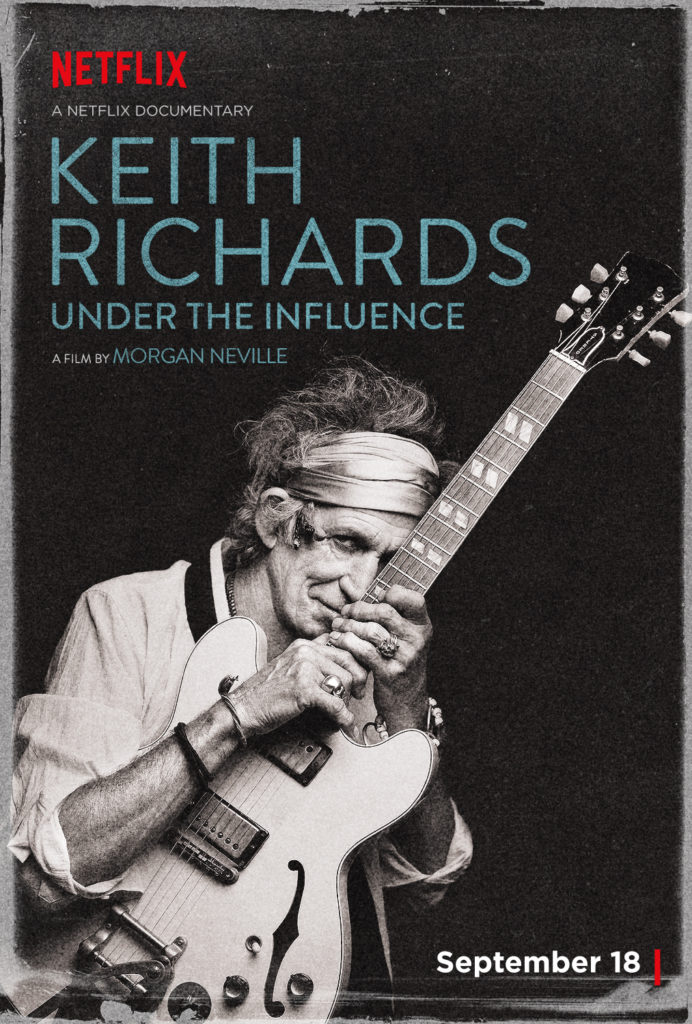 Here is an unbridled look into one of the greatest creative minds in pop culture and an endearing voice in the history of rock and roll. This is one man that casts a towering shadow of influence for having penned fifty years of classic tracks that defined an era and a genre. Keith Richards: Under the Influence peels back the surface to gaze into the life and creative process of one man that went on to embody what “sex, drugs & rock and roll” means to the world: Keith Richards.

Director Morgan Neville (Johnny Cash’s America) has undertaken the challenging task of creating an empathetic and humanizing portrait of Richards and what a rock star he truly is. Richards has written more classics, not just hits, than ten bands combined and discusses his process of discovering the rhythm of a song and how music truly speaks to people. Richards discusses his earliest influences for picking up a guitar, including legendary icons Chuck Berry and Muddy Waters. The film includes interviews with colleagues and friends of Richards such as Chicago Blues pioneer Buddy Guy, the king of underdogs, Tom Waits, along with the producer.

The film also shows Richards recording his new studio album Cross-Eyed Heart featuring blues, country and reggae flavoured songs with Richards on vocals. He crafts songs in a way that suit his voice in a simplistic but vibrant manor. He’s not wailing like a diva or trying to replace Mick Jagger, just express himself.

Richards acknowledges the double-edged sword of being a celebrity while trying to balance his life as a musician and a family man. He now has five grandchildren and currently lives with his second wife while continuing to tour and record fairly regularly.

Ultimately, Under the Influence creates a candid portrayal of an artist in his own words that is astonishing in its eye for details and breath-taking in its depth. The film serves as a true testament to the power of music, how it can change the way people live their lives, as well as how they see the world.