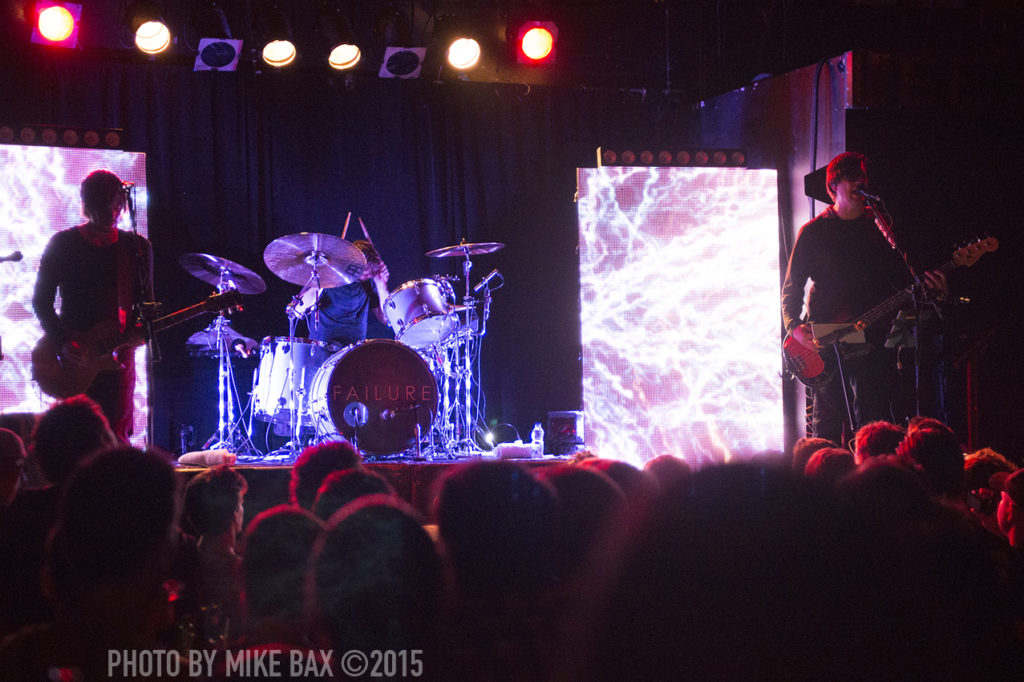 Photos and review by Mike Bax

The last time Failure played Toronto, it was at the Mod Club celebrating their reunion with a modest run of small venue club dates. This show in many ways was a bigger reason to celebrate, as the reunited band members in Failure were touring an album that nobody (the band included) thought would ever happen. The Heart is a Monster, an 18-track recording of original Failure material was released earlier this year, almost 20 years after the release of the band’s last studio effort, Fantastic Planet. Ken Andrews addessed this fact midway through the performance before playing a new song, saying that this was a special time for the band and thanked the audience for indulging them by playing some newer songs.

The solo project of multi-instrumentalist and songwriter Ilan Rubin (Nine Inch Nails, Angels & Airwaves, Paramore) The New Regime opened this evening. Rubin, a hugely talented individual, along with a live bassist and drummer, delivered a quick set of original material soaked in riffy guitaring and lengthy free-form solos. I didn’t really know any of the songs performed, but I sure liked what I saw and heard. After performing, Rubin and his bandmates stood with their merchandise while watching Failure and chatting with fans in friendly fashion.

From a photographic standpoint (and I am apologizing here for my weak images) this show was a bit of a disappointment. The lighting at Lee’s Palace was dim, and yielded little by way of photographic gold.

As a fan, however, I was as impressed as I was at the Mod Club show a year ago. Failure is (and has always been) a phenomenal live band. Their visual presentation this evening saw Kellii Scott bottom lit behind his drum kit – flooded in purples, oranges and greens, while dual video screens on either side of Scott delivered split graphics behind Ken Andrews and Greg Edwards in a visually effective fashion.

The mixture of classics like ‘The Nurse Who Loved Me’, ‘Undone’ and ‘Sergeant Politeness’ mixed well with new songs ’Atom City Queen’ ‘A.M. Amnesia’ and the Pink Floydian ‘Mulholland Dr.’ Many Toronto fans were disappointed the band ran out of T-shirts. When I walked into the venue (I was there pretty early) there was a lone size small available for sale. There was no way my 6 foot tall frame was getting into that! But I did walk away with a double 180 gram vinyl of the new album for $20, which was a total steal.

Encore:
Stuck on You
Heliotropic
Daylight