Arriving to find a surprisingly full Virgin Mobile Mod Club on a Wednesday night, A Lot like Birds were playing the final moments of their set, a sad fact given that what I heard sounded rather heavy, with the energy of the crowd already in an upward swing. Rather impressive since it was only the second opening band.

After a quick look around the venue several demographics became apparent: (a) no one surpassed their late twenties, (b) there were more ear spacers than long hair, and (c) the smell of weed was surprisingly absent despite the rather lax searches by security. It became clear, rather quickly, that I was one of those metal heads standing amongst an army of post-punk/hardcore fans. While that may not seem like much of a difference to those that do not understand the dividing lines of fringe musical genres, there are some fundamental differences; particularly when it comes to moshing, the volume of elbows and fists certainly increase; and while the unspoken rule of helping your fellow felled mosh pit warrior get back up on their feet still exists, the task is far more problematic due to the sheer volume of bodies falling on one another.

I’ve never listened to Stray from the Path, but the excited comments of anticipation from the people standing around me, shoulder to shoulder, certainly prepped my mind for what was about to commence. Coming out on stage to a thunderous applause, my curiosity of the hardcore punk band from New York grew with their choice of an intro track ”Building Steam with a Grain of Salt,” by DJ Shadow; odd, to say the least.

Behind the drummer hung a banner adorning the band’s name and a hand grenade, a worthy symbol for the band’s music, for when Stray from the Path tore into their first song of the night, an imaginary bomb seemed to go off in the center of the floor with crowds of people pushing outward, others pushing in, everyone colliding with someone. (That earlier comment about the increased frequency of elbows was felt by yours truly.) It didn’t take long before crowd surfing and stage diving was encouraged and would be a consistent trend throughout the band’s almost hour-long set.

As a self-described metal head, I’ll admit I found myself in a state of awe at the sheer pandemonium that manifested. I’d even say I was slightly jealous, given the sheer embracement of this reckless chaos by the audience. Too many times I’ve seen the floor at metal shows segregated between those that want to stand at the front and watch, those that want to mosh, and those in the back that want to drink their beer and hold their partner’s hands. While members of the first and third grouping certainly existed at the show, the pit absorbed most of the bodies and certainly dominated the floor space. Anyone who decided to stand at the front of the stage courageously braved the perils of various punks, of different shapes and sizes, hurling themselves into the crowd from the stage.  Some landed on the hands of the expecting, others slamming onto the heads and necks of those who were not. By the time “Landmines” and “Bring it Back to the Streets” were played the inspirational madness of it all reached its terminal capacity, with the energy ceasing to dissipate, only to renew with vigor at the playing of “Damien” and “Black Friday.”

A cover of “Blitzkrieg Bop” would add a slightly more pleasant tone to a set dominated by the band’s various anthems of rage, before ending their show with “Badge and a Bullet.” You couldn’t ask for a better opener for Enter Shikari, as the energized crowd eagerly awaited the British band.

Enter Shikari, simply put, is one of the most complex bands you’ll probably ever see. Politically motivated without being punk, electronic without being techno, instrumentally and vocally heavy without being angry, Enter Shikari somehow is able to avoid the boundaries of these paradoxes, and weave – beautifully I might add – a sound that not only captivates its audience but creates monumental moments of unity.

It didn’t take much to get the crowd pumped up; the simple presence of the band taking the stage was enough for fans to bring their hands together, the clapping supporting the rhythmic bass that was backing the opening lines from “The Appeal & the Mindsweep.” After a brief electronic sample the speakers roared to life, the pit swelled with bodies, and strobe lights fired rapidly accompanying the thunderous bass of the drums. What happened over the course of the next hour and half would be a continual exchange of energy between the band and the crowd. The fans would feed off the band, and the band in turn, feed off the crowd. No one seemed to get their fill as each song simply compounded on the intensity of the song before, with interest.

“Radiate” would set the pace of the night, as the floor of The Mod Club quaked from the weight of bodies jumping up and down to the heavy beats, combined with Enter Shikari’s lightshow, a true spectacle to behold. Vocalist, Roughton, made his way through the crowd with his guitar and mic stand in hand, and set up on top of the left bar singing a solo ballad to finish the song. Then the charismatic front man, after handing the guitar and mic stand back to his trusted roadie, proceeded with the opening rant to “Gandhi Mate, Gandhi” while pacing to both ends of the bar counter.  Queue the electronic bass, and that familiar quaking sensation of hundreds of bodies jumping up and down. The self-imposed intermission in the track, would be replaced by the banter between the members of the band, a gimmick that they’re known for, leading to a rendition of Elton John’s “Can you Feel the Love Tonight” before finishing the second half of “Gandhi Mate, Gandhi.”

It would be the first of many acts by the various members of Enter Shikari to cross the threshold from the stage into the crowd as both guitarist Liam and bassist Chris would make several attempts to crowd surf. Following the electrical performance of their newest hit single “Anaesthestist” the band took its first and only real break.

“And still we will be here standing like statues,” became the mantra of the legion of fans present, a line from the song “Solidarity,” and was repeated over and over again until the demands for an encore were answered by Enter Shikari, with the very song they had been chanting from. Aside from some onset mic problems, Enter Shikari’s performance was immaculate, the sound of the entire show impeccable, the energy of the band and crowd exhilarating. From my experience with Toronto’s concerts, shows like the one that happened Wednesday night are, unfortunately, few and far between. Yet this year, despite its infancy, has seen a considerable amount of passion from concert goers and luckily the bands touring are of the caliber to rally and raise such devotion, with Enter Shikari setting the high water mark for the rest to come this year. 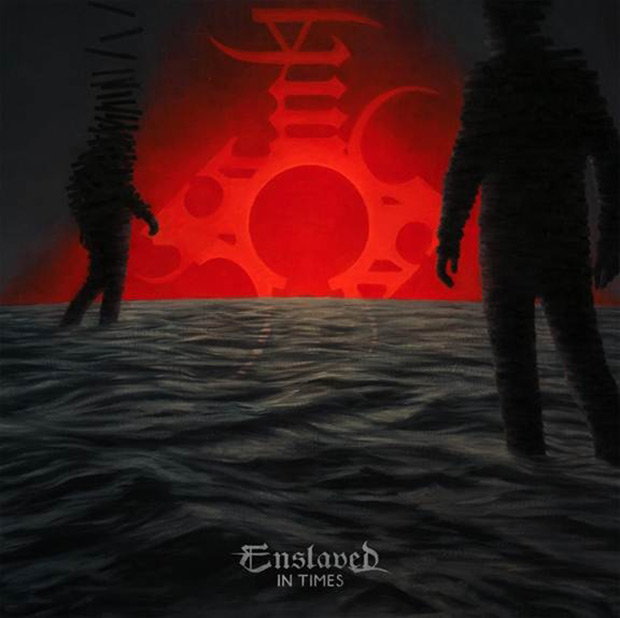