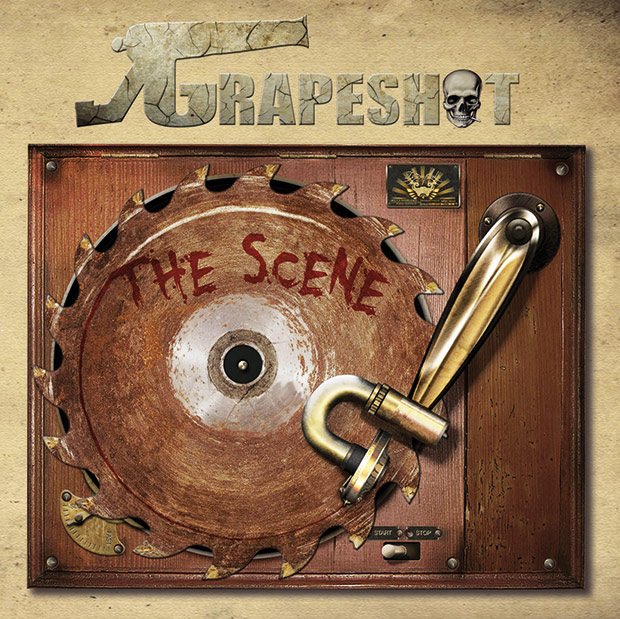 The Scene, the debut full-length from the Spanish metal act Grapeshot, is an aggressive, hard-hitting metal record that I think fans of Pantera and/or Lamb Of God will really dig.

These whiskey-soaked, bluesy southern metal tunes are powered by raw inexorably furious and thrashy riffs that hit really hard. Vocalist Esteban Muñoz has a brutally raspy yet powerful voice that commands the listener’s attention while simultaneously pulverizing their eardrums.

With the exception of the oddly-placed and completely unnecessary spoken word “Intro Zombies,” there are no gimmicks or frills here, this is just straightforward, balls-to-the-wall metal that is sure to ignite a frenzied pit in the live setting. The Scene is for sure worth checking out; it is both heavy and intense with a fair amount of catchiness to it.