Have you ever played Tony Hawk’s American Wasteland after eating way too many mushrooms? I certainly feel like I have now.

Liars/Bastards, the third album from the indefinable Bristol-based Hateful Abandon, plays like a ’90s Los Angeles skate competition gone horribly, horribly wrong – as if someone had slipped dangerous, experimental hallucinogens into the Gatorade and then opened the gates and let the tripping skate rats out into the night. Many could be terrified of Liars/Bastards, just like many could be terrified of five hundred hallucinating skateboarders roaming through their neighborhoods like zombies, but in both instances, there is something to be admired in the resulting chaos.

It’s like that question your buddy asks you after watching the latest Walking Dead episode: “hey man, wouldn’t a zombie apocalypse be so cool?” Liars/Bastards, much like a zombie apocalypse, is violent, horrifying, and mildly disturbing to listen to. But when you strip away the abrasiveness of the situation and really accept the reality of it, it could be pretty fun to shoot zombies from the roof of the supermarket. A few of the tracks stand out amongst the ruckus – “Culprit” digs into a dark, twisted version of that classic SoCal skate punk sound, while “There Will Never Be Peace” is what I imagine Ministry would have sounded like had Al Jourgensen been shooting ketamine instead of heroin.

Sadly, as is the case with both industrial records and zombie apocalypses, there is far more horror than enjoyment present. “Maze of Bastards” and “The Walker” makes me feel like I’m running for my life from Pyramid Head in the Silent Hill video game series – and the last thing I want to think about while listening to music is having my skin torn off and being cut in half.

Doing away with all literary allusion, Liars/Bastards is an okay record. But with only a few standout moments in a nearly 45-minute run time, I can’t imagine listening to it again unless it pops up and I can’t physically reach the skip button.

Check out the song “The Walker”

…And Justice For Art: A Guide to (some of) the Best Metal Album Covers of 2014… so far (Part 5) – Feat. At The Gates, Illdisposed, Siberian, Satan, Wizard Rifle 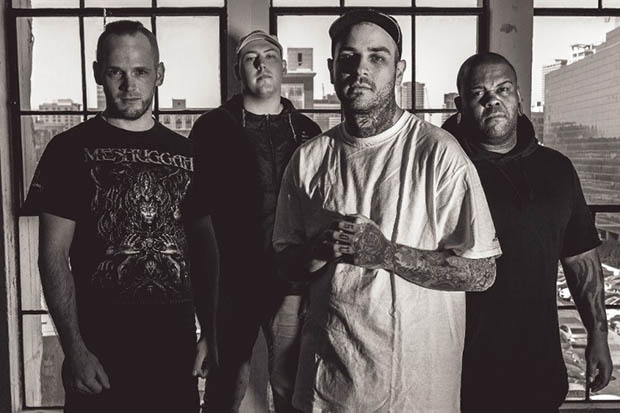