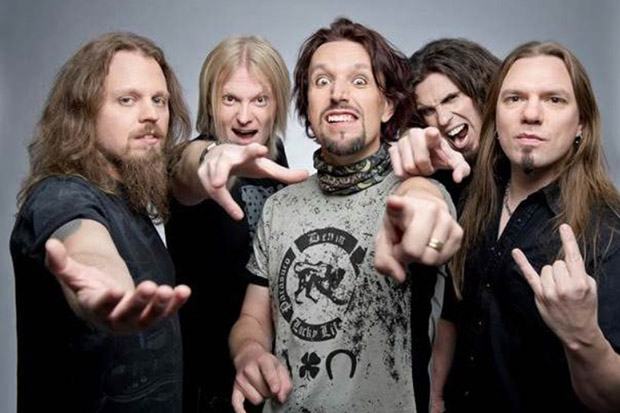 I recently had a chance to chat with Henrik Klingenberg, keyboardist with the Finnish power metal act Sonata Arctica, about the band’s new project, a re-recording of their album Ecliptica – Revisited. More than fifteen years later the group has revisited this release’s songs with a slightly different line-up, and a lot more experience. The result is a record which Sonata Arctica fans are not going to want to miss! Here is how the conversation with Klingenberg went.

What was the thought process behind re-recording your record, Ecliptica, some 15 years later, and how did it come about?
Klingenberg: Our Japanese label suggested this to us and at first it felt like an odd idea, but it kinda grew on us. We’re not trying to rewrite the history of the band, from my point of view it’s more like a tribute to the debut album, with the current line-up.

What can fans expect when they pick up a copy of Ecliptica – Revisited (15th Anniversary Edition)?
Klingenberg: We didn’t make too many drastic changes in the arrangements; I would say that the main difference is in the production and the sounds. We did lower some of the keys and changed some solos, but that’s about it. 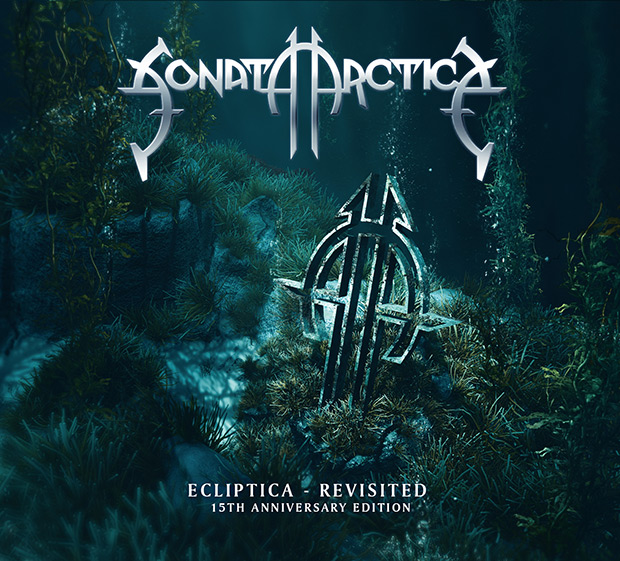 You have all grown as musicians and songwriters over the years, so was it difficult to re-record these songs and not give them a complete overhaul, or change the structure too drastically?
Klingenberg: The temptation was definitely there, but we made a decision not to go down that route. We also did work on a really tight schedule so it made sense to keep things close to the original.

You have changed rosters in the band since the original recording of this record, did it feel strange or odd revisiting these songs with a new lineup?
Klingenberg: Well, speaking for the three of us (Pasi, Elias, and Myself) who weren’t there back in the days, it didn’t really feel that weird. We’ve played most of the songs live, but never recorded them, so in one way it was just another batch of Sonata songs to lay down.

Along those same lines, how do you feel the newer lineup affected the re-recording of Ecliptica? Obviously they brought different skills to the table, but how did it play into the recording process?
Klingenberg: I think we all play much better these days than 10 or 15 years ago, so of course that affected the new recording as well; however, part of the charm with the original Ecliptica is that it wasn’t played with a click track so the tempos go up and down and also there’s an element of danger – the guys were young and their playing wasn’t as tight as it is now. I think that kinda youthful enthusiasm is something that is missing from the new one and, of course, it’s impossible to recreate that kind of feel.

Technology has changed drastically in 15 years as well. How do you think the advances in technology affected the recording of the older songs?
Klingenberg: One thing is that we had the possibility to record most of the album in our home studios as opposed to have to go to a studio together. Since the songs were familiar, this was the easiest way to do it and for this kind of revisiting an album it worked really well. For the end result I don’t think it made a huge difference, but the working process was definitely smoother because of today’s technology.

I understand you recorded, Ecliptica – Revisited (15th Anniversary Edition) right smack in the middle of touring in support of Pariah’s Child. How were you able to manage that and how long did it actually take to do?
Klingenberg: The whole thing took maybe a couple of months, but as you point out, we were doing festival shows during the recording process so it was just some hours here and there that we worked on the album. For example, the keyboards would have been done in a couple of days if I would have been in the studio… it was of course a bit of a challenge to record this stuff instead of just laying on the beach in between shows, or something.

What are your plans for the live show? Will you now be playing more songs than you normally would from Ecliptica – Revisited (15th Anniversary Edition) or will your set stay the same?
Klingenberg: We have been playing quite a few songs from Replica during this whole “Pariah’s Child World Tour” anyways and I think we might add a few more before the tour is over. At the moment we’re changing at least one or two songs in the setlist every night to keep this interesting, so adding or changing some more Ecliptica songs would be really cool.

Check out the song “The Wolves Die Young”