The Skinny: Dutch death/thrash metal veterans Thanatos will release their brand new studio album, Global Purification on November 17th in Europe and the next day in North America and have just launched a brand new track from the record called “Feeding The War Machine.”

With Stephan Gebédi’s (guitar, vocals) and Paul Baayens’ (guitars) duties with their other bands – Hail of Bullets and Asphyx – it has become a bit quiet around Netherland’s longest running extreme metal band. But 2014 marks Thanatos’ 30th anniversary and their return to full power. And what would be better than to celebrate this event with the release of Thanatos’ fiercest, most merciless and mature album to date? Global Purification contains 10 tracks of exterminating death/thrash that bring back memories of the days when metal was about breaking rules– instead of creating them. 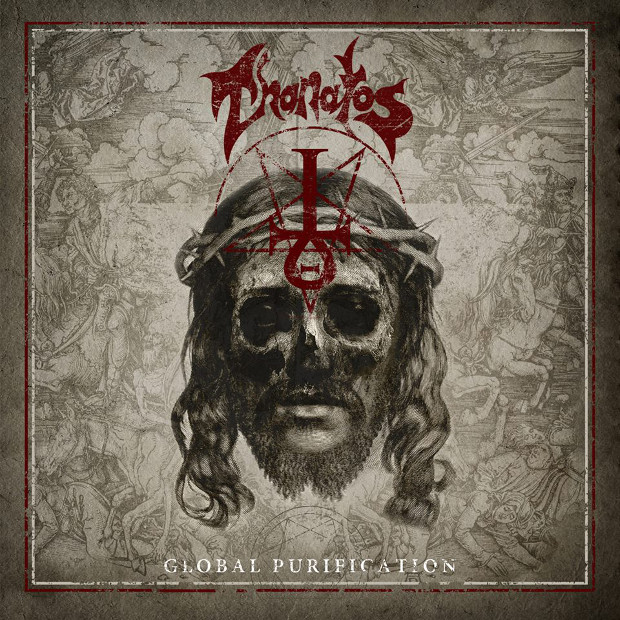