The Skinny: Suburban Myth are proud to announce the release of “Crashed and Burned”, the second single taken from the band’s debut album Welcome (If Only). The band is in the ascendance following the release of their first single (the album title track). This single delivers a fresh dissonant rock sound with a big melodic chorus that brings out the best in the vocals of Derek Daisey. Suburban Myth offers a melodic rock sound blended with lyrics that have meaning and depth and this second single is destined to be one of the bands anthems during their live performances.

“Crashed and Burned“ was written spontaneously and recorded after the band saw Muse live in concert at Madison Square Garden. Derek’s composition and arrangement came naturally and seamlessly to Phil’s lyrics and with the live show in mind, wanted to introduce a conflict and an edge to the developing sound of Suburban Myth. When you listen to Crashed and Burned you will hear that Derek, Nicholas and Nick have succeeded in doing exactly that. 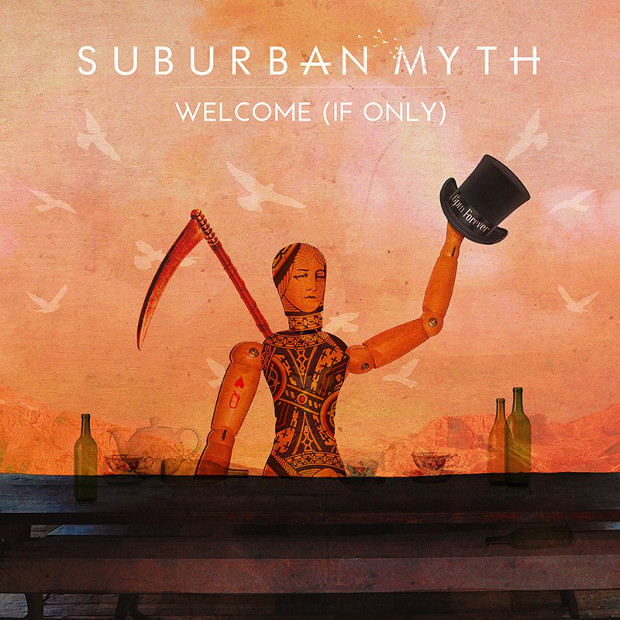