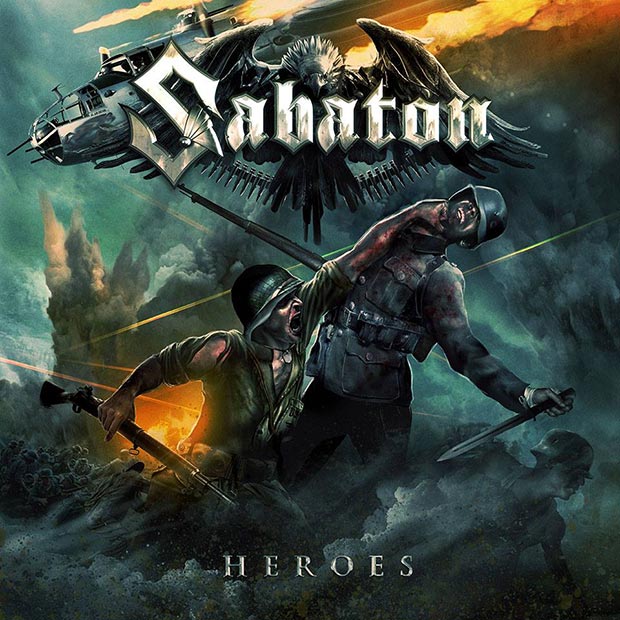 Sabaton, the heavy metal force hailing from Sweden, are bringing back the power with Heroes, their newest release due out on May 16th via Nuclear Blast Records. This being the first record since the departure of previous members (vocalist Joakim Broden and bassist Par Sundstrom being the only remaining members), it begs the question as to whether they’re still capable of delivering and even surpassing on their previous efforts.

I have to say that Sabaton is still as solid as they’ve ever been, track by track they pump out mystical symphonies, enchanting melodies, and solid songwriting continuing their power metal legacy and evolving as a band. While this album does have a significant change in sound (due to the absence of past members) it also creates an exciting change and allows them to reinvent themselves while still delivering on what made them known as Sabaton. Every song stands on its own two feet, none overshadowing another and not one under performing. Standout tracks include “Inmate 4859” “Night Witches” and the epic conclusion “Hearts Of Iron.”

This record should not go unnoticed, it is a metal masterpiece that deserves a spot in any fans collection.

Check out the song “Resist and Bite”