The Skinny: Brixton-based Death and the Penguin have announced the release of their debut EP Accidents Happen, to be released on May 5th through Best Before Records, featuring the singles “Strange Times” and “Snuffed Out”. Now, the band have also released the song “Bitumen” – check it out above via the SoundCloud player.

The debut single “Strange Times” is an impressive statement of intent and sets the standard for the remainder of the debut EP Accidents Happen. “Relentless in pace with all the volume and energy of a great hardcore band, it drives forward with profound lyricism and off-kilter rhythms contrasted by chorus hooks big enough to rival any platinum selling pop band”. 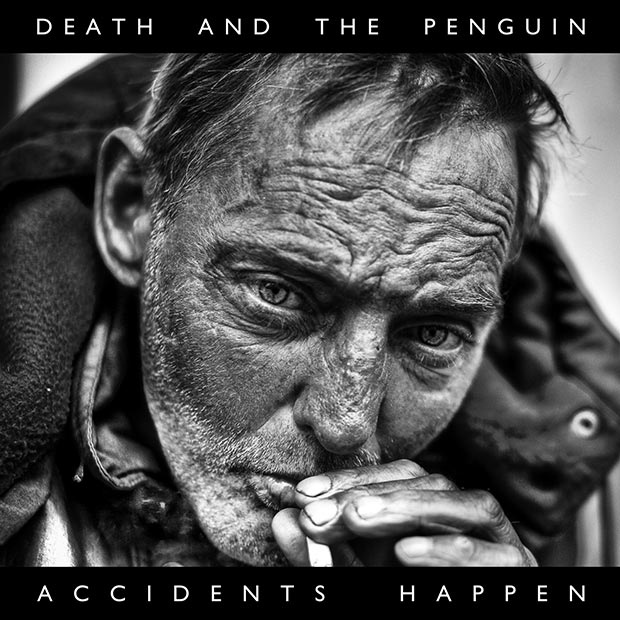