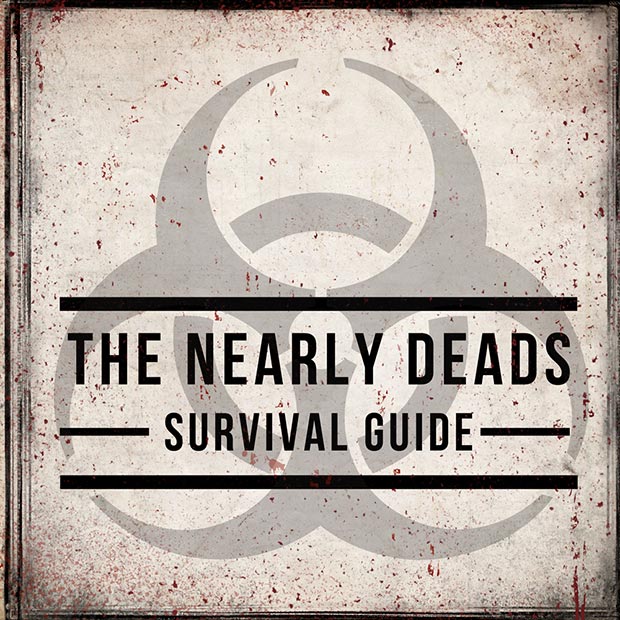 I discovered Nashville-based alt-rockers The Nearly Deads completely by accident one day when their name popped up as I watched a video by Welsh rockers The Dirty Youth. So, intrigued, I gave their video to “Fact And Friction” a spin and have to give YouTube a thumbs up for turning me on to a great band who share a lot of similarities to the aforementioned Welsh outfit (and not just the female singer angle).

Yes, they are female-fronted but there is something special about the voice of TJ that is absolutely mesmerizing to listen to. More emotion, less pop, TJ leans more towards the bigger-sounding female vocalists of today as opposed to the Hayley Williams of this world. Couple her dramatic, soaring vocals with the pop-based hooks and the edgy, gritty alt-rock and you get massive, catchy tracks like “Never Look Back” and “Fact And Friction”.

These are songs that lean just on the right side of being radio-friendly without sounding polished and over-produced. In fact, if you’re wanting a comparison then their My Chemical Romance meets Evanesence fronted by Courtney Love if she could wail like Kelly Clarkson pretty much hits the nail on the head. Dark, edgy, emotional and epic but with bags of attitude and an armful of songs you can instantly sing along to. Yep, that pretty much nails The Nearly Deads.

Sadly there are only five tracks on their latest EP (not including the reworking of “Never Look Back”) but, as a taster to their forthcoming full-length album, The Nearly Deads Survival Guide will certainly leave fans of hard, catchy alt-rock ready for more once they’ve devoured this delicious starter.

Check out the song “Never Look Back”