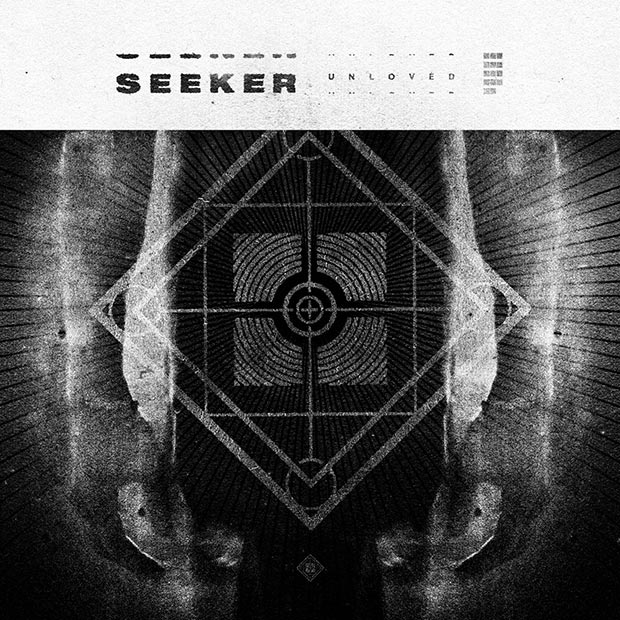 My first couple of listens to Unloved, the new album by Texan brutalists Seeker, I have to be honest, left me a little unimpressed. I don’t know if it was the sheer unrelenting ferocity with which they delivered their sermons, but nothing about their hate-fuelled carnage seemed to click. Then, all of a sudden, it all fell into place and it became clear why this record deserved my attention.

Firstly, don’t be misled by the death metal tag their record label have lumbered them with. There is much more to the heaviness that Seeker create than just plain, bog standard death metal. I’ve seen their sound labeled as everything from noise to the rather brilliant “insano-core” and, to be honest, any of the tags they’ve been given, other than the death metal one, seem to fit their insane sound. Still, regardless of what it is labeled, tracks such as “Unloved” barrel along in their own disturbing, chaotic way with little regard for anyone’s safety. Or sanity.

Even when they’re not playing at 200mph, as showcased when they slow it down to a grinding crawl during “Dominance”, Seeker still managed to sound utterly fucking terrifying especially when you listen to vocalist Bryce Lucien howling his way through each track like a man possessed. However, like I said at the start, Unloved isn’t an easy album to listen to as the layers of noise woven into the brutal metal ensure that every listen to this album throws up new challenges and disturbing twists. Unloved is a record that will take you on a journey only those of a strong stomach should attempt.

Despite clocking in at little over twenty-eight minutes, the gut-wrenching experience of listening to Unloved makes it feel like a hell of a lot longer. Unloved is a dark, horrifying, twisted record and one that should come with a health warning. Just don’t say we didn’t warn you!

Check out the song “Unloved”