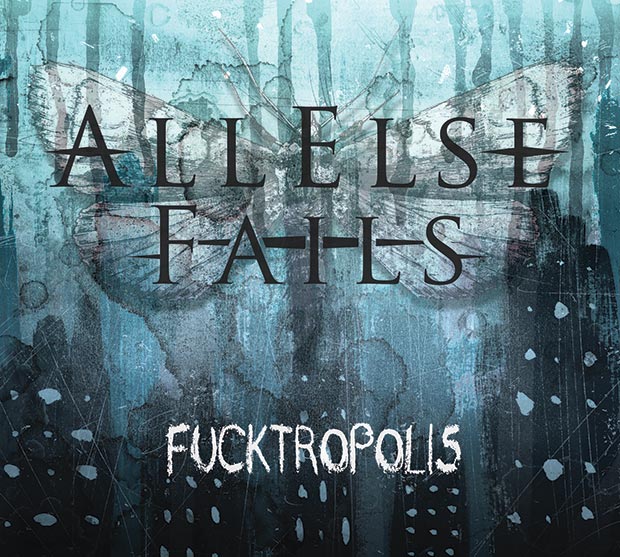 All Else Fails – Fucktropolis [EP]

Following up their 2011 album The Oracle, What Was, Is, and Could Have Been, All Else Fails has returned with their new 5 song EP, Fucktropolis. When the disc starts spinning, world population statistics are thrown at the listener. Soon after we get a big blast of fucking metal. Not only is it this blast loud, but it’s the heaviest fucking thing AEF has ever written. It’s still their brand of metalcore, with aggressive shouts/thrashing riffs and melodic choruses BUT, they have intensified their song writing – a key factor being drummer Shane Tym delivering hard-hitting beats that just pierce the songs.

Compared with All Else Fails’ past efforts, Fucktropolis is a step up and clearly demonstrates the members’ progression as writers. Hopefully they can keep up this level of momentum and intensity for future works. FUCK YEAH!!!