Cloakroom is a brand new musical entity conceived in the harsh rurals of north west Indiana. Doyle Martin, of disbanded pop punkers Grown Ups collaborated with drummer buddy Brian Busch and fellow Region native Robert Merkof. Despite the frantic, fast paced nature of their other acts, Cloakroom rarely touches on its member’s previous work. Instead they are found channeling the visceral vocals of David Bazan, laid over quiet ethereal guitar hums that slowly grow into pounding walls of sound, at times bringing to mind a more stoned, yet delicate Jesu.

Undoubtedly, comparisons will be made spanning an array of genres from stoner metal to 90′s emo, but what Cloakroom have created with is a flawless conglomeration of sound that until now has yet to be heard. Release date, cover art, and pre-ordering information for the band’s debut LP ‘∞’ will be available shortly, but for now check out the fifth track, “Mind Funeral” below. 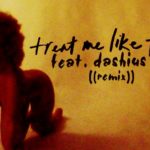 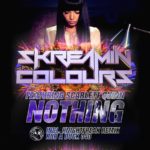