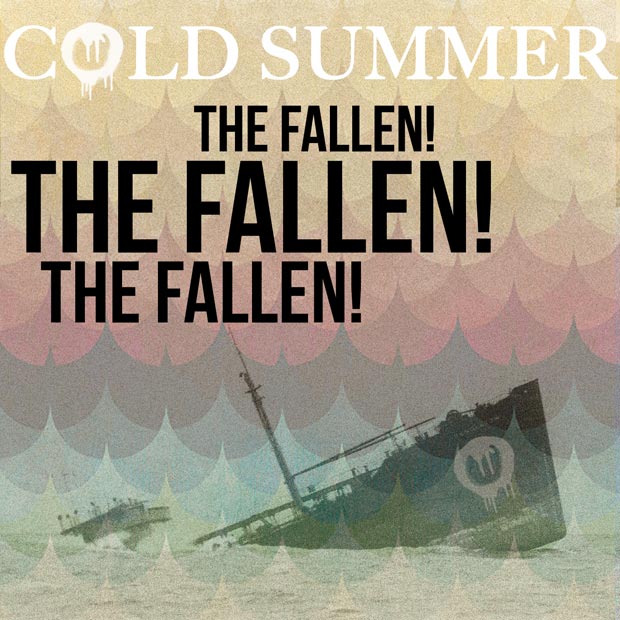 Post-hardcore band Cold Summer’s latest track “The Fallen” is now available here for free download! You might consider Cold Summer to be “post-hardcore,” but this is a band whose sound runs much deeper than that. They’re more akin to a hybrid of hardcore, melodic, punk, and rock influences all blended into one. The band worked incredibly hard throughout 2011, crafting and refining their sound for their debut EP Transitions released in January 2012. The release of the EP was accompanied by several live shows to spread the good word.

Unlike many groups who get into a multi-month touring cycle after a release, Cold Summer got right back down to writing and recording with the intention of releasing something sooner rather than later. This went along with continuing to play live which really helped them get even tighter as a group. They aligned themselves with producer/engineer Bob Cooper (Nai Harvest, Calls Landing) and after some recording came out with a follow up EP titled Wake. Wake presents Cold Summer in a more polished and pronounced light, reflecting the band’s “huge” live sound. With such a ferocious sound and hard working attitude, Cold Summer are likely to be a name you hear for a while to come.