The Skinny: The cleverly named Psychothermia is a product of brotherhood, hard work, dedication and even a bit of insanity. They are a four man band from San Diego and have performed for years with one another. In that time, the group has developed a reputation for fierce energy. Taking this chemistry and then putting it towards a brand new project was just what the doctor ordered for the foursome. The band officially made their debut together on April 22, 2012, but prior to that they were known as Canobliss. Unfortunately calling themselves Canobliss posed some legal issues for the guys which prompted the name change.

In their time together Psychothermia has toured through fourteen of the fifty U.S. states and have opened for a few huge new rock groups including Disturbed, Avenged Sevenfold, Stone Sour, Hell Yeah and Bio Hazard. They’ve also released three albums, one of which hit number one at several college radio stations across the country. If you haven’t heard of them yet, check out Psychothermia’s “Crazy X” available here for free download! 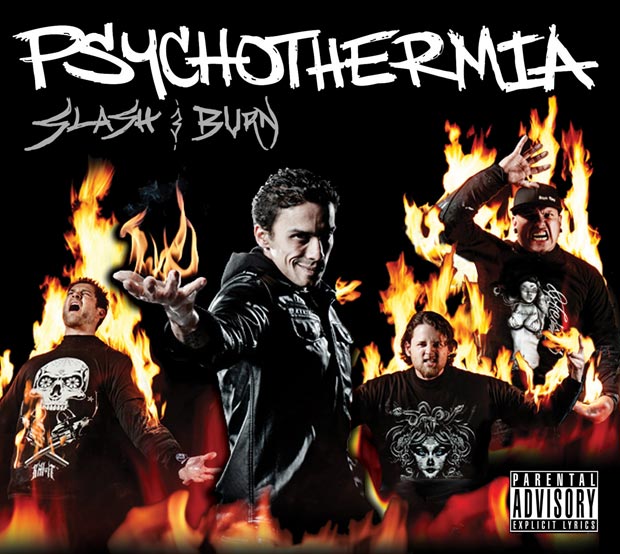