The Skinny: It’s unfortunate that we don’t see many pure rock/metal bands like Beneath anymore. From Tulsa, Oklahoma, Beneath formed in 2004 as a quartet. Many new members have come and gone and the band even expanded, not just by one member, but by two. As true fans of rock and metal, Beneath lists some pretty awesome influences that have made them into the group they are today, including Cold, Soilwork, Sevendust, Incubus, Pantera, As I Lay Dying and many more.

Beneath has been fortunate enough to already have played with bands such as Trivium, Joey Belladonna, With Blood Comes Cleansing, Sworn Enemy and the Human Abstract. Over the years, they recorded thirty songs that they all self-released as they tried to figure out their sound and line-up. For long-time fans of the band and those of you who are just now discovering them, enjoy this exclusive, FREE download of the song “Defy The Idea.” Enjoy, share and “like”! 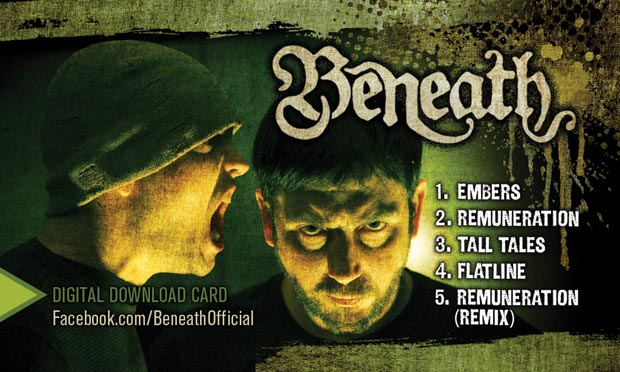