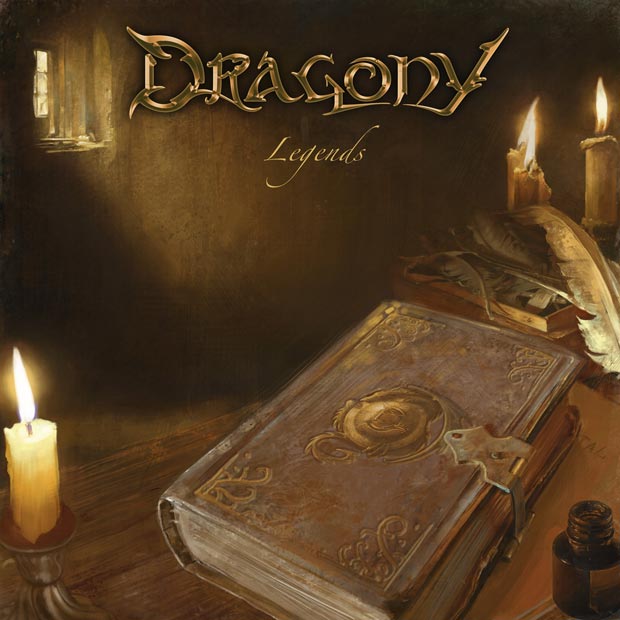 Legends is a power metal album wholly dedicated to tales of swords, sorcery, dragons and all things fantasy. As one would expect from a symphonic, power metal band, there are tons of keyboards, soaring vocals and riffs that build to moments of epic proportions; the songs themselves could be considered “epic” with some running well over eight minutes long. I think Dragony has done a decent job on this record and it fits in quite well with many of the genre’s other acts.

The problem for me though (besides the length of the songs), is that the album isn’t really unique, nor does it stand out from other similar bands. Don’t get me wrong, the songwriting is great, the storytelling interesting and the musicianship noteworthy (these guys really know their way around their instruments), but the disc just doesn’t leave a lasting impression. Hardcore fans of symphonic power metal will probably eat this one up, but overall Legends just does nothing to excite me that much. It’s not bad by any means, I just don’t think I’ll be revisiting it anytime soon.

Check out the song: “The Longest Night”